Today’s picture shows the dam outside the house totally frozen. We are thinking of having some sort of long distance skating race on it. 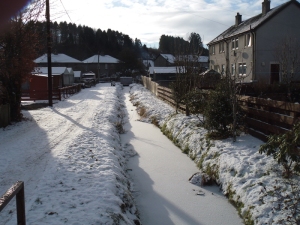 It is still freezing, as you can see from the picture above, and cycling is just a distant memory. At least we didn’t have to start the day by unfreezing any pipes so that is a step in the right direction. I had to go to the health centre in the morning to have an asthma check and it turned out to be  all right, I’ve still got it. After the check I went off buy some more bird food and then went along to see if the redwings were still in evidence at the big cotoneaster.

They were still there but tended to lurk in the middle of the bush which made them hard to capture with the camera. I stood around for a bit, unsuccessfully trying to catch a seagull in flight when I got bored. At length, a redwing did condescend to appear in public but it was still trying to hide behind a twig.

After a while, I went home to the more familar world of the garden feeder.

Goldfinches don’t hide in a bush. This one was basking in the afternoon sunshine.

..and this one was pretending to be a vulture.

In between taking gratuitous bird shots, Mrs Tootlepedal and I shifted beds, put on duvet covers, moved chairs and generally prepared for the festive season. When I say Mrs Tootlepedal and I, I of course mean Mrs Tootlepedal with very occasional assistance from I. She is a Trojan.You can see how much I was involved by the fact that I noticed that the redpolls were back. 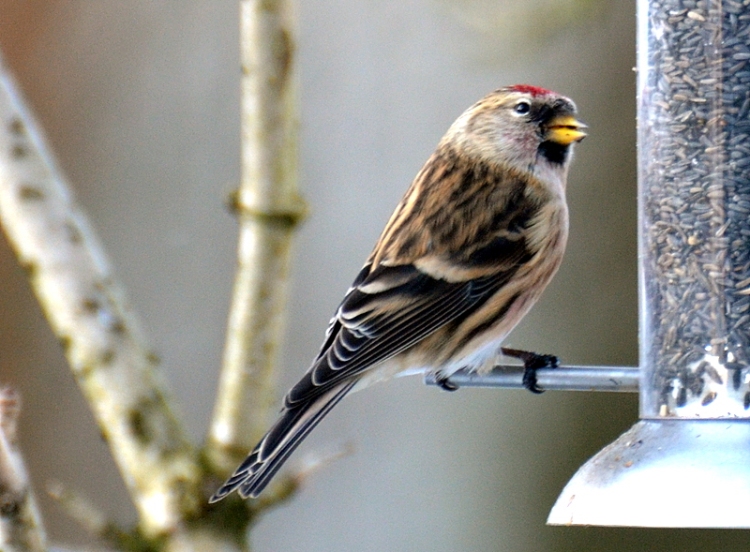 and with a friend 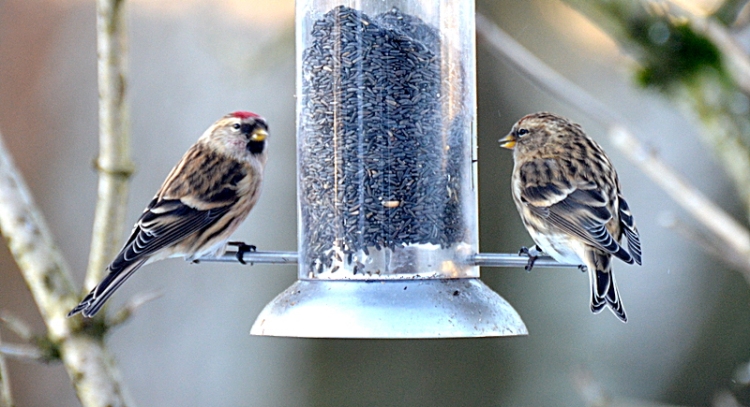 I think the one on the right is a redpoll too. The tail looks very similar. You can just see the red on the head in the shot below.

This is definitely not a redpoll 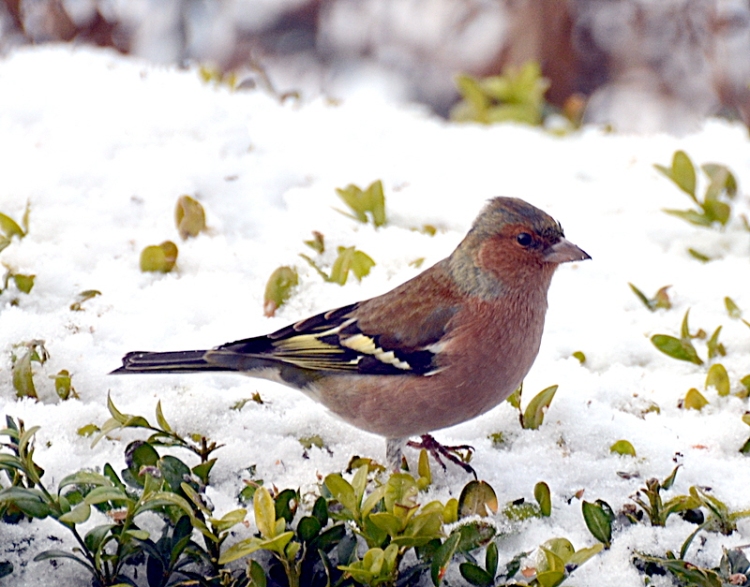 We got the Christmas tree out of the garage but it had unfortunately frozen into the bucket of water we had it standing in and we had to wait for it to unfreeze. It is of a modest size this year in order to make room for our guests.

There was a sparrow or two about while all this was going on. 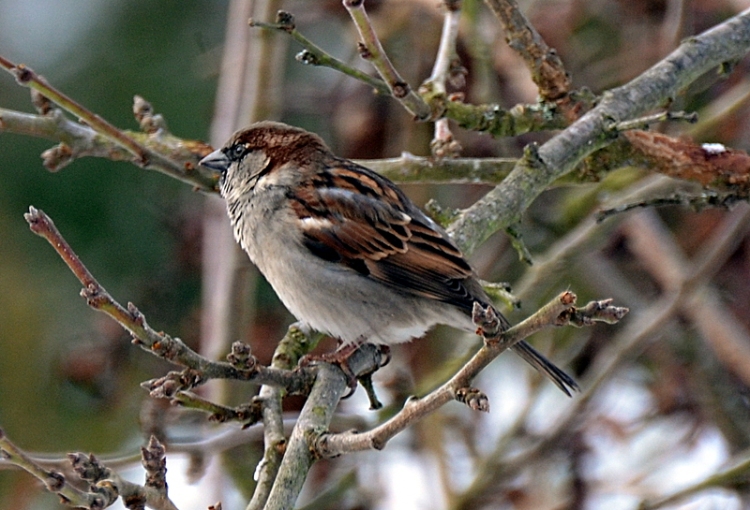 I put the Christmas cards up and all in all, we are ready for Christmas although I realise that it is a bit early for all this fuss. Our only excuse is that we haven’t actually put any decoration on the tree yet. Alistair, our son, will do that when he arrives tomorrow.

In the evening, I went archiving with Jean and Sandy and a lot of good work was done. We went to the Douglas afterwards and the beer was excellent as it usually is.

When I was going out, Mrs Tootlepedal was embarking on a walnut and banana loaf. However, as it turned out, she didn’t have any bananas in the house and so she told me that she was going to do it without the bananas and the walnuts*. I can’t wait to taste it.

We are just keeping our fingers crossed that the weather is kind and all our guests actually make it, not least because, if they don’t, there’s going to be a lot of turkey rissoles to eat.

*When I got back from the pub, she told me that she put other things in it instead.