Today’s flower is another bergania. They spring unnoticed from beneath cabbage like leaves.

We were greeted by howling wind and lashing rain when we woke and after a brief telephone consultation, Dropscone and I wisely decided that the day was not suitable for the morning cycle. As a result I spent some time after breakfast putting a week of the E&L into the database which is a thing  I never usually attempt before lunch. Luckily the absence of cycling didn’t mean the end of the world, as Dropscone appeared for morning coffee bearing girdle scones anyway.

The wind had done quite a lot of damage to the just blooming daffodils in the garden and Mrs Tootlepedal picked a few of those that had been knocked over and brought them inside as cut flowers. 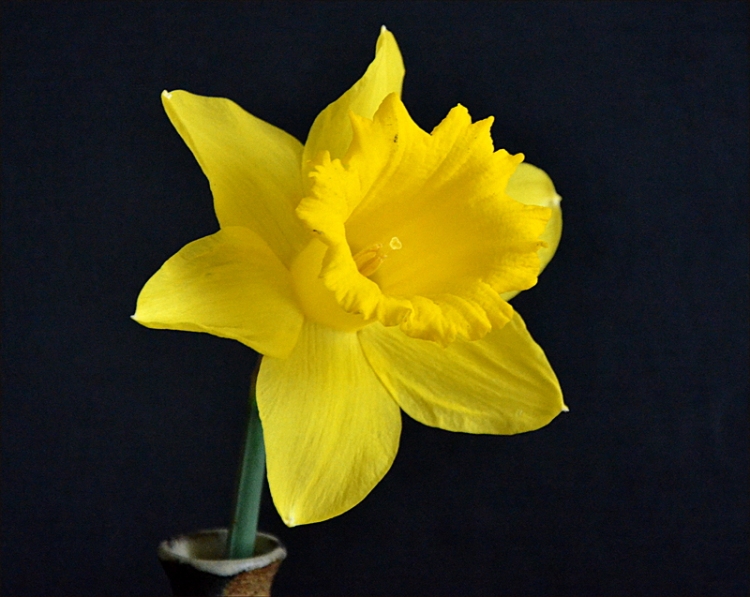 I must say that photographing flowers indoors involves a great deal less crawling about than it does when you are working in the real world.

After lunch, although the wind continued to be very gusty, the rain went off and a lovely sunny afternoon appeared. Mrs Tootlepedal went out to remove a photinia which had not being doing well and replace it it with flowering currant. I helped as well as I could by keeping out of her way.

It is hard for the casual viewer to realise just how much work Mrs Tootlepdal puts into the garden every year. She is always improving, experimenting and altering.

I wandered round looking for flowers to snap.

I had thought of going out on the bike once the sun came out but the wind didn’t relent at all and I thought better of it. It was very pleasant in the relative shelter of the garden watching Mrs Tootlepedal at work and lending an occasional hand in the warm sunshine. When we went in for a well earned cup of tea, I kept an eye on the birds at the feeders.

In the evening, after currying the last of some lamb stew which I had about me for my tea, I went to the Archive Centre with Sandy and Jean. Jean and I put two more weeks of the E & L into the database while Sandy experimented with our portable scanner. Three weeks of the E & L in one day certainly made me feel that I had earned our usual visit to the Douglas for refreshment.

I end with a goldfinch enjoying a bask in the sun. 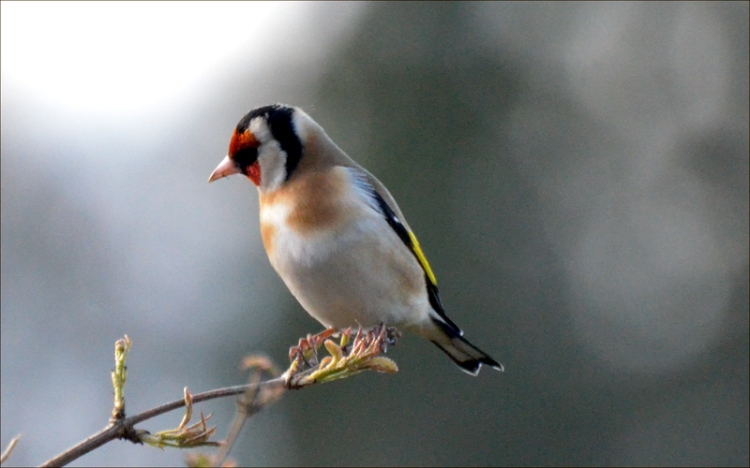 9 thoughts on “Rained off”