Today’s picture is of my flute pupil, Luke. He has been practising hard and is making good progress.

The weather dawned fine and warm but the forecast threatened rain later. Dropscone was taking medical advice so I was on my own for a pedal. I had met Kevin, a near neighbour and bike enthusiast, at the concert last night and he had promised to come round and help find the knocking noise on my speedy bike. He was as good as his word and came round after breakfast.

The first good thing was that he had a quick spin on the bike and could hear the knocking too. Nothing is worse than hearing a click or knock that no one else can hear.  After a bit of thought, he had the bright idea of putting his rear wheel on my bike and lo and behold, the knocking disappeared and the culprit was discovered. He kindly took my rear wheel away to check on the bearings and I went out on the slow bike. I had intended to do a 50 mile tour but I modified that to 40 on the slow bike which took about the same time as the 50 would have.

I made a tour of Waterbeck, Middlebie, Ecclefechan, Gretna, Milltown of Sark, The Hollows and home. Mrs Tootlepedal was taking our weekend visitor (non paying) back to the station while I was pedalling and I looked about with even more enjoyment than usual as I went round because our visitor had been so bowled over by the beauty of our surroundings and the quietness of our roads.

I had the little camera with me and stopped once or twice. 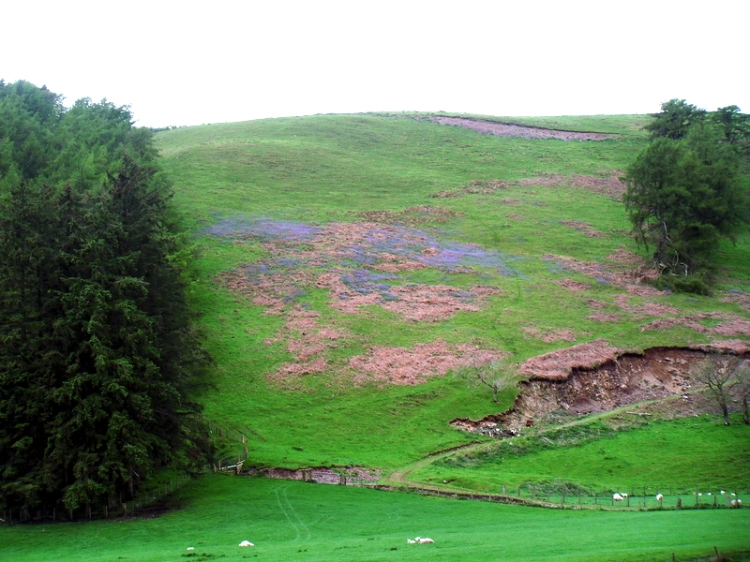 This patch of bluebells on an open hillside near Dunnabie probably shows that there was a wood there at one time. 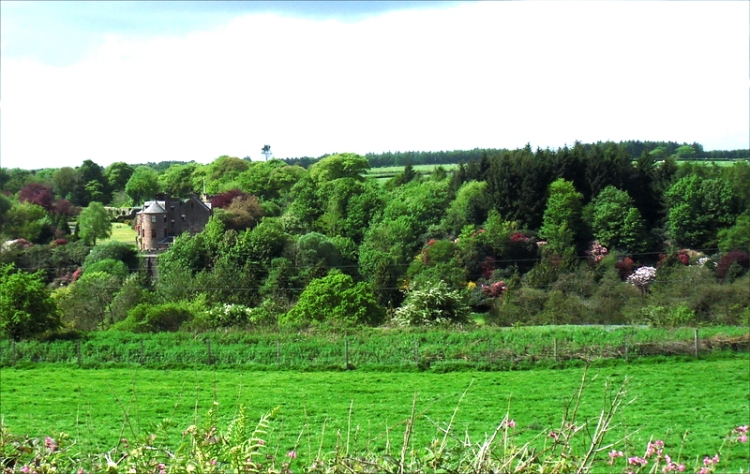 The little camera couldn’t do justice to this colourful garden near the old A74. 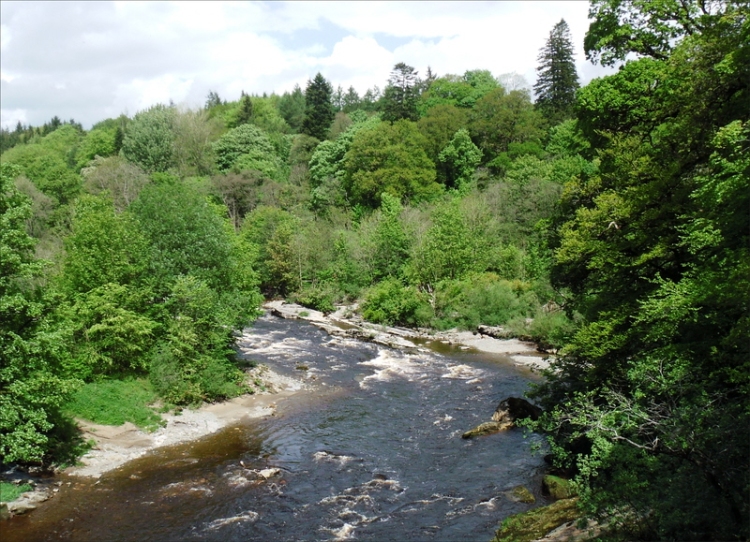 One of my favourite views of the Esk. This is from Hollows Bridge. The water was a deep brown after the recent rain. 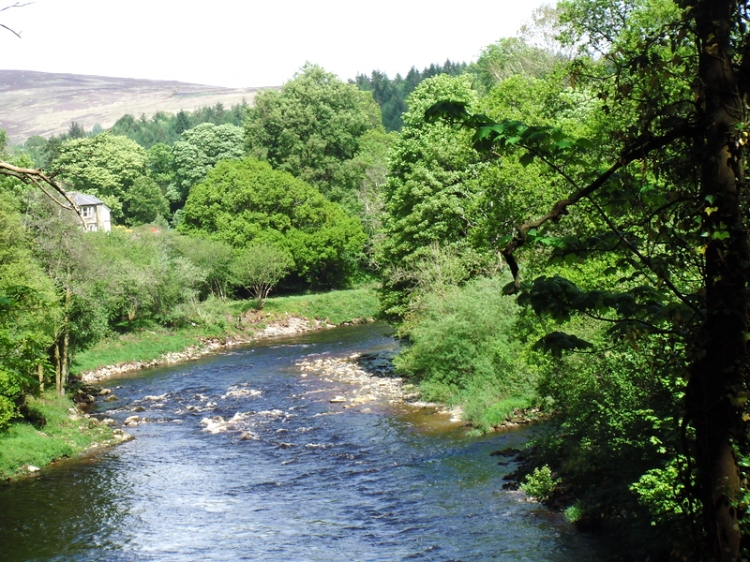 This is another view of the Esk, 3 miles south of Langholm.

Unfortunately, the recent rain had not produced a marked improvement in my breathing so I took the whole ride at a very solemn pace but as this gave me plenty of time to admire the views, I was quite happy.

When I got home, it was lawn care time so I buckled down and mowed both lawns. On the front lawn, the moss is not as bad as I thought it would be but it is badly infested with pearlwort and action will have to be taken in a week or two to see if anything can help. The other lawn is looking quite good for the time of year. One out of two is not bad. 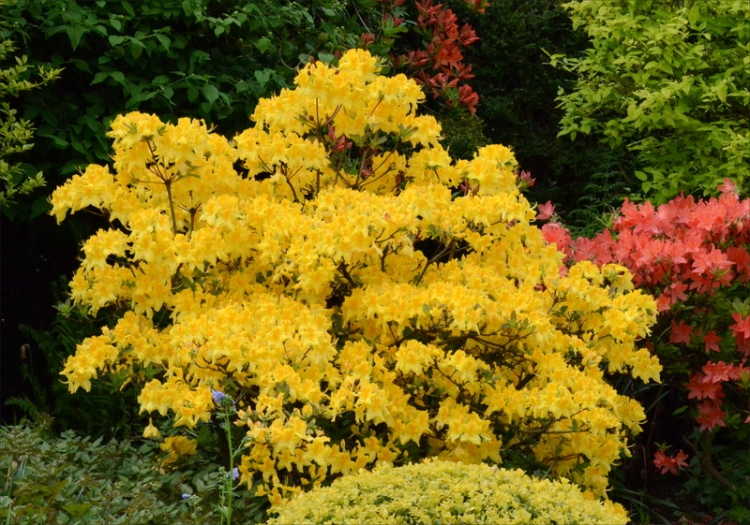 The rain has made some of the colours in the garden seem more vivid than usual and the yellow azalea has really filled out. Lurking behind the hedges, a Japanese azalea is also looking fine. It is small plant compared to the yellow azalea in the front but it it very striking.

The serried ranks and clumps of tulips and daffodils are gone now, dead headed as far as possible to encourage next years flowering, but here and there, a solitary tulip lingers on. 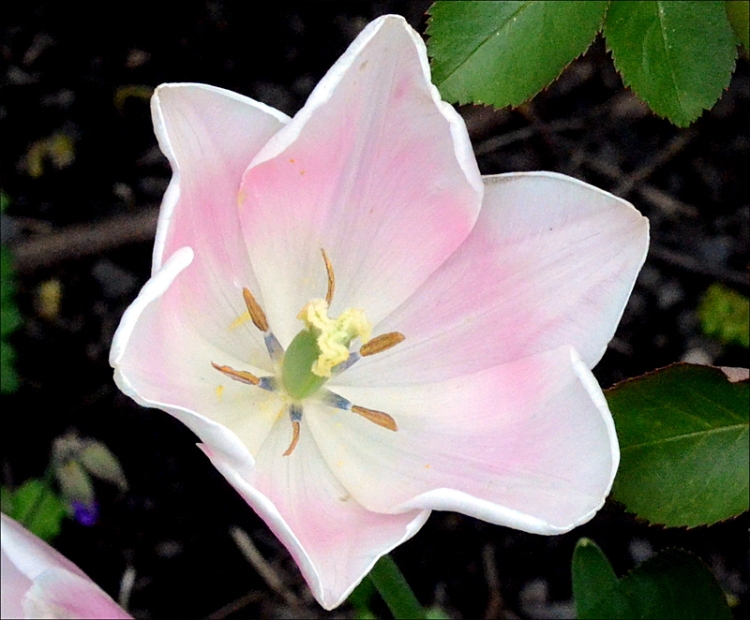 This one is bringing a touch of restrained class to the place. It is joined in the white team by a couple of white lilacs. 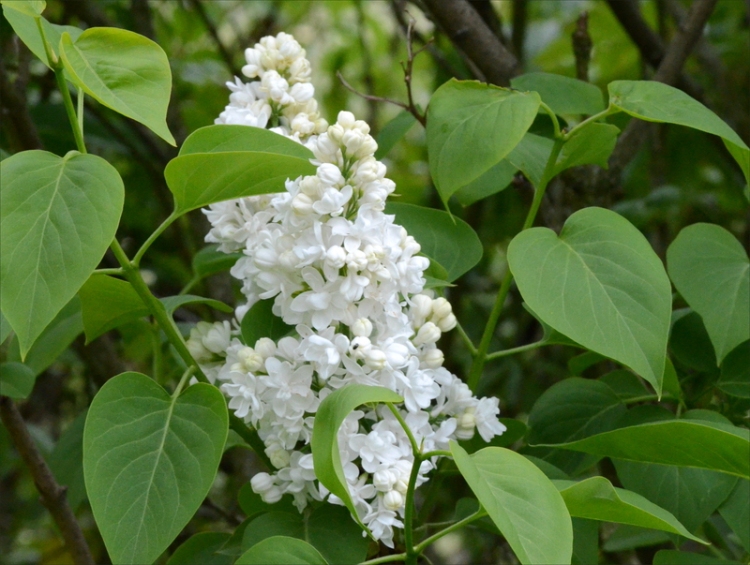 The vegetable garden is thriving in the rain too and I am keeping a close eye on the gooseberry bush for signs of sawfly or mildew. All seems well so far, touch wood. 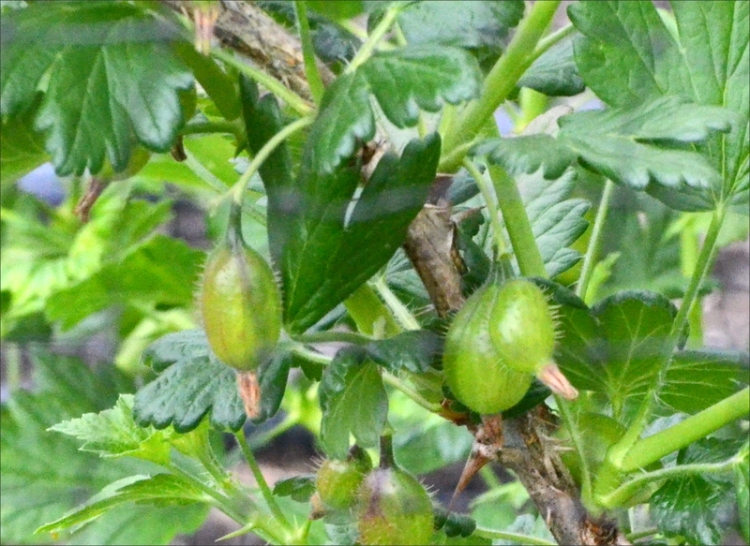 At the other end of the beds, the chives are cheerfully contributing to the colour scheme.

I was quite tired after the cycle ride and the lawn mowing so I had a relaxing time puzzling over an Azed crossword from a book. I find them very hard as I don’t know half the words in the answers even when I have worked out what they should be but for once I was able to finish one without any cheating. (It’s a great temptation when they have the solutions in the back of the book.)

I usually get about ten to fifteen e-mails a day so I was surprised to receive fifty today. I naturally suspected an outbreak of spam but it turned out that through some process, WordPress, who host this blog, had put a reference to it in a conspicuous place. As a result, the usual loyal readership of about 50 had gone up to 800 at the time of writing. Of these 800, many of the new readers had been kind enough to add comments, mostly to a post of two or three days ago. Hence the great number of e-mails. I would like to welcome any of them who have stuck with the blog until today.

I end with two or three pictures from the bird feeder.

We have B & B visitors from the USA today. They are researching family history and very much enjoyed a visit to Tullie house Museum in Carlisle.

On the speedy bike front, Kevin thinks the wheel axle may be slight bent. I wouldn’t be surprised after the battering it has had on our potholed roads. The wheel has done over 10,000 miles so a visit to the bike wheel shop is indicated.