Today’s picture shows a geranium adding a touch of colour to the garden. 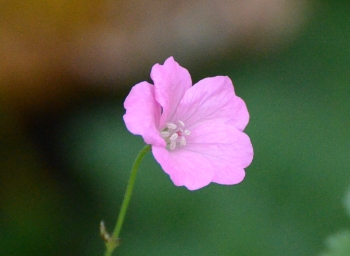 After having been rebuked both by Dropscone and by Mrs Uphilldowndale for too many numbers in yesterday’s post, I will say nothing but that Dropscone and I enjoyed a pleasant pedal in dry conditions today.  There was some discussion about the strength of the coffee afterwards.  I am trying a new bean from Argentina and after the rough attack of the recently drunk Moonsoon Malabar, it was a little too dainty for both Dropscone and Mrs Tootlepedal.  I will  make it so strong tomorrow that their hair will fall out.   I thought it was very nice.

The garden was rich in blackbirds today and I counted six in one section at the same time.

After coffee I spent some time stalking coal tits and even though the light was not brilliant, I managed a couple of improved flying shots.

After lunch, the mild weather and light winds tempted me up onto the golf course for the first time for a couple of weeks.  It is still pretty soggy but it was perfectly playable.  At coffee this morning Dropscone had talked of an interesting lecture on posture which he had seen on the Golf Channel (yes, there is actually a whole TV channel devoted to golf but there are many other channels devoted to other religions so this shouldn’t come as a surprise) and I applied his insights to my play with occasional success.  I will try harder next time as it seems useful.

When I returned, I found that Mrs Tootlepedal had continued the gardening equivalent of spring cleaning.  A bunch of lobelias had had their day.

She herself was engaged in a complicated mowing and dance routine. 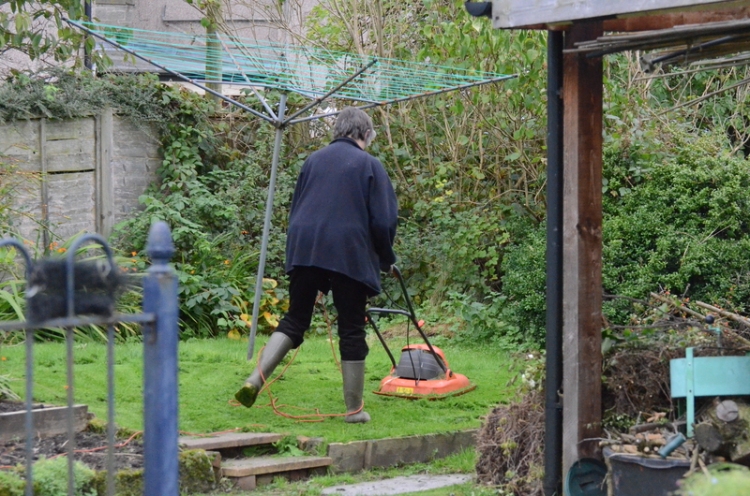 After a cup of tea, She took her mother off to Longtown for a visit to Boots the chemist for the purchase of necessities, while I got the slow bike out and drifted up the road to the Becks.

There was old style interest on my way…

…and modern gizmos too.

And standard views as well. 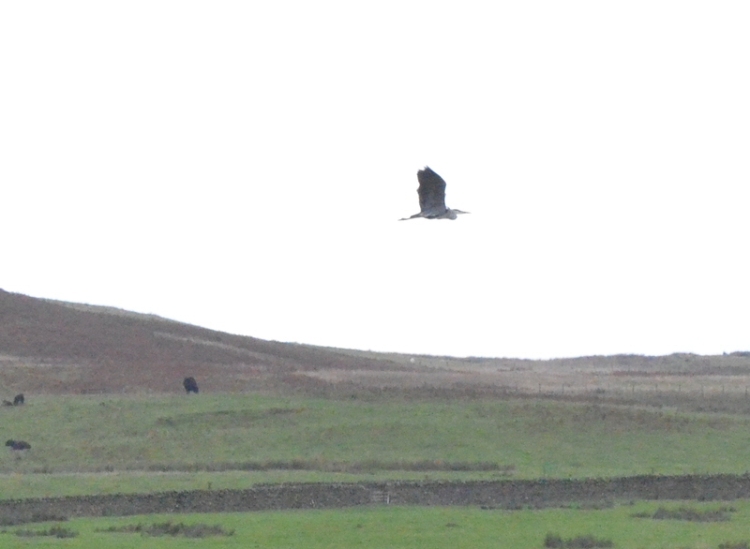 This passing heron wasn’t at all happy to see me and let out some strangely incongruous squawks for such an elegant bird.

In the evening, I went to the archive centre with Jean and Sandy as usual and we got through a power of work and as Jean said, we had earned ourselves a drink or two at the Douglas afterwards.  Sandy showed us the remastered 8mm films that his contacts had produced and they were very sharp and colourful.  There should be a lot of film about from the middle of the last century as little film cameras were popular then.  I even had one myself.  Unfortunately I didn’t take anything of interest with it.

2 thoughts on “A varied day”