Today’s picture from my sister Susan’s recent trip to the Balkans shows a fine Macedonian mosaic. 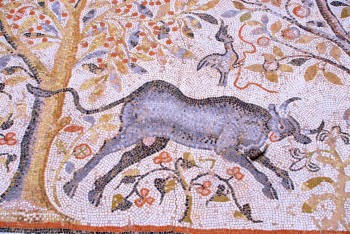 As the forecast was for rain at ten, Dropscone and I started our morning pedal at 8.30 in an effort to beat the weather.  We stopped for a moment on the way to allow Dropscone to put on a waterproof as it began to rain lightly just as we started.   This almost worked well.  As soon as we set off again, the rain stopped and we almost got round dry.  Unfortunately, because of the delay to pick up the waterproof and my sedate pace up the hills on the slow bike,  we caught the rain over the last three miles.  Even so, the early start was worthwhile as it rained heavily after we got home.

This blue tit gives an impression of what the day was like. 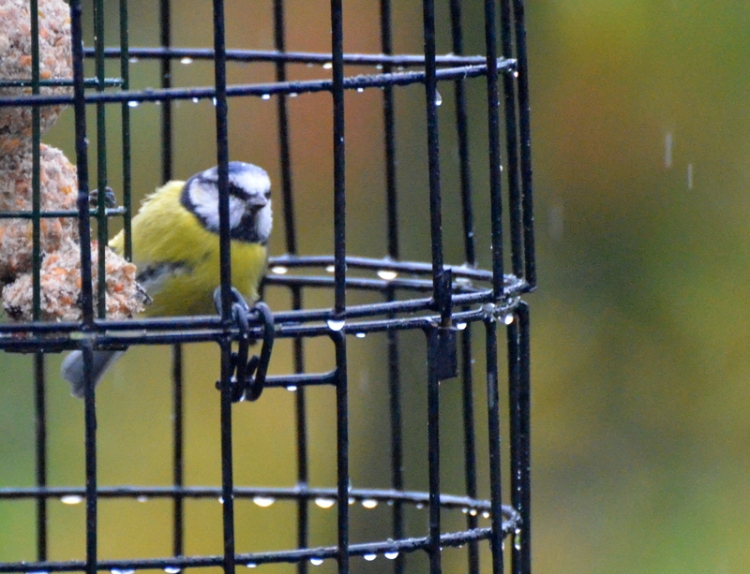 A sole goldfinch arrived at the other feeder. 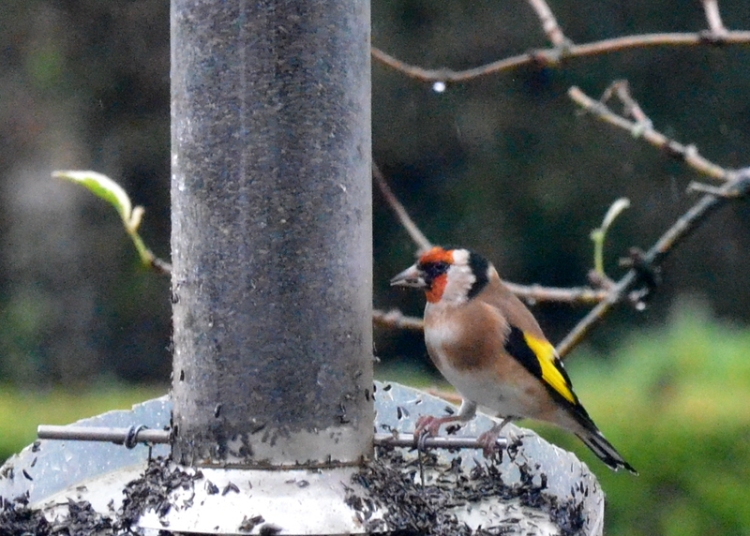 He/she was soon joined by a blue tit who wasted no time in proving who was the taller bird. 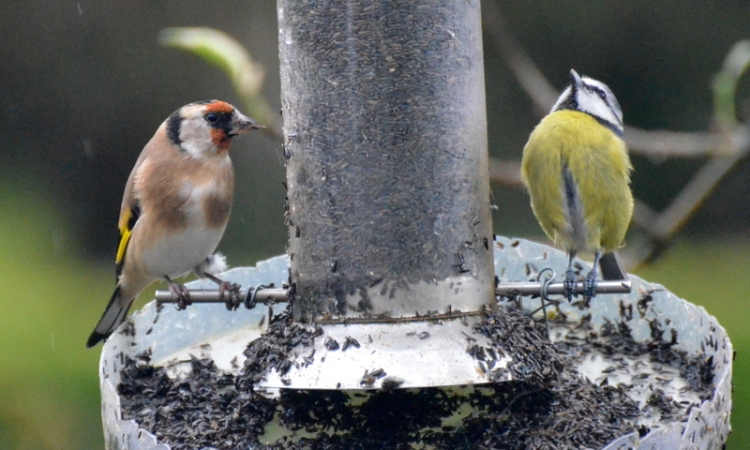 We are being visited by far more members of the tit family this year than last. 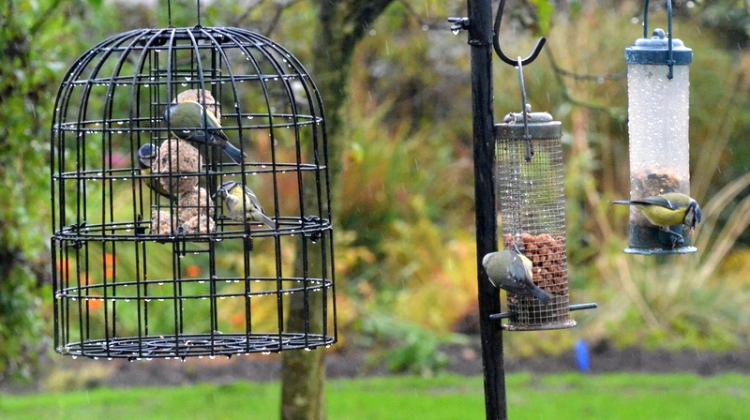 They seem to like all sorts of bird food.  There was a great tit watching from the plum tree. 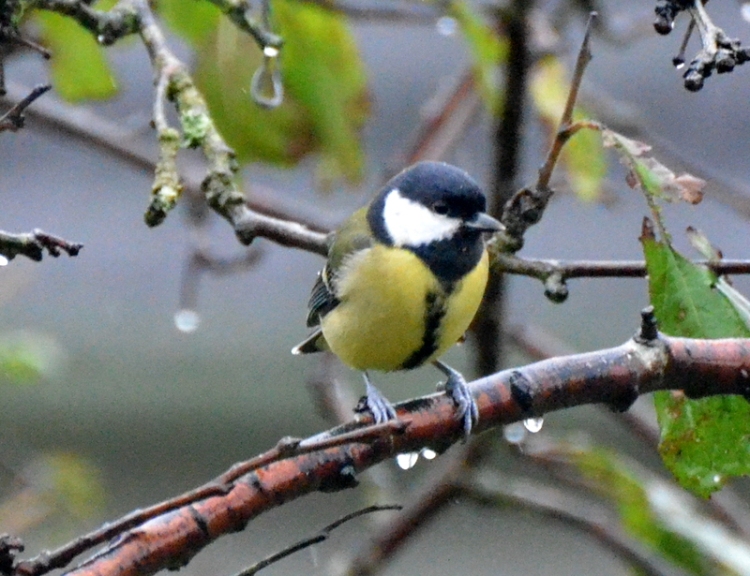 We just need a visit from some of the long tailed tits that go the feeders in Jean and Sandy’s garden to get a really good collection.

Since we had nothing to eat in the house, we decided to take Granny out for lunch.  We started off by visiting a new garden centre to the west of Carlisle.  Mrs Tootlepedal and I had visited it on bicycles on its opening day and we thought we would see how it has bedded in.   Its frontage is in unassuming log cabin style… 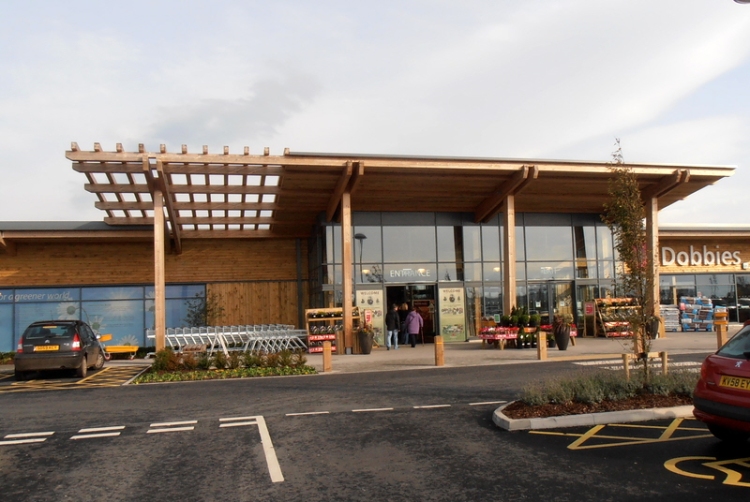 …but you could fit a couple of football pitches inside it.

I am sorry to say that they were playing Christmas music as we went in.  Bah humbug!  We had very satisfactory soup and rolls for our lunch in their pleasant canteen and then we went outside into the sunshine to see the sort of things that one goes to a garden centre to see.

Just the sort of things you would expect to see at a garden centre.

Oh, and there were some flowers and stuff too among the petting zoo and the Christmas novelties.  I bought a new bird feeder with a slightly more elegant undertray than the one I have been using.

Then we took Granny on a short tour of the Solway shore from Anthorn to Burgh by Sands.  Mrs Tootlepedal and I like to cycle round there because it is both scenic and pretty flat which is a rare combination.  Granny was greatly struck by the beauty of the countryside and the lack of traffic on the roads as she comes from the congested south of England.

We headed home through Carlisle and stopped for a moment to take this picture with my little camera of Skippers Bridge to show that the trees are just beginning to turn after the frost earlier in the week. 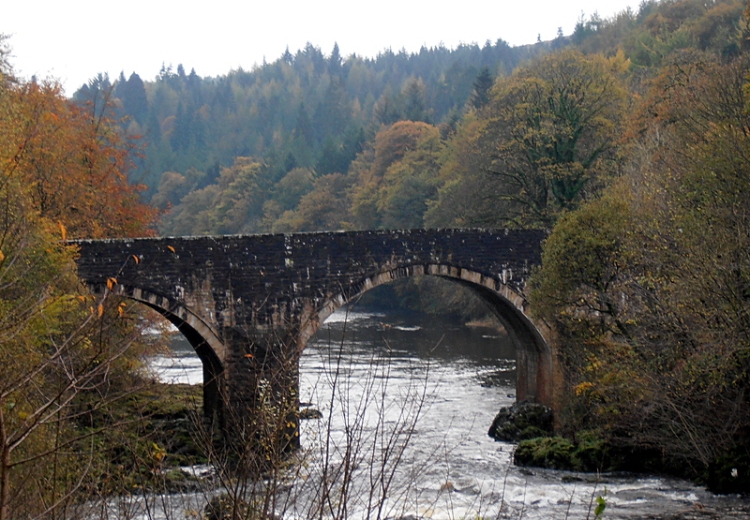 When we got home, I hung out my new feeder.  I hope the birds are as impressed with it as I am.  It has a hook so I put a second feeder underneath it. 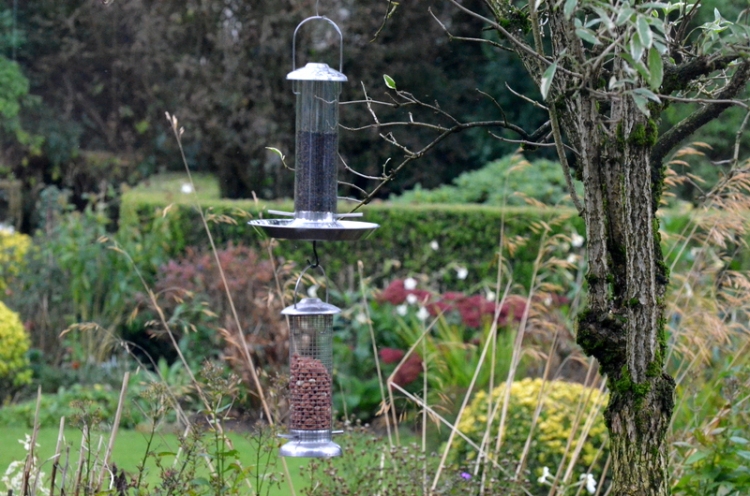 I am trying to use up the peanuts because I have had them a long time.  The birds eat them but they don’t seem to go down and I don’t want them to go mouldy.

In my list of survivors in the flower garden, I missed out the million bells petunias in the chimney pot near the feeders. 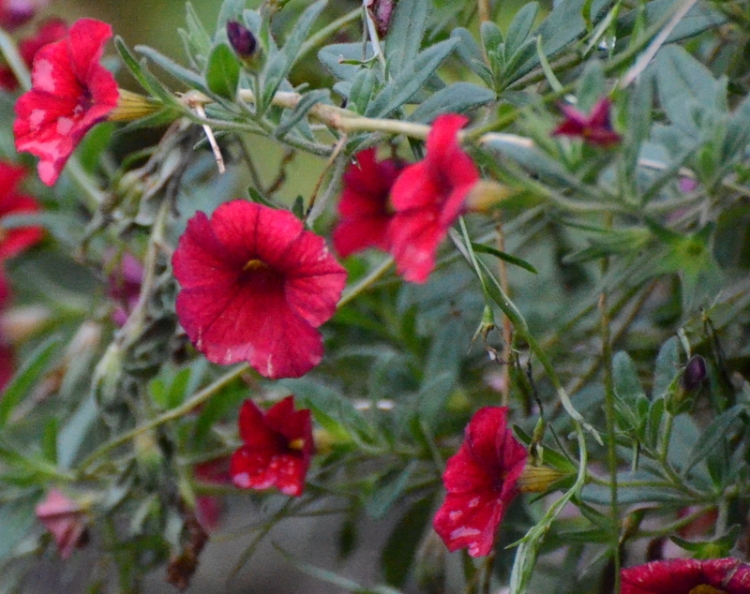 Mrs Tootlepedal said that on the Autumn Watch TV show they were saying that blackbirds with black beaks have been seen.  They were asking for viewers to send in pictures.  I will keep my eye for one but this is all we have at present. 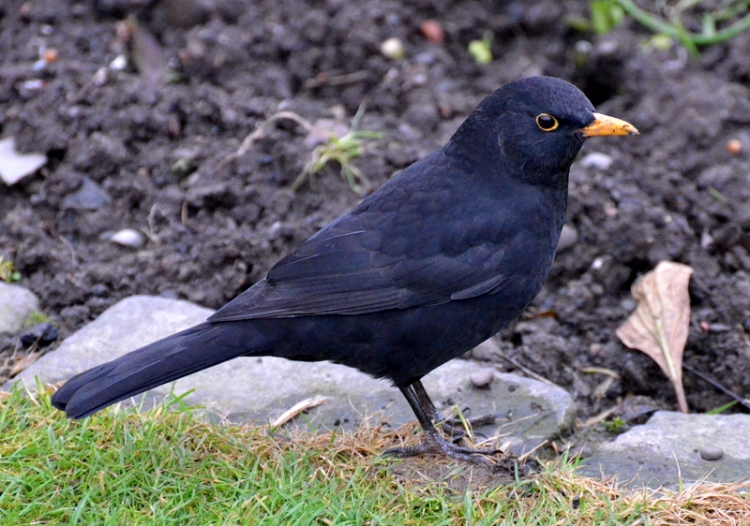 Granny’s visit comes to an end tomorrow.  It has been a great pleasure to have her with us.

For enthusiasts of the game, I report that my expert source says that the refereeing may have influenced the outcome of the Rugby World Cup Final.  I didn’t watch it as the arbitrary nature of the refereeing decisions makes me mad.

2 thoughts on “Coasting along”