Today’s picture shows a siskin on the peanut feeder. 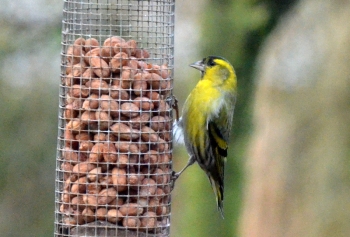 It gets pride of place because the peanut situation has had to be rethought.  I had noticed very little traffic on the peanut feeders of late and when I came to think about the matter, I realised that because the peanuts in the feeders were going so slowly, they had in fact now been purchased a long time ago.  I checked them out and found signs of mould so I threw them away and went up to the town to buy some fresh ones.  The peanut seller told me that he had had very slow take up of his peanuts in his backyard but that when he turned to a different supplier, the birds had returned with relish.  I have bought some of his new peanuts and await with interest to see if there is renewed activity on our feeders.

The seed feeders continue to do brisk business.

It was another beautiful, sunny day but once again the near zero temperatures put me off the idea of cycling so after lunch,  while Mrs Tootlepedal went off to a meeting of the Embroiderers’ Guild, I packed my camera and set off for a walk.

I went through the town and along a walk that runs along the lower slopes of Whita Hill.  It is a good walking track through the woods at the start. 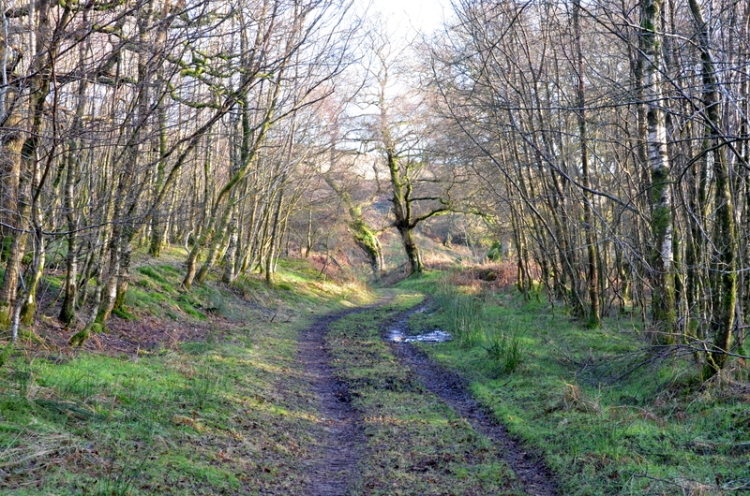 The views through the sunlit woodland were delightful. 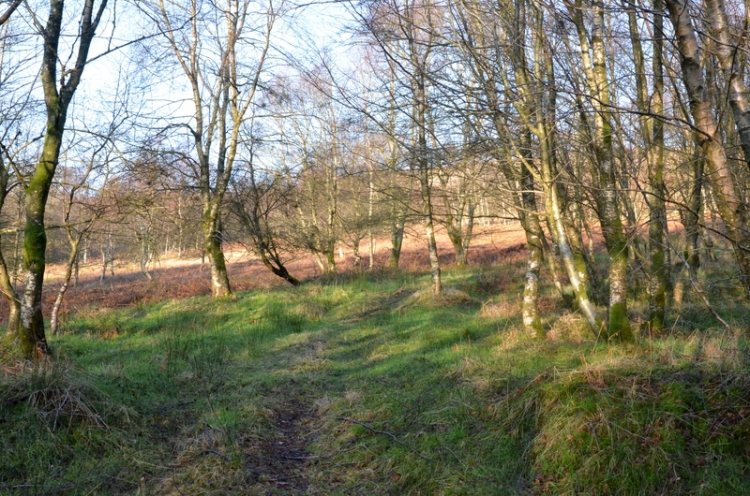 Finally the track leaves the woods for more open country.  This is the last wooded section. 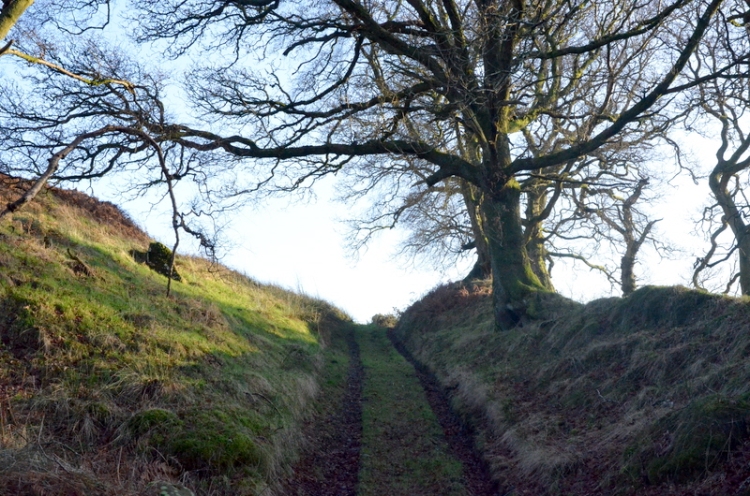 As I climbed up this little gully, I heard my name being called and looking over the ridge on the right, I saw Mrs Bell, an indefatigable walker and a work colleague of Mrs Tootlepedal.

Leaving the woods, I walked briskly along to Broomholmshiels and then turned up the road to the moorland bird feeders. I knew that Dr Barlow was not well and wondered if the feeders might need filling.  On my way I saw a buzzard fly up to perch high on a pylon.

When I got to the feeders, they did indeed need filling but there was no spare seed in the bins so I was only able to top up the peanut feeders.  They were soon very busy.

To my great delight a woodpecker landed on a tree.

It backed slowly down the tree trunk and then hopped nimbly onto the feeder.

I was even more delighted when a second woodpecker put in an appearance.

I was just looking forward to having a fine time shooting double pecker activity when a car drew up and a voice shouted, “Hello Tom.”  Rather too late, he added, “Oh, were you taking photographs?”

Just as the birds began to return, a sparrowhawk flew across in front of me and scattered them again so I gave up and walked home.

I walked down the road until I came to a dismantled railway bridge where I was able to walk for a short while along the old railway. 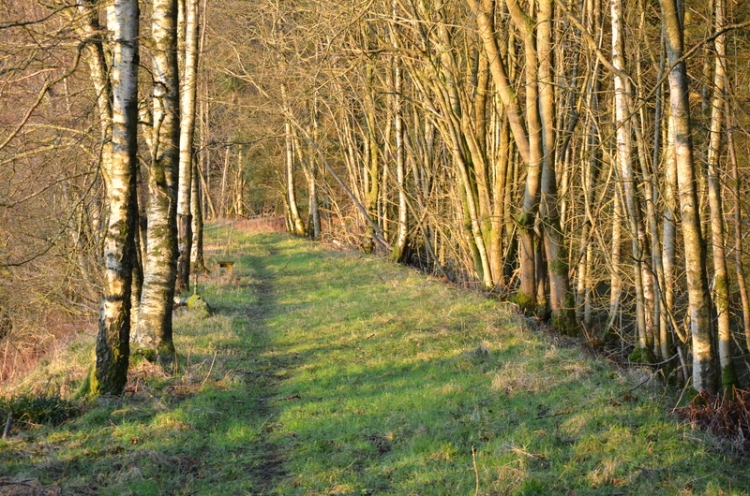 From there I was soon back at Skippers Bridge.  I am impressed by the skill of the scaffolders who have covered the old distillery building with their work.

I was able to walk home along the river bank because the recent landslip has been efficiently cleared away.  I arrived home exactly as Mrs Tootlepedal returned from her meeting.

Preliminary taste testing seems to show that the preparation time was well spent.  The crucial test will be how they taste when they have been toasted tomorrow.  Toasted tea cakes with  lashings of butter…life hasn’t anything to show more fair.

I had a good time watching two hours of Danish political drama on the telly in the later evening.  Chachun a son gout as they say.

5 thoughts on “A winter wander”