Today’s picture comes from a recent pop over to Paris by my sister Susan.

It wasn’t freezing this morning but it wasn’t noticeably thawing either and the snow in the town is sticking around.  A combination of cold weather and sore joints is keeping me off the bike at the moment and I am falling well behind schedule in the grand mileage scheme as well as missing the pleasant feelings that come with bike riding.

Mrs Tootlepedal went off to work this morning and I mooched around doing not much.  I am an expert in making a crossword and coffee experience fill up vast acres of time.  I did have to fill up the bird feeders too as they are going down at a great rate of knots under a tide of chaffinches, goldfinches and siskins.

I tried to catch some of the birds in a quieter moment.

It was rather cloudy again and the birds have to stand very still if I am going to get a sharp image.  Some were more co-operative than others as you can see.  The siskins are very lively most of the time. 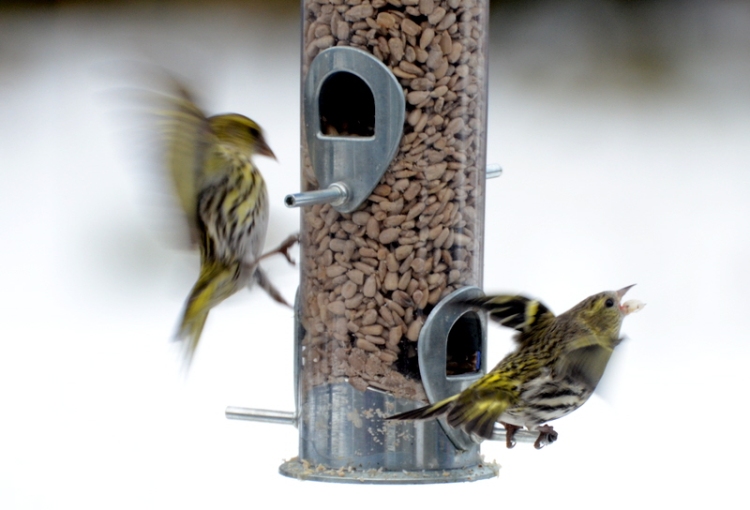 In this mood, they are far too quick for the camera.  An immoveable greenfinch kept one hovering long enough to (almost) freeze it in flight. 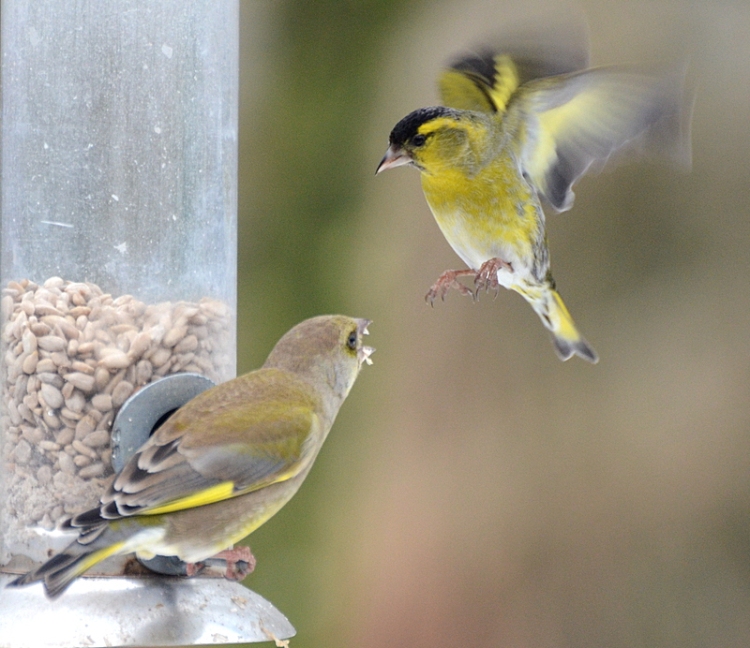 The chaffinches are easier to get as they are humming bird like in their howvering skills.

Sometimes they have time for their gym exercises.

Mrs Tootlepedal tried to tempt me out on a walk in the afternoon but I resisted and while she went off on her own,  I spent the time typing  a week of the paper into the index.  We have had three enquiries through the website in the last week and that always cheers us up as it means that people are looking at what we do.  There is never going to be a worldwide audience for an index to the Eskdale and Liddesdale Advertiser of the late 1800s as the information that there had been yet another temperance soiree is not earth shattering news so any attention is most welcome.

In the evening, I went to a concert at the Buccleuch Centre given by a group called Outside Track.  They were five traditional musicians from Scotland, Ireland, Vancouver and Cape Breton.  Like many of the young folk players these days, they showed the benefits of a musical college education and played with great verve and sophistication at the same time.  They had the good taste to have the volume at a human level so it was possible to listen to the music without our ears hurting.  They had a fine selection of songs and tunes, both fast and slow, new and old and threw in a couple of stirring step dances too.  That was the second night running that the audience left the theatre with a smile on their faces.

Mrs Tootlepedal had to miss the first half because of a choir practice but got enough of the show to enjoy it thoroughly too.

In the afternoon, prompted by Mrs Tootlepedal, I went out into the garden to photograph some snowdrops in the snow.  This was a test for the white balance on the camera settings.

These siskins show where all the bird seed went during the day.

Mrs Tootlepedal is working hard on the preliminaries for a quilt and I was struck by the pose of this siskin as it looks very like the outlines you can get for applique birds.  You see this pose on decorated plates too. 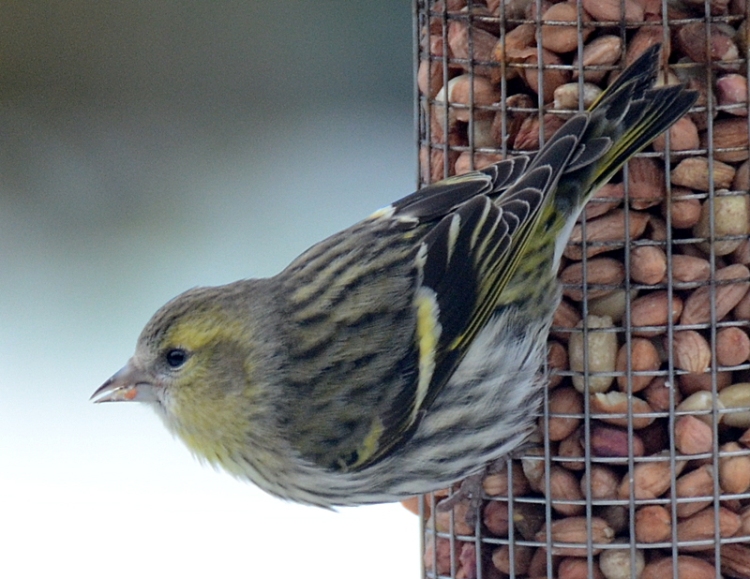 I finish with an obliging chaffinch who wasn’t even flapping his wings when he went past. 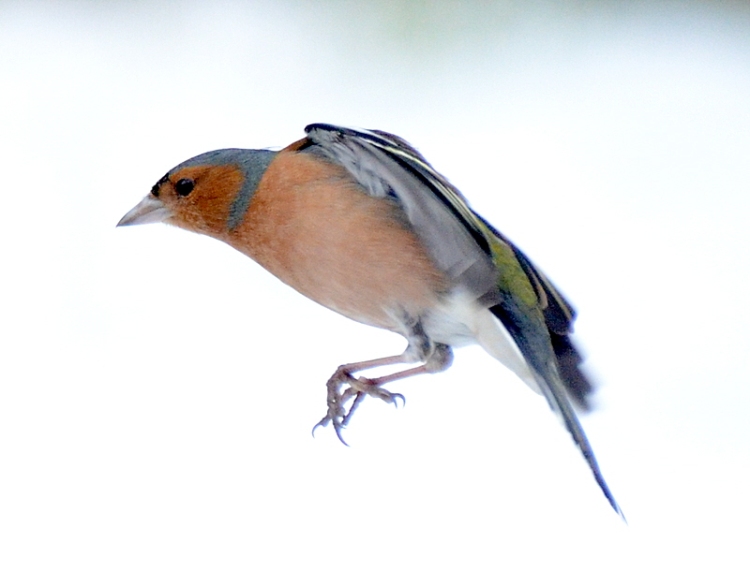 12 thoughts on “On the right track”