Today’s picture, from my daughter’s recent outing, shows a building in London known as the Shard.  She likes it.  She is in a minority. 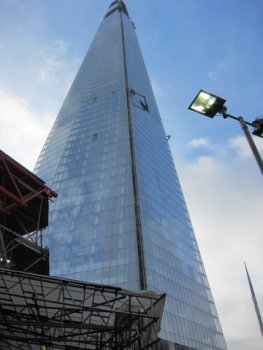 It was a mild, very cloudy, slightly damp day again today.  As I had offered to go and fill the feeders at the moorland feeder station, I was a bit disappointed as it was not a photo friendly day at all.  I took a picture of an early morning pair of siskins in our garden before I left, just to put some colour into the day. 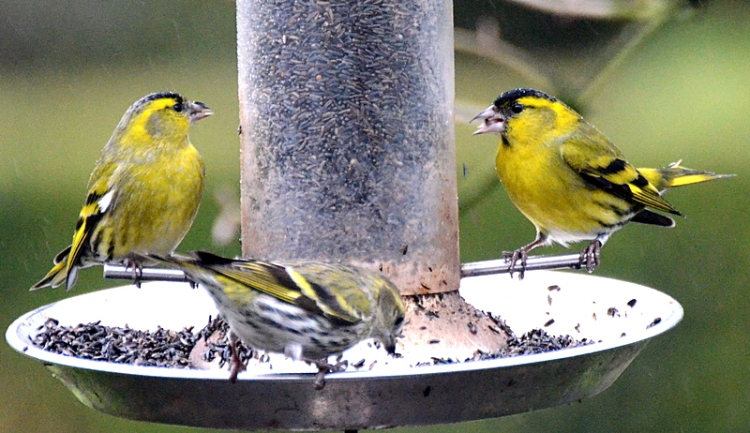 Then I put my wellies on and drove to the feeder station.  The feeders needed filling and when I had finished, I did a bit of lurking in the hope of seeing some interesting birds.  It’s always fun to see a woodpecker and today I saw two which was a bonus.

I had shifted one of the peanut feeders nearer to my lurking point but the woodpeckers disobligingly ignored it and stuck with the further away one. 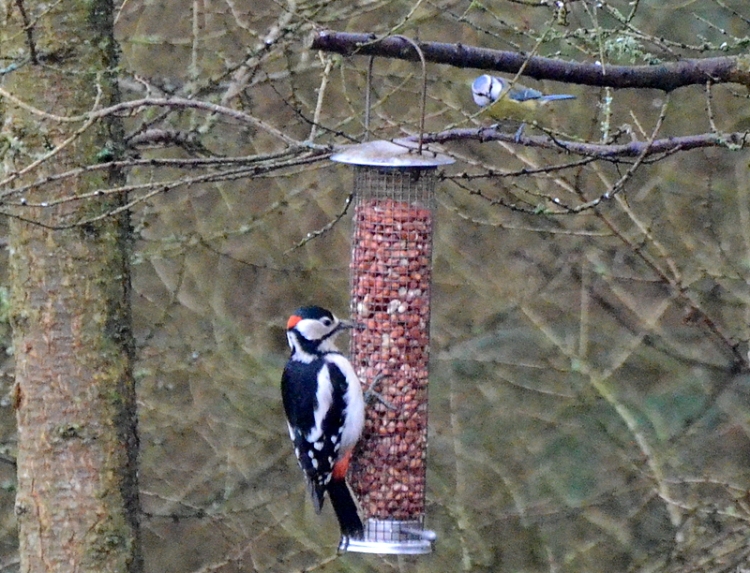 I like the blue tit having a peer from above to see what is going on.  It wasn’t any less gloomy up at the feeders…

The queues at the feeders in our garden were even more relentless today than usual.  I would have thought that with the warmer weather, there would have been less pressure on them but it seems to have increased over the last two or three days. 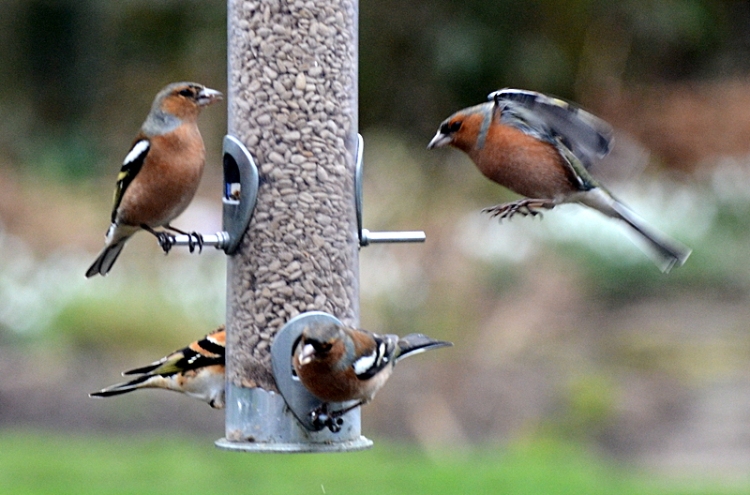 I refilled the big feeder three times during the day such was the demand.

Mrs Tootlepedal went to church to sing in the choir while I was up at the feeders and when she came back, she rushed out again to an antiques and collectors fair in the Buccleuch Centre.  I am an antique but not a collector so I left her to it.  She came back with a very pretty little Caithness glass vase and put some snowdrops in it to show it off.

I had a light lunch and went off on the speedy bike to see if I could cycle two days running without coming to harm.  I avoided any steep hills by heading south down the A7 and boringly went straight down for ten miles and then turned and came straight back again.  There was a steady drizzle but the wind was light and it was quite a pleasant outing (but with no opportunity to use the little camera).  To keep the pressure off my swollen ankle, I used a low gear and kept up as quick a cadence as I could manage and I was surprised to find that I did the journey in only a minute over 15 miles an hour without putting any pressure on my breathing at all.  Maybe I am better than I feel.

I certainly felt quite well when we drove down the same road to a garden centre later in the afternoon.  Annoyingly it became apparent that half a mile beyond my turning point on the bike, it hadn’t rained at all.   Mrs Tootlepedal bought a Christmas box (Sarcococca) which has a wonderful scent.  I bought a small amount of a fancy bird food to see how it goes down and a large chuck of sheep’s milk cheese.  We both were very happy with our purchases.

Dropscone is back in the country after his holiday in France and should be home tomorrow.  I am looking forward to going round the morning run with him as soon as the weather permits.

I end with a greenfinch photographed in poor conditions this morning.  He looks as cheerful about the weather as I am. 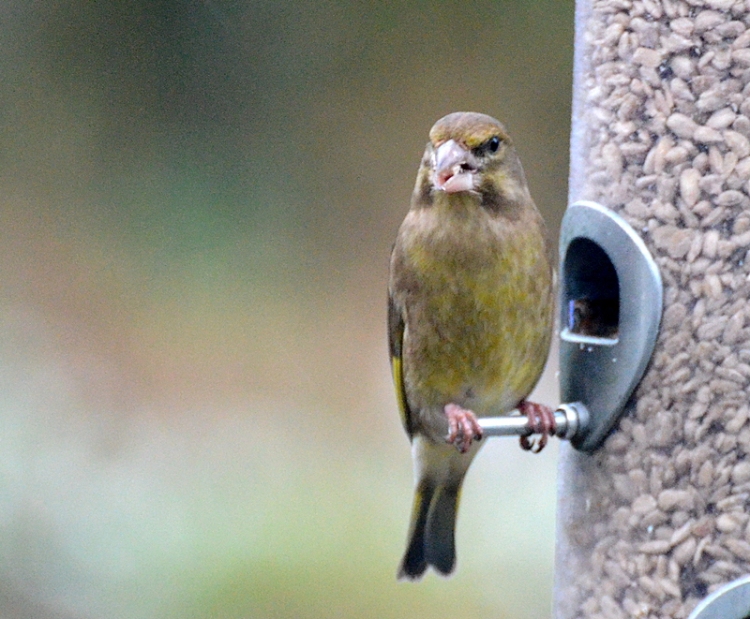