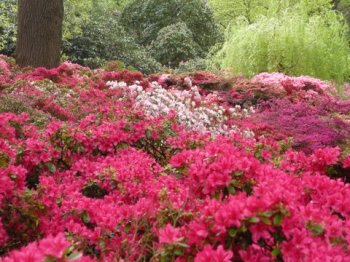 Our blossom is in no way so forward but today was very sunny and we are promised a big rise in temperature over the next few days so we live in hope.

After breakfast, Sandy rang up to say that the nuthatches were still at the nest which is good news for us photographers. I couldn’t got to join him because Mrs Tootlepedal was going to church and I was going to commune  with nature through the medium of the slow bike which I took out for an eight and half mile run.   My aim was to average 10 miles an hour and I managed 10.1 so I was pleased with my pace judgement if nothing else.  It was a wonderful day for bicyling but still with a chilly north easterly wind so there was no chance to get the shorts into play.

I was surprised and delighted to see a deer by the side of the road at Bessie Bell’s.  It lingered for quite a while before moving off but by the time I  had stopped and got the little camera out, it was just a speck as it loped off down the road in front of me.

It had scampered across a field and disappeared into the woods by the time I had got to the bottom of the hill.  I stopped near Wauchope Schoolhouse to take a picture of the confluence of two of the little burns that go to make up the Wauchope Water.

All this stopping to take pictures cost me a cycling glove because I lost one somewhere along the way and although I retraced my steps and kept a good eye out on the way home, I couldn’t find it.  Still with all the forecast good weather to come, I probably won’t need it in the near future.  (That’s tempting fortune.)

There was just time for a slice of toast and a cup of coffee before Susan came round to give me a lift to Brampton where we were going to have a final practice before our concert in the afternoon.  The practice went well and we drove on to Lanercost Priory, a most picturesque old building of which I would have taken many outstanding pictures if I had remembered to take my camera with me.  I later found it in the pocket of the trousers out of which I had changed into my recorder playing trousers. C’est la vie.

The concert, which was in memory of the husband of one of our group, was very well attended.  It was given by a choir singing a fine selection of madrigals and songs by the likes of Dowland and Morley and in between the singing, we had two short sections to play our tunes.  After a slightly rocky start which was caused by having to start playing without a proper warm up, we settled down and played quite well.   The whole concert only lasted an hour and a quarter, which must be a world record for a choir concert, and Mrs Tootlepedal, who had come down to listen, voted it a great success.

She kindly gave me a lift home and as soon as we got there, started back on the gardening.

Her broad beans, which have been under a plastic cloche in the cold weather, are looking very healthy. 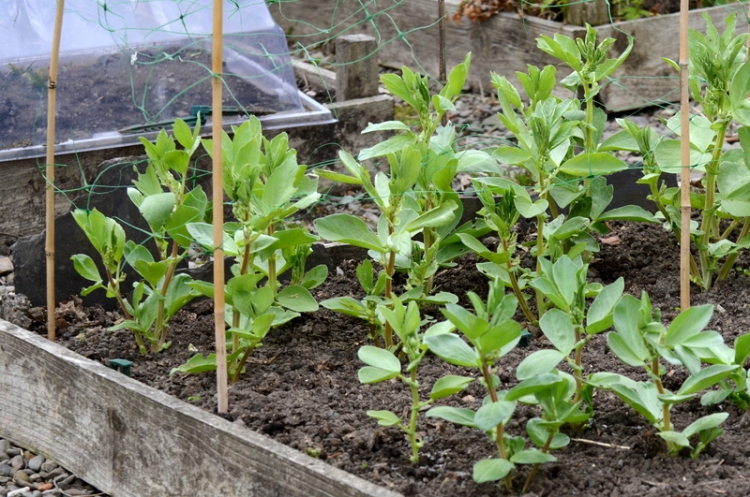 She planted out the parsley today.  The bed is  netted against the inroads of the hundreds of birds which some idiot has encouraged to frequent the garden. 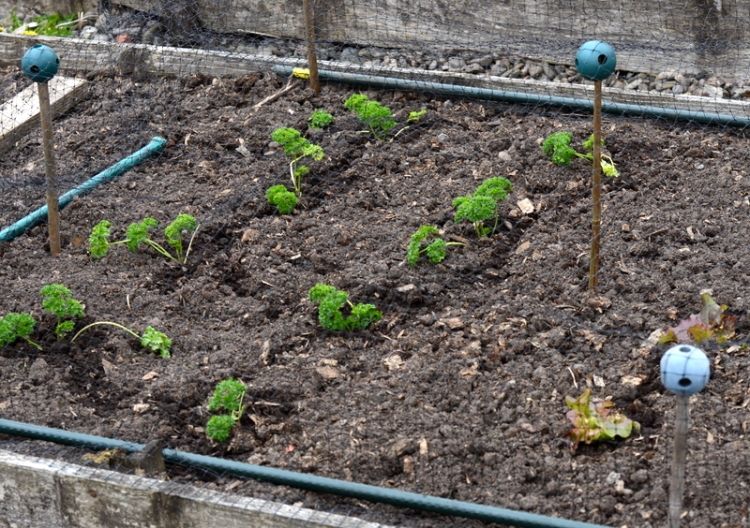 The redpoll has become a regular and it made a pleasing contrast of colour beside a siskin on the niger seed feeder.

The young redpoll put in an appearance.

…I took the camera for a short stroll.  I had a couple of pictures to take to illustrate the ‘here and now’ for the Archive Talk and I combined that with a walk along the dam…

…and a  look across the Buccleuch Park.

The honeysuckle is just coming out in our hedge along the road. 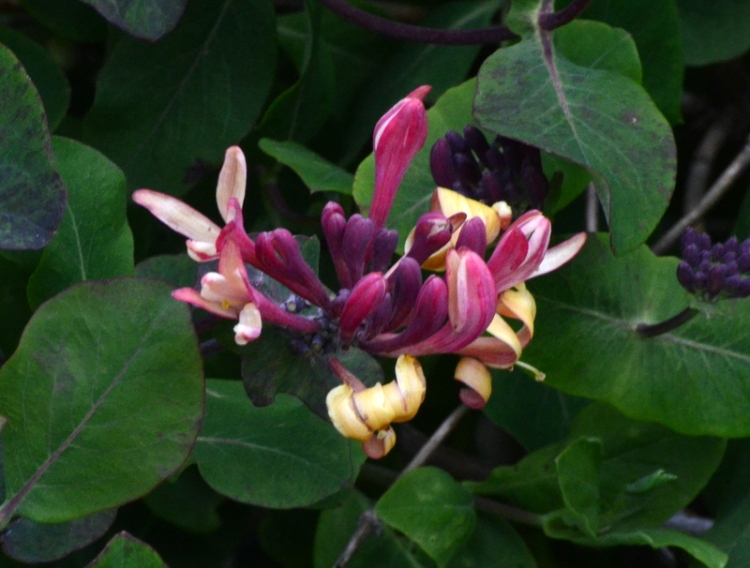 As I got to our front gate, I noticed an evil looking cat loitering near the dam with intent.  I shooed it away and went to look for the ducklings which were certainly its target.  My heart sank when I saw a lone duck on the water.

But I need not have worried because the seven ducklings were hugging the wall out of sight.

I couldn’t resist this shot. 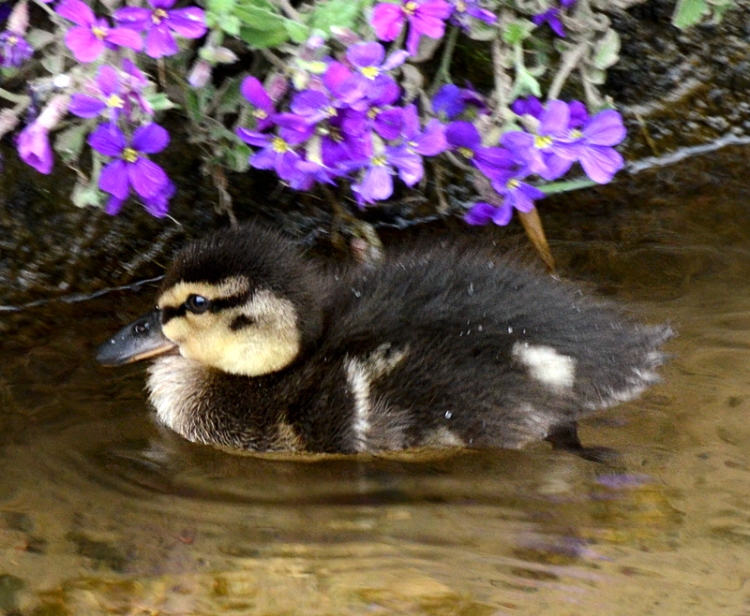 Sandy rang up to say that he was going to visit the nuthatches with a tripod for his camera but once again I couldn’t join him, this time because Mrs Tootlepedal was cooking my tea.  I will have to see if they are still there tomorrow.

Although I had cycled less than 10 miles and played recorder for less than fifteen minutes, it has seemed like a busy day.  I never found time to take a good chaffinch picture so I will have to make do with a rather fuzzy chaffinch of the day.