Today’s picture is a distant memory of the fine days in early spring and is taken from my brother and sisters’ holiday in Wales. 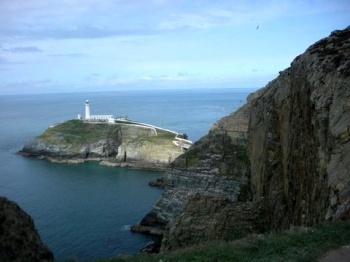 The forecast was 100%.  They said it would rain all day and it did rain all day.  It wasn’t a deluge and at times it was only a faint drizzle but nevertheless it rained all day.   I wasn’t intending to bicycle anyway as my joints had explained to me that two days of 16 miles a day was enough for the moment so I put a week of the newspaper into the database instead.

Then it was time for coffee and I was joined by Arthur and Dropscone and we were able to enjoy some of Drop’s special Demerara sugar flavoured girdle scones.

After they left, I pottered about for a while until I happened to glance out of the window to find a very busy feeder. 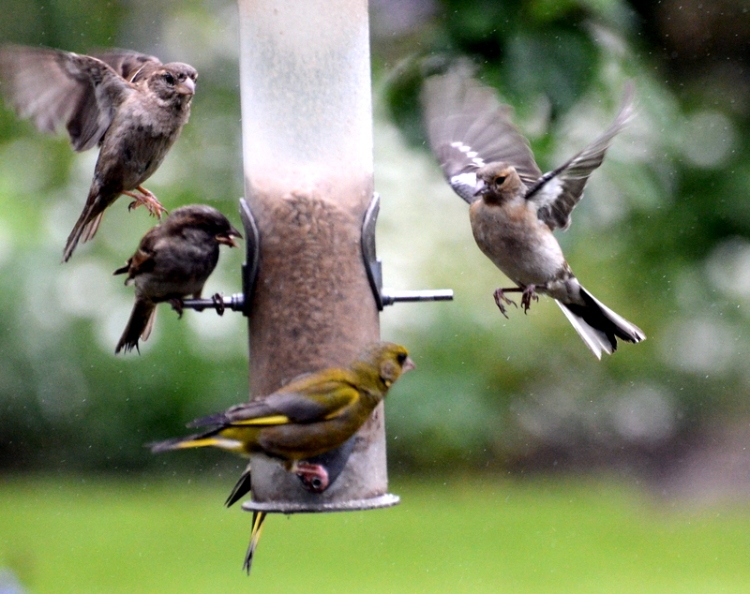 It was not a very colourful day as there were few siskins and goldfinches about.

I was going to have a quick walk round the garden but the rain came on again and I stayed indoors and ate my lentil soup. After lunch it was time to take my turn in the tourist information point at the Kilngreen.  By this time, it was raining steadily and I didn’t expect to get many visitors with the view from the car park looking like this. 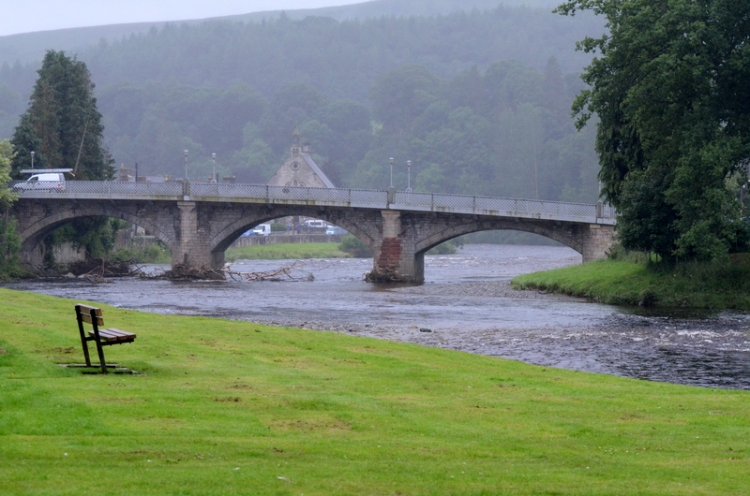 The heron was standing around, hoping rather vainly for visitors to come with food.  It hid its head as I approached but kept a wary eye out to make sure that I was capturing its best side.

In the end, I got two visitors but as usual I was able to spend the time in between doing crosswords and reading the paper so I was quite happy to have an opportunity for a rest with an excuse to do nothing.

It was still not a day for photographs when I got home and I continued to do nothing apart from taking a cup of tea and a slice of toast with a visitor who had come to collect a picture of a frog which she had seen in our photo exhibition.

After a feta and potato bake for my tea, I was given a lift through the rain to Carlisle by Susan and we spent a very enjoyable evening playing recorder quintets as one of our number was in Spain at a wedding.  Roy had made us a CD each from a recording which was taken at our last concert appearance and listening to parts of it when I got home was a bit painful but the pieces we played with a harpsichord accompaniment sounded quite jolly.

Because we are playing as a diversion in the middle of someone else’s concert, we never seem to be able to sit in a way that lets us hear each other properly and never have enough  time to tune up immediately before we play (very necessary for recorders) and as a result our tuning and togetherness is often not as good as it should be.   We do all our practising in a small room and this leads to us playing in a rather subdued manner so as not to deafen each other and then when we get to play in a large hall without proper preparation, we tend to sound a bit weak.   I don’t know if we will be able to solve these problems.

Today’s flying picture is a suitably grey and damp sparrow. 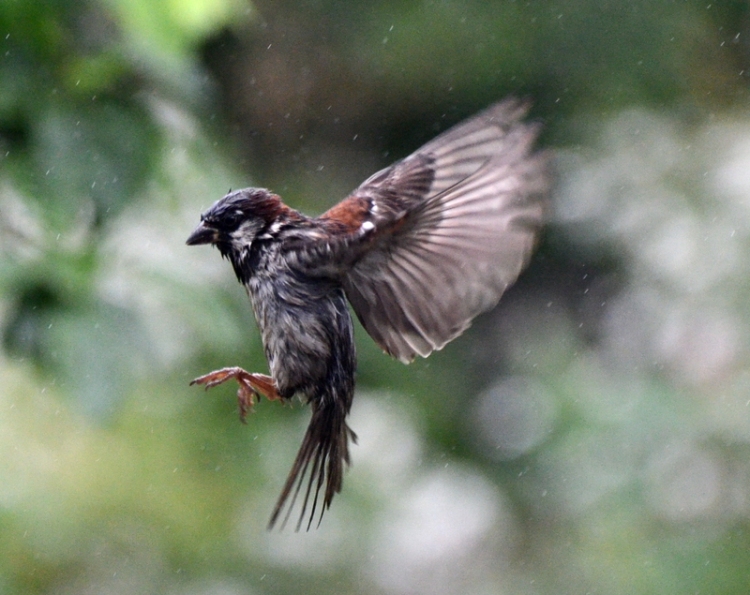 The forecast for tomorrow is more, heavier rain so maybe I will be able to take good pictures of puddles.