We actually had a summer day today and very welcome it was too.  I had thought of going for a good cycle ride but it was quite breezy and my legs felt tired so I combined resting with a little light gardening and some information purveying to visitors instead.

It was a rather fidgety day as joiners were in, putting up the new ceiling in the kitchen.  This was an elaborate business because no sooner did the joiners leave after fitting the plasterboards to make everything smooth…

…than the electrician came and made holes in it again.

The electrician is coming again tomorrow to replace the outdated fuse boards you can see on the back wall.  Then the plasterer will come to skim the ceiling and then the joiners will come back to put back the cupboards they took down today and then put in the new kitchen units.  All in all, we shall be strangers in our own kitchen for a good few days.    Mrs Tootlepedal assures me that it will all be worthwhile and when she told me that one of the new down-lighters will be placed precisely over where I do the crossword, I began to take a more positive view of the disruption.

Actually I am looking forward to the new kitchen a lot, as I think it is going to look very smart.

I didn’t get much chance to look at the birds because of the tradesmen’s vans outside the kitchen window so I went looking for bees instead.  The garden was literally humming with them and related insects.

I was able to catch a couple of birds enjoying the morning sunshine in the plum tree.

The main business in the garden was trimming hedges.

I did the easy work and Mrs Tootlepedal pushed into the jungle of the back border and attacked the thorn hedge.  We have nearly clipped all the hedges now.

As well as the bees, I noticed a shy frog in the corner of the pond.

And an equally shy poppy.

Mrs Tootlepedal went to work in the late morning and after she came back, I was getting ready to go for a walk when I remembered that I was supposed to be doing a stint at the Tourist Information Point at the Kilngreen.  I took off my boots and cycled round as quickly as possible, arriving a bit but not fatally late.  I expected to find that I had wasted my time but in the event, I was kept busy with genuine visitors for most of the afternoon.

I cycled along the Lodge Walks when I had locked up, after stopping to take yet another picture of the sawmill bridge…

…on the grounds that you can never have too many bridge pictures in a blog (even if it is often the same bridge).  The Lodge Walks were looking very leafy.  Perhaps bosky is the correct word.

In the absence of exciting animal life, my eye was turned towards trees as I crossed the Castleholm.

It was a very pleasant afternoon to be out and about.

Even though I had not done very much, I felt very tired when I got home and hardly had the energy even to watch the Olympics.  Mrs Tootlepedal went out for a short cycle ride and I left her to it, while I made my tea before going off to Carlisle to play with our recorder group.

Before I went, I took a moment to look out of the kitchen window which was now clear of any vans.  I was very surprised to see a feeder full of siskins.

They look slightly strangely coloured so I wonder if these are young birds. Perhaps Cat Barlow can tell me if she reads this.

They behaved liked siskins when an intruder tried to muscle in.

Other birds were available.

And I was pleased to see another young tit at the fat balls. 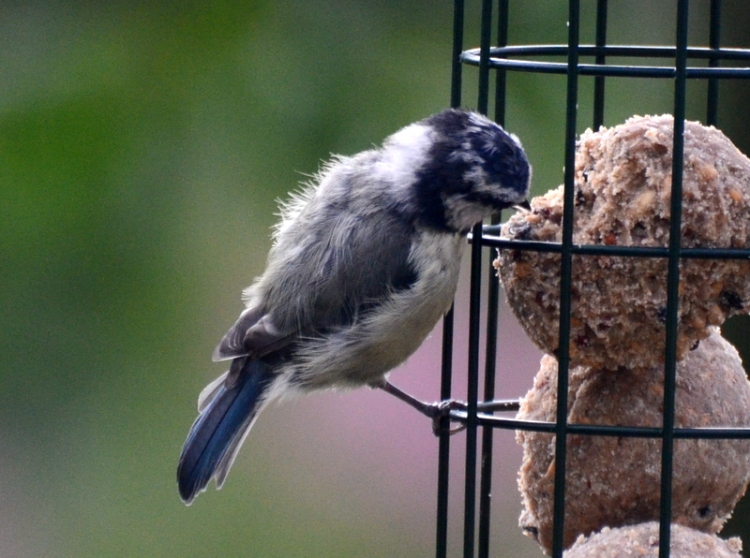 The playing was enjoyable and perked me up a bit but by the time I had driven home, I was quite tired again so I apologise to any readers if this blog is rather pedestrian.

Mostly the flying bird of the day is arriving so for a change, here is a siskin going. 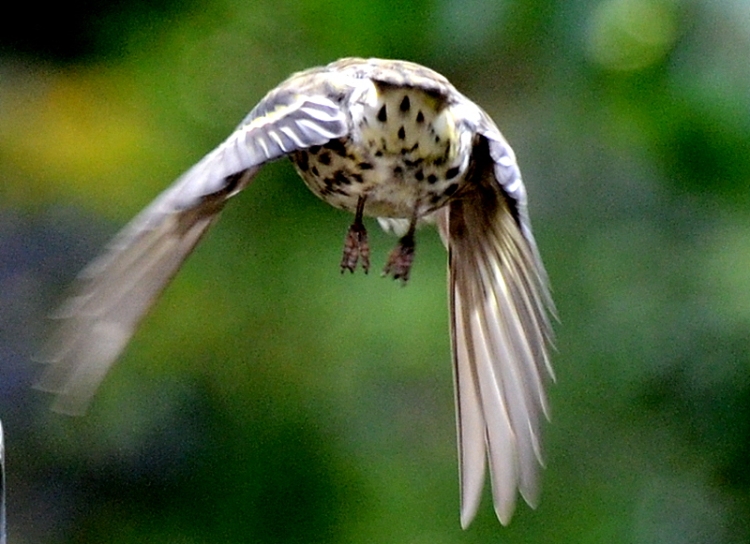 13 thoughts on “And more bees…and birds”