Today’s picture, taken by  my recorder playing friend Susan on one of her walks, shows just how muddy the tracks round here have got after months of wet weather.  Snorkel and flippers required. 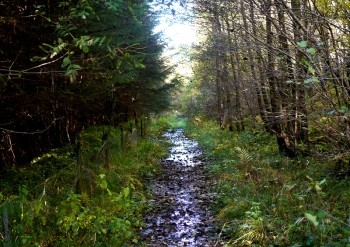 After three day of enjoyable cycling, my body struck back today and I was too tired to do anything useful for most of the day.  I am learning that I can have a bit of fun but only if I am prepared to take a good rest to recover.  Under these circumstances, I would rather have a bit of a splurge of activity followed by a rest than take it carefully all the time and not do much at all.  So, as I say, today was a day of enforced rest.

The day was rather grey and not at all good for catching birds in the air and as both Mrs Tootlepedal and my sister Susan have expressed a liking for stationary birds, I only recorded one bit of aerial action this morning. 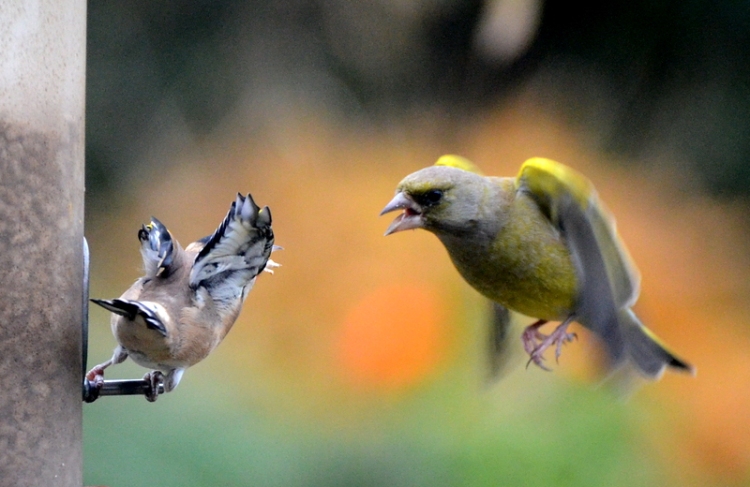 The rest of the time I concentrated on the settled object.

It does let me take a slightly sharper picture though the ISO was still very high because of the dull day.  I tried to vary the perch between the feeder stand and the natural environment as well as getting different colours of plumage.

I was very struck by the emphasis on sharpness at the Liddesdale Camera club yesterday and I realise that most of my photos which I take to illustrate my daily meanderings are quite jolly and often quite sharp enough for a computer screen but they do not come anywhere near competition standard.  For these pictures you need to think before you press the button and not just snap away.

Warning: For those who aren’t interested in flowers or photography, look away now.

The next competition at the camera club is for gardens and flowers so I gave it some thought and went out and pressed the button more carefully than usual.

I was struck by how pretty the euphorbia looked in the damp conditions soI had a go at that.  This was the first effort. The ISO was still high. 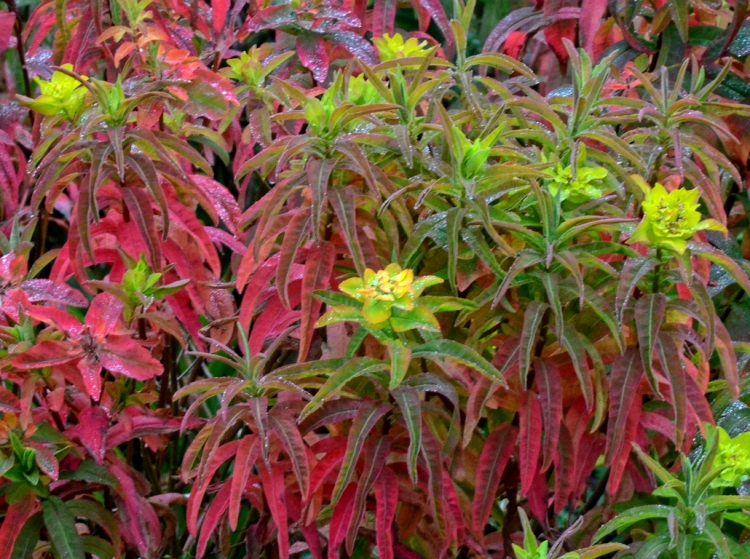 Then because I had nothing better to do, I got the sandycam out which used a much lower ISO (500)  to see what it could do.

All the euphorbia pictures have been put into PhotoPlus and variously messed about.   You get very picky when you start looking at pictures with a critical eye and there’s a prominent green flower in the middle of an otherwise quite good picture above which is overexposed.  It is really annoying.  I had another go with sandycam.

This time I got the ISO down to 100 and took the picture handheld at 1/40th which is a tribute to the camera (it’s a Fujifilm X10 for those interested in these things).

I had nothing better to do so I took another shot.

Mrs Tootlepedal was working again today and she went off after lunch.  Time was hanging heavy on my hands so I put the sandycam away and got the big camera out again, got the tripod out, lowered the ISO and increased the length of the exposure considerably.  Luckily it was a very still day and the plants weren’t waving about. 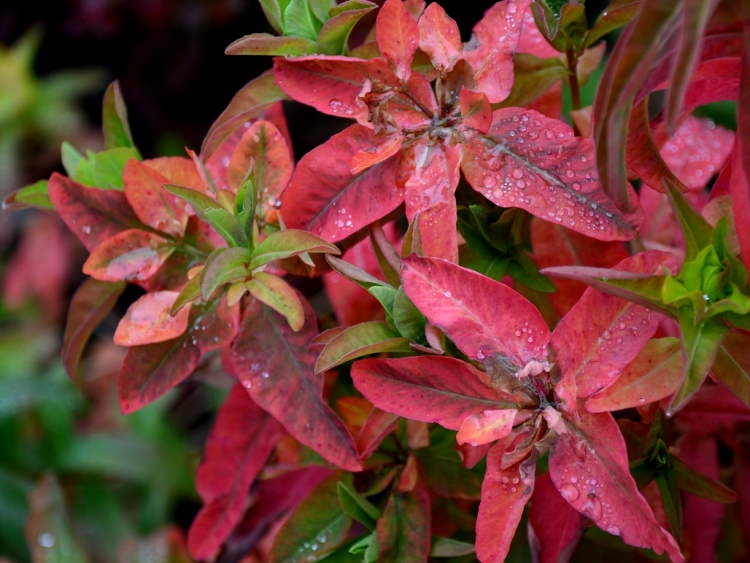 Then I spent a considerable amount of time at the computer.  Once you start on this sort of thing, you find that there are sixty different ways you could crop the picture and an indefinite number of tweaks and tints that can be applied.  Then you have to look at them and try to  decide which is the best shot or indeed if any of them come up to an acceptable standard.  It tends to make my head hurt.

I’ll keep trying but I promise that unlike today, I won’t put all my efforts on the blog.  It was only because I was rather immobile today and it was such a dull day that I hadn’t taken a varied selection of pictures that readers have been subjected to such a barrage of the same subject.

In the evening, Mrs Tootlepedal and I went out to our choir and had a good sing.  The choir leader is not in the best of health and he took a short rest after our tea break and nobly gave me the opportunity to conduct the choir myself while we worked at Mozart’s Ave Verum.  I really enjoyed this as it is a sort of miracle.  You just wave your arms about and lovely music comes out with no effort on your part.  Conducting a choir is like cycling, the maximum amount of pleasure for the minimum amount of effort.

Today’s final picture is of an inanimate object as suits the day.  You guessed, it’s another euphorbia shot.

10 thoughts on “Let there be music”