Today’s picture, courtesy of Jennifer in Western Australia again, is a pardalote, one of the peep wren family  (as if you don’t know that already). 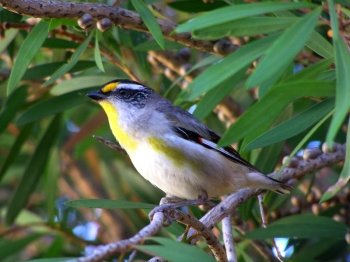 Here we were greeted by the lightest possible snowfall… 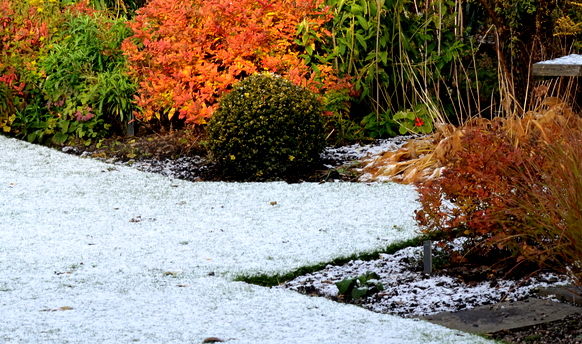 …and temperatures just high enough to leave a flower or two in business.

I was pleased to see a tit tucking into the home made sunflower seeds. 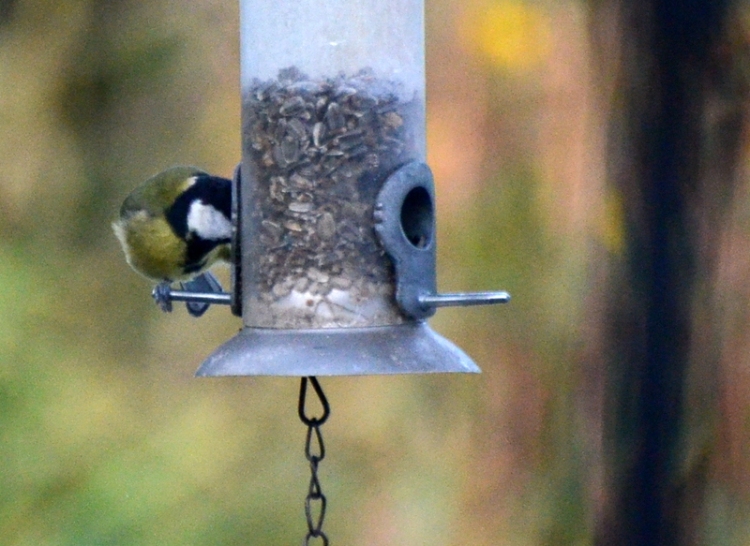 They are not being eaten with the same gusto as the shop bought sunflower hearts but they are going down a bit.  I shall knock a few more seeds out of the heads in the greenhouse soon.

We had got up late as we had nothing in the diary to do and after breakfast, we idled the morning away until we got the urge for action and Mrs Tootlepedal suggested a drive to Hawick for a little shopping and a return by the a scenic route.   I was thinking of a cycle ride but the thought of a nice warm car won me over and we were soon on our way to Hawick with Mrs Tootlepedal at the wheel.

Being in the passenger seat gave me the chance to see whether sandycam could take a good shot through the car windscreen.

We got to Hawick, had a light lunch and did our shopping.  Business over, we left Hawick on the road to Newcastleon and were soon out in the country on a well surfaced, quiet road.  I was driving now and stopped from time to admire the view.

We went over the summit at Whitrope and wound down the hill beside the Whitrope Burn.  The road crosses the burn on handsome bridges.

I have driven and cycled over this one many times without realising that it has its own waterfall attached. 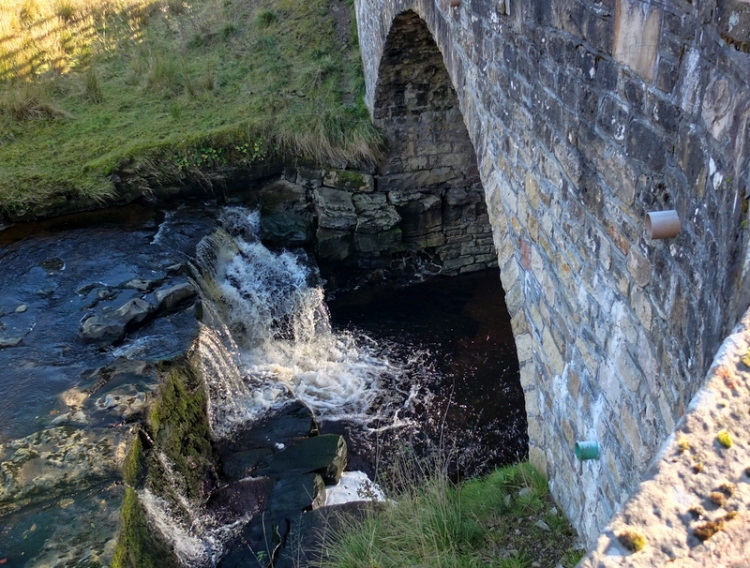 At Hermitage Hall we turned right to go over the hill towards Fiddleton Toll.  We didn’t have to go far before a photo opportunity appeared.

It is an uncompromising building which seems to sit very well in the austere country around it. 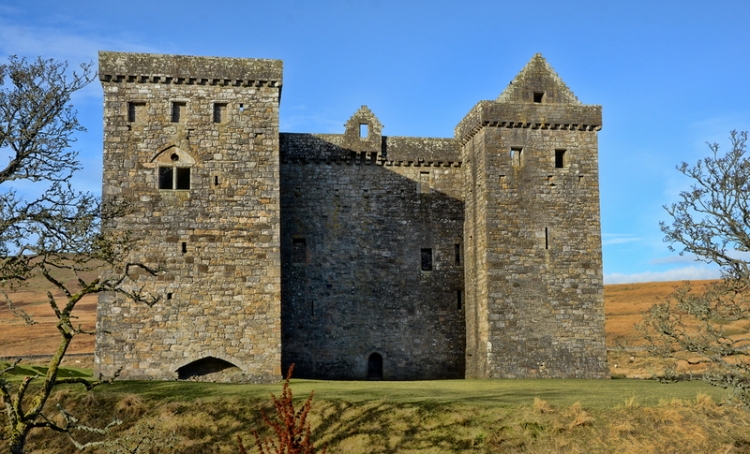 We headed past the castle, following Hermitage Water.  The gentle contours of the valley rather mask the hard life which the people who have lived here have led over the years. 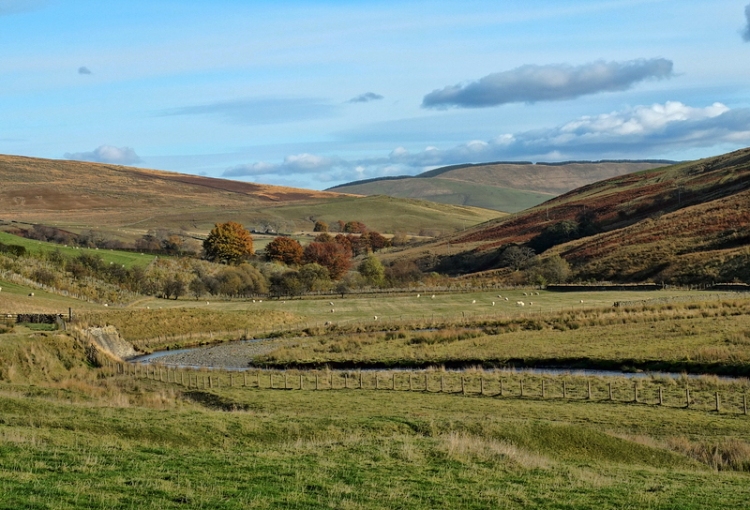 As we climbed the hill and crossed the county boundary, we saw a group of hunt enthusiasts waiting for the hounds to appear but we passed them and stopped a little further on to enjoy the fine views offered by Carewoodrig.

I took a couple of panoramic shots with sandycam and here are two short cuts from them.  First looking to the left…

…and then to the right with the sun catching the autumn grass.

Where the sun hadn’t touched the slopes, a little snow showed how cold it still was in spite of the sun.

We pottered slowly and carefully down the hill and stopped once more, a  mile from the A7.

Soon, we were back on the main road and whizzing home to Langholm.  As we approached the town, we could see the first clouds in the west which herald a change to slightly warmer and a lot wetter weather tomorrow.

I dropped off at the Scholars’ Field to take in a little of a game of football which was taking place there.  Langholm have been recently promoted and are struggling a bit in the slightly higher class of football they are meeting now.  It was a lively game though… 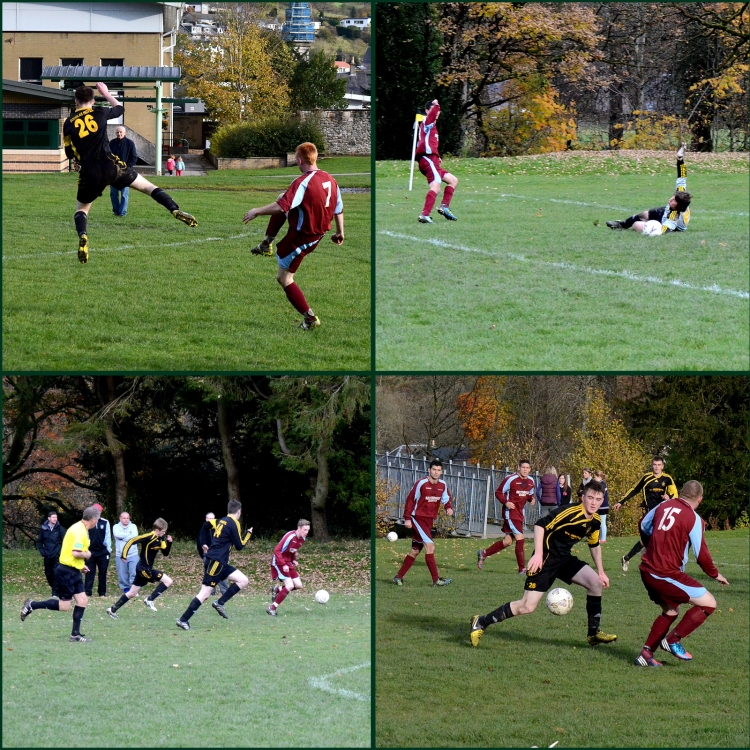 with plenty of action at both ends… 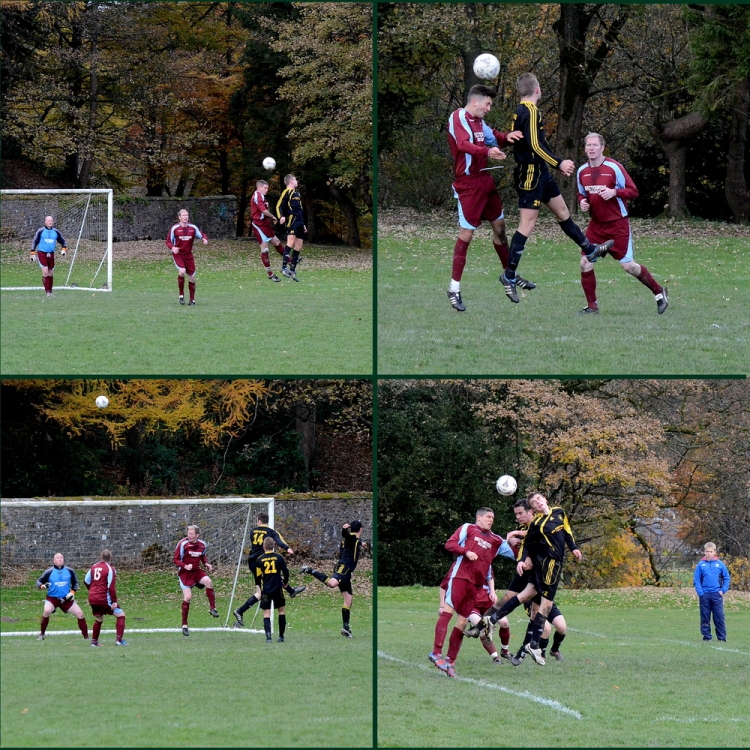 The Langholm goalie couldn’t get anywhere near this thunderbolt from outside the area which left them staring defeat in the face. 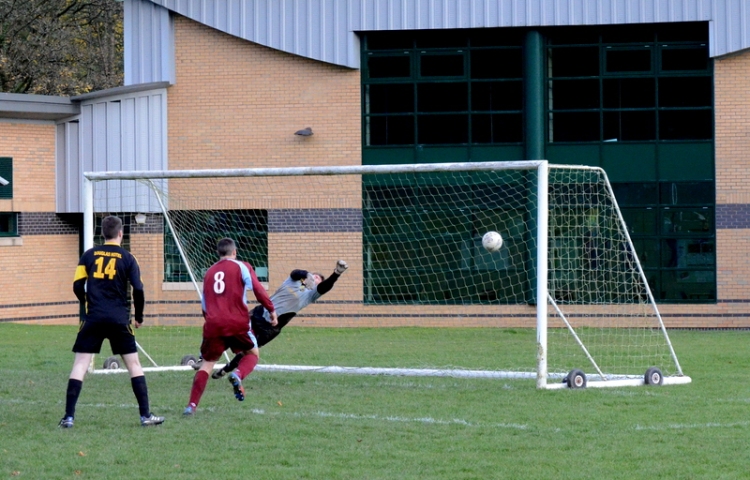 We have been able to make the most of a rare week of good weather and can only hope that the fact that the clocks go back tonight is not going to see the end of the sun until next year.  The long, dark nights are bad enough without a lot of rain too.

The perching bird of the day is a chaffinch in the almost leafless plum tree. 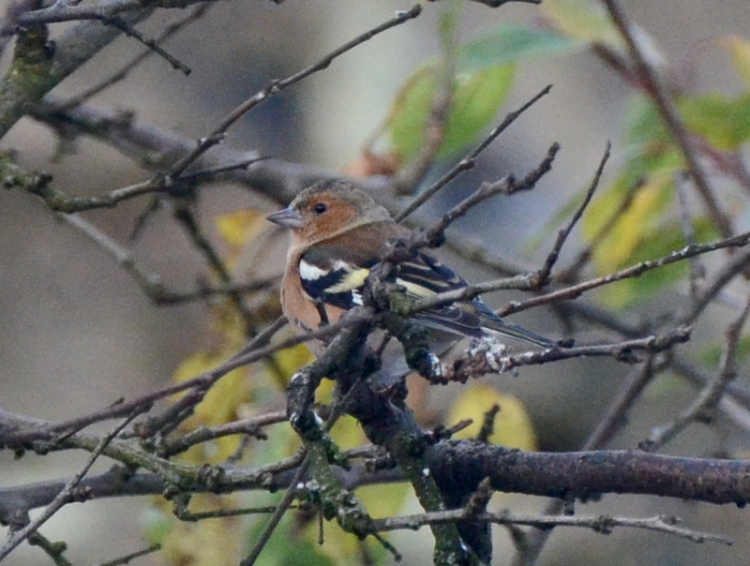 11 thoughts on “Going for a drive in the country”