Today’s picture shows London seen from Primrose Hill with a hint of sunshine in the air.  My sister Mary was enjoying a walk.  The rest of the country may be in a bad way but there’s plenty of building going on down there by the look of all the cranes.

There was no hint of sunshine up here as another grey day rolled in.  At least it was dry all day though which made a change.  Mrs Tootlepedal got an unexpected and not entirely welcome early call to work to cover for an unexpected absence and I was able to idle my time away in peace until Dropscone appeared with a welcome delivery of Friday treacle scones.

We were enjoying these with a cup of coffee when Cat Barlow appeared to see the nestbox cam which she had lent to me in action.  Like me, she wasn’t entirely bowled over by it and is going to see if the position of the camera can be improved to give better shots.  She was pleased to see that it does work though.  She had the opportunity, while nibbling a scone and sipping a coffee to consider whether there was somewhere suitable to put up one of her nets to ring birds in the garden here in the new year.  I hope she cane do it.

Once again, it was really far too dark to take photos but once again, I didn’t let that stop me trying a few shots.

The new peanut palace was doing much better business today with a steady stream of siskins on the go.

There was even a visit from a coal tit though the light was only just good enough for me to be able to see it at all. 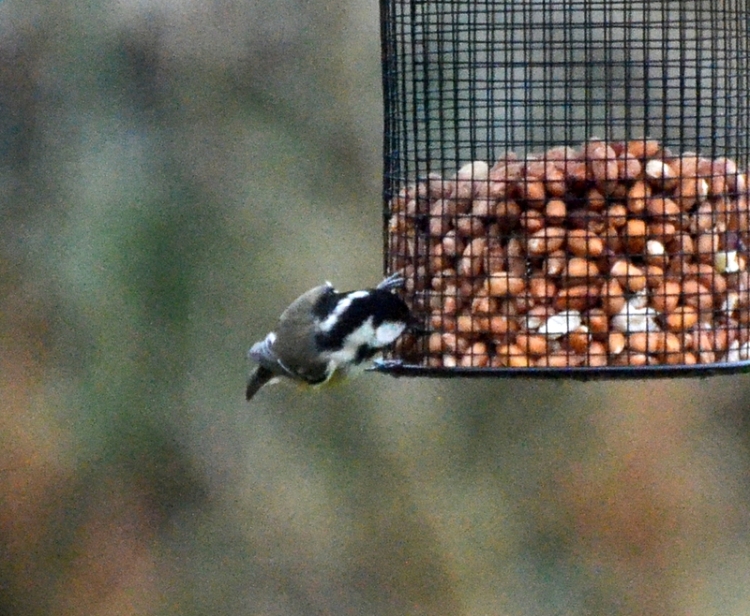 I had better luck with birds that came near the window and stood still.

Still it is the shortest day and in a week’s time, the days will start to get longer and everything will start looking forward rather than back…..and the sun must come out again some time.

After lunch, the dry day and the relatively warm temperatures (5°C) tempted me out for my first walk for a few days and Mrs Tootlepedal, now home from work, decided to come with me which made it even better.  I was anxious not do do too much so we took the easy route past the Kilngreen and then back home by the new path on the Castleholm and the Jubilee Bridge.

I saw my old friend Mr Grumpy and decided to put him in context today. 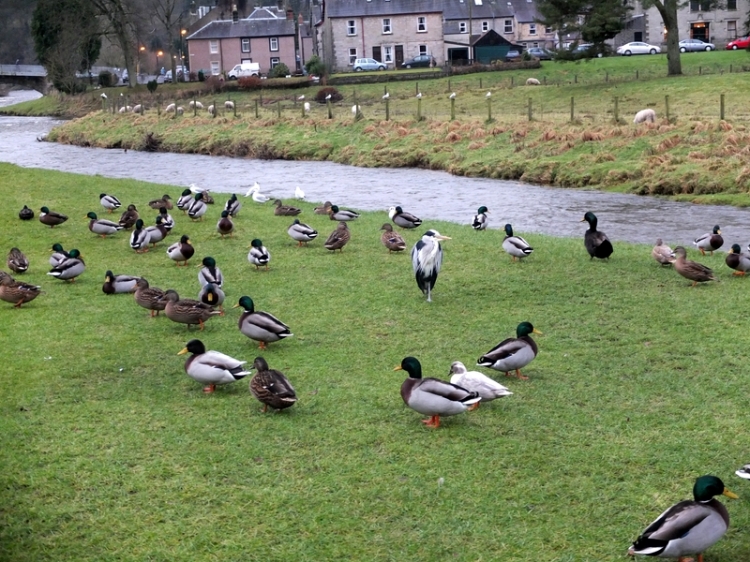 He is like a king with courtiers scurrying round him.

In the absence of sunlit delights to snap, I focussed once again on moss and lichen.

There was no shortage to choose from.

Mrs Tootlepedal, who knows about these things, told me that the red tinge to the moss is caused by the moss sporangia or spore pods.  I looked more closely.

I took a picture of a sheep because although it wasn’t covered in moss….

Looking back at the town bridge from the Castleholm showed that there was quite a lot of water coming down the rivers.

Three more days of rain are forecast so the rivers may well get higher before too long.

My eye was caught by the contrast between the great height of this fir tree and the rather weedy branches emanating from the substantial trunk.

As we neared home, Mrs Tootlepedal cast the eye of an experienced cleaner of things at a road sign.

I wouldn’t be surprised to see her out with a duster shortly.

I was very pleased to find that walk didn’t make my cough any worse and the mere fact of getting out for a walk made me feel spiritually better so that was a bonus.

On a side note, I was very amused to see the head of the NRA in part blaming the lack of mental health provision in the USA for the recent school shooting.  For once I might agree with him, though I don’t expect to find him campaigning ceaselessly with President Obama for increased taxation to pay for an adequate state funded mental health care programme.  As I am led to believe, whether rightly or wrongly I don’t know, that the American Psychiatric establishment may be more interested in discovering new behaviours to call mental health issues rather than in fixing the ones that are already there, it might not be helpful anyway.  Of course our view of the USA comes through a heavy media filter just as their view of us does so mutual understanding is difficult if not impossible.

Although I am still coughing and spluttering, I am much more cheery than I have been and I would like to thank everyone who has wished me well.  Keep your kind thoughts coming, they seem to be working.

It really was too dark for a flying bird today so I have cheated and put one in from midsummer day instead.  (It was raining then too). 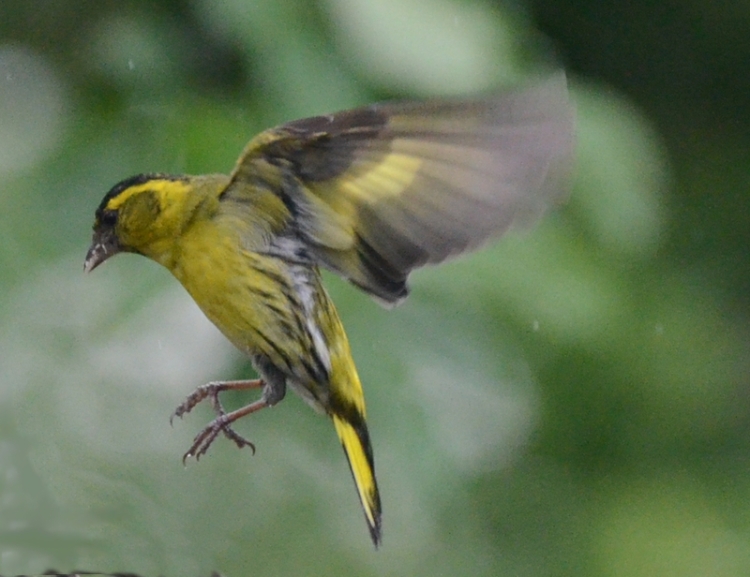 18 thoughts on “A breath of fresh air”