Today’s picture shows a clump of snowdrops on the garden looking a bit depressed in the rain and cold.

I was a bit depressed in the rain and cold too as I was hoping for a cycle ride but couldn’t face the conditions.  Instead I spent a lazy morning of constructive idling until Mrs Tootlepedal noticed that the rain had stopped and went out into the garden to plant out 100 winter aconites which had arrived in the morning post.  My task was to sieve a couple of barrowfuls of compost to provide some top dressing for the new guests. 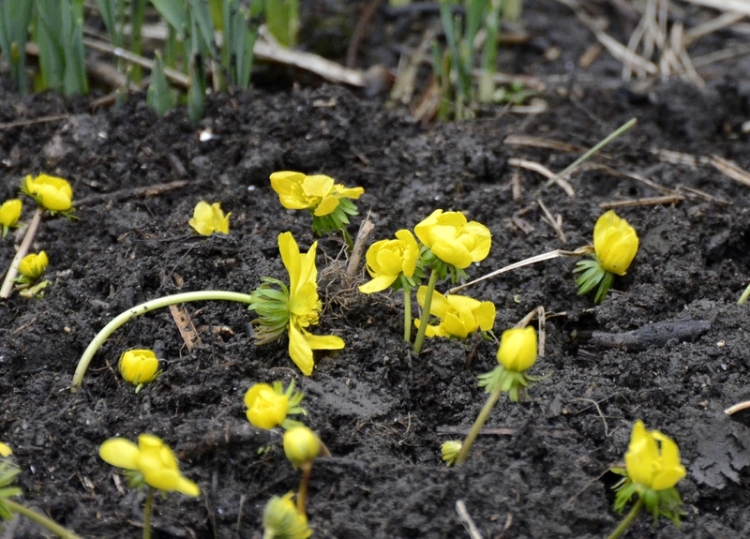 We are keeping our fingers crossed that they last as the previous batch didn’t make much of a show.  The good supply of manure and top dressing should help.

Leaving Mrs Tootlepedal to go on with the planting, I went for a little walk to see if there was anything to see.

There certainly wasn’t a lot of water in the rivers after our recent dry spell.

A couple of oyster catchers were to be seen on the stones on the edge of the Esk.

Someone had been feeding the gulls on the Kilngreen.

The wall that skirts the Castleholm had a charming moss garden among the lichens.

When I walked across the Jubilee Bridge and back down the opposite bank of the Esk, I saw that some of the black headed gulls are coming into their breeding plumage and showing where they get their name from. 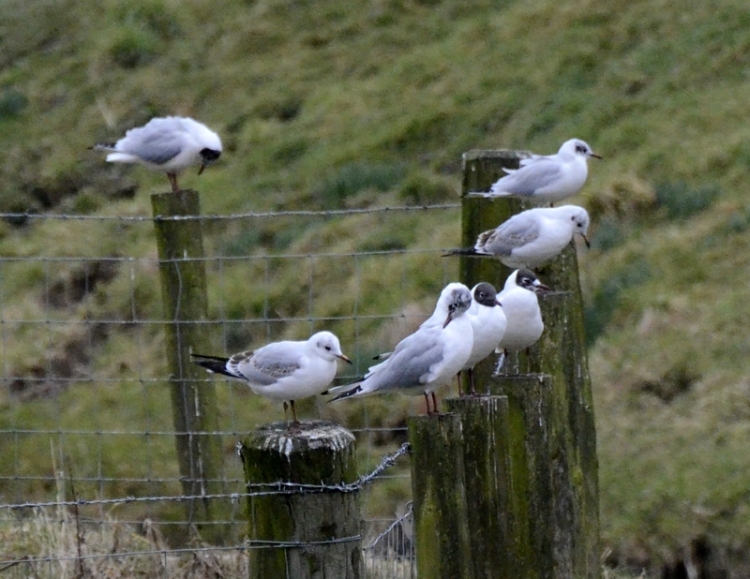 When I got home, Mrs Tootlepedal was still hard at work.

While I was taking her picture, I realised that I was being watched…

…and so was she.  A couple of birds were most interested in her work.

A goldfinch was keeping an eye on proceedings in the garden from the branches of the plum tree.

Once again the feeder needing refilling on several occasions through the day.  The birds seem to have been stocking up against the coming cold weather.

Luckily I was back indoors by the time the rain had started again.

I had intended not to watch Scotland play Wales at rugby football on the grounds that it would be a dull game and Scotland would lose.  Unfortunately I changed my mind and settled down to watch it  and sadly my predictions were only too true.  I then wasted another couple of hours by watching Ireland play France in a game that was almost as dull but which at least had the redeeming feature of a very exciting finish.  Mrs Tootlepedal spent the time more constructively by going to Gretna and buying two pairs of reasonably priced shoes.

The end of the day was brightened up by a very tasty baked rice pudding which Mrs Tootlepedal had cooked.

The flying bird of the day is one of the black headed gulls at the Kilngreen. 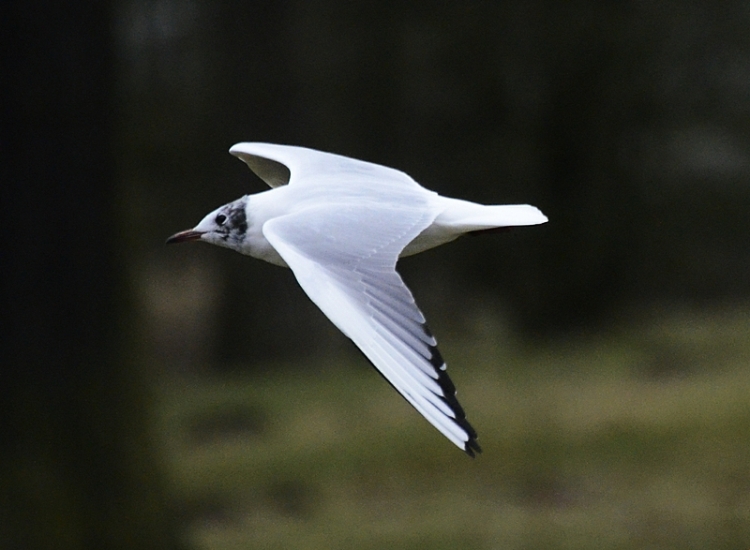