Today’s picture is a notice encountered by my brother during a hike on Mt Taranaki in NZ.  I thought it should be brought to the attention of  our very own government.  It seems like good advice when as a country we are moving inexorably down a very slippery slope under the guidance of two blokes who have never had a proper job in their lives.. 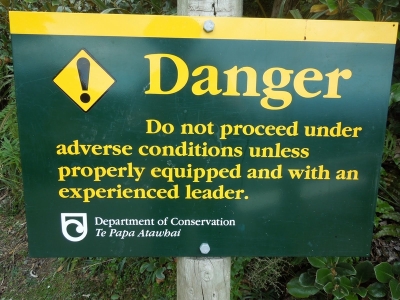 I was up early this morning and pleased to find that it wasn’t freezing as I was going to the Moorland Bird Feeders to watch Cat Barlow ringing birds.  This is always interesting and I secretly hope that some rare and exotic bird will fall into her nets.  On this occasion she had many customers but none that were out of the ordinary.  I wasn’t the only onlooker… 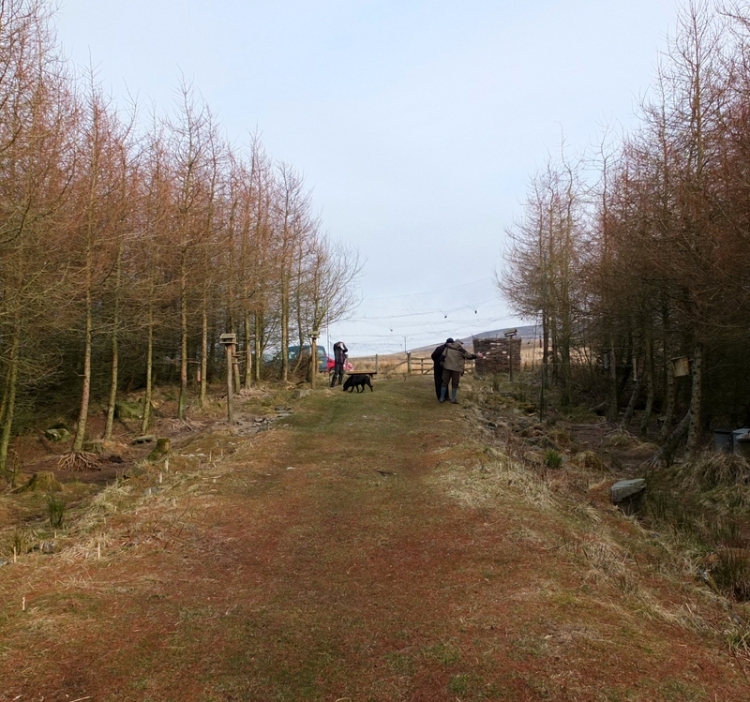 The nets are strung between the two ranks of trees and on a day like today with no sunshine and light winds, they can be almost invisible.  Bird ringing is a highly skilled job and you have to undergo considerable hands on tuition before you can get a licence.  Cat is skilled and enormously patient.   And pain resistant.   Yesterday she had five or six woodpeckers in the nets and they left her hands looking like a pin cushion.

The birds are carefully taken from  the nets (the hardest part of the process by far), then ringed, then measured and finally weighed before release. 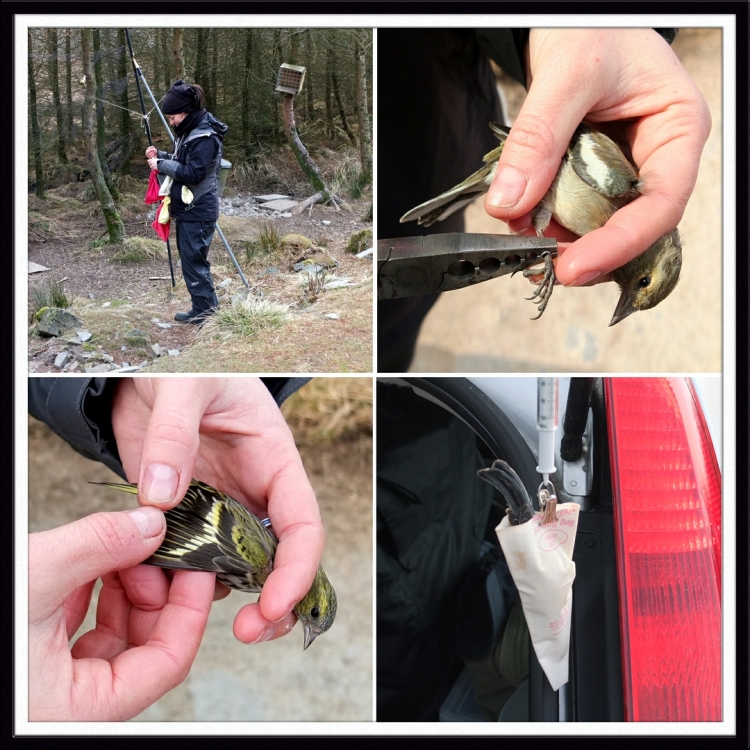 Today’s birds tended to weigh in at the 8 to 10 grams level.  It is amazing that birds so light can fly as far as some of them do.

Between being taken from the nets and being ringed, the birds are kept in the soft bags which you can see Cat festooned with.  All the birds must be removed from the nets  before any are ringed.  The measuring and inspection of the wings helps to decide the age and, if not obvious from the colouring, the sex of the birds and all this is recorded.  The birds take the whole business very calmly and some are so unflustered or stupid that they will be caught again the the same nets on the same day.

Often birds are already ringed when they are caught, some at the same site in this or previous years and some from other ringing sites.  All this information is put into a huge database and helps to further the scientific understanding of the bird population of Great Britain.

Cat is very amiable and always presents the birds for a snapshot before release if requested.

Some of the younger bird watchers required a sit down to rest during the process.

Cat gave us some instruction and the opportunity to hold the birds for a moment before release.

Behind us, out on the moor, there was a continual chorus of birds.  Lapwings were very active… 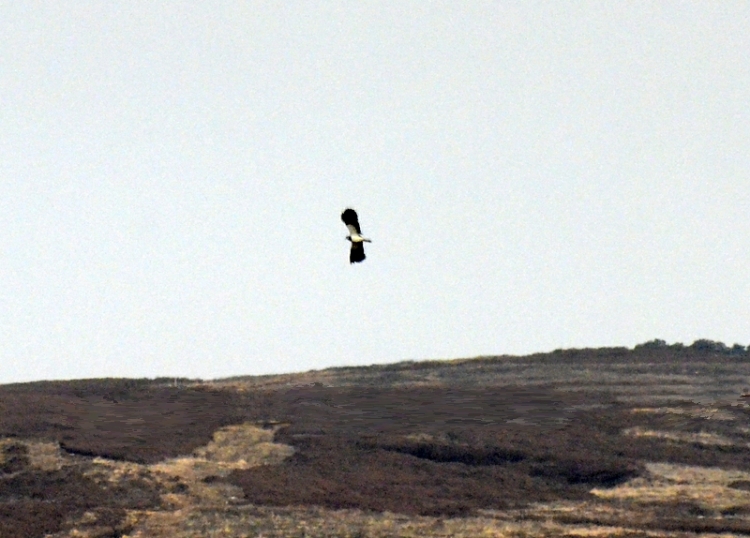 …but we could hear curlews, snipe, pheasants and red grouse too.

There was colourful interest around in the yellow flowers of a gorse bush and the yellow plumage of a superior siskin who sat on a topmost twig and watched our work below with detached interest. 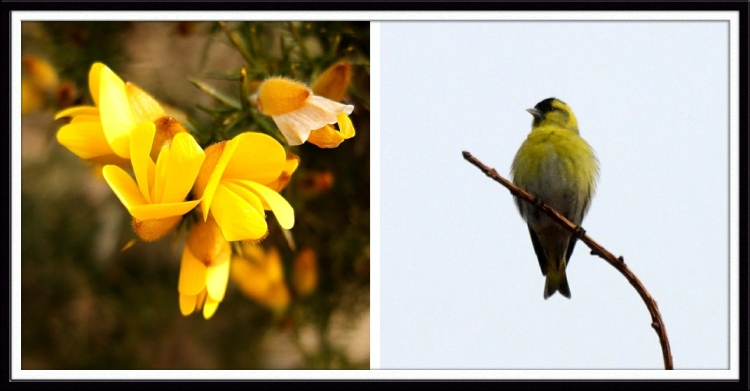 After standing around for two hours, my legs were complaining so much that I had to go home for a sit down.  Almost as soon as I had sat down, I had to jump up again to catch a quick shot of a robin. 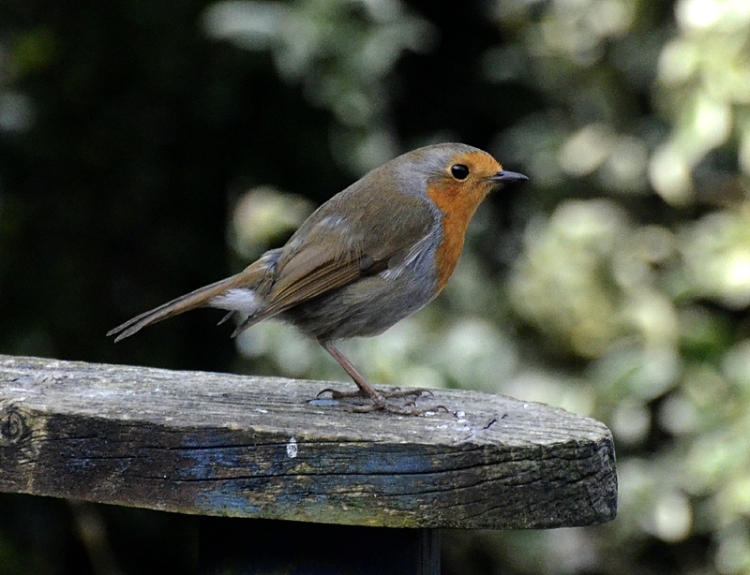 As I hadn’t seen one for a few days., I was very pleased to see this one.

While I was looking at the robin, I noticed a chaffinch on a ring below the seed feeder trying to see if there was a seat free up above. 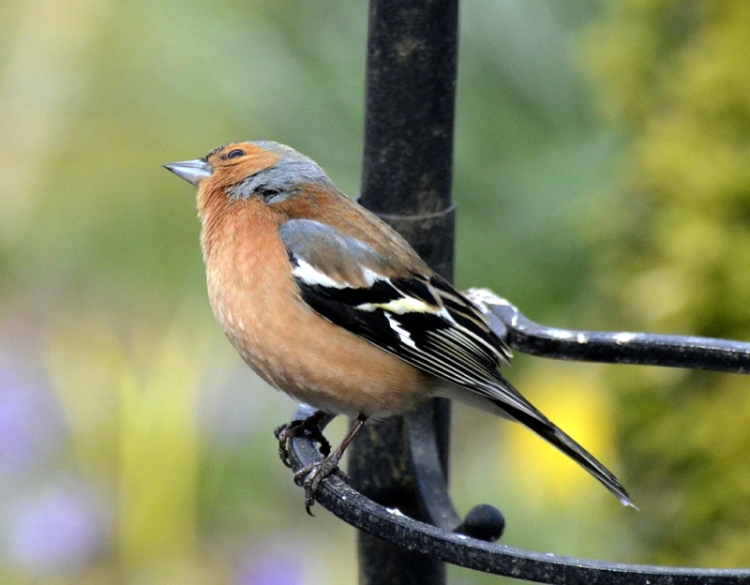 Our birds have a bit of difficulty looking up and when they try, they have to twist and turn so much that it looks like some fiendish keep fit class doing yoga exercises.

Mrs Tootlepedal returned from singing in the choir, enlivened by a stinging sermon rebuking the government and media for stigmatising the poorest classes in the country and going on to demolish many of the myths about the welfare state that are put about by those with ulterior motives.  She was so enlivened that she suggested a pedal and after some consideration and a light lunch, we set off with two bikes in the car to Walton, a little village on the Roman Wall not far from Brampton.

It has a charming church… 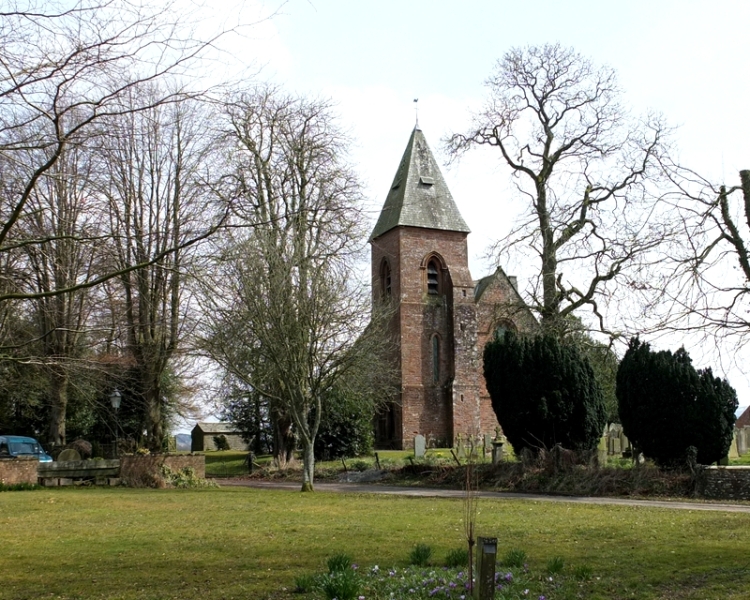 More interestingly perhaps, it also has a human clock outside the village school.  You are requested to stand on a grid on the present month of the year and the time is recorded on the ground in front of you.  Mrs Tootlepedal used it at the start and finish of our circular trip.

We had a very pleasant pedal along quiet lanes with little traffic and no big hills.

The country is not looking at its best with no growth and the sun hid behind the clouds for the most part as we pedalled about.  All the same, the views were delightful as this is country of many small ridges so we never had to wait long for a bit of a prospect.

We passed through pasture for the most part…

.,..but towards the end, we encountered ploughing going on.

The circuit was just under 12 miles and after we had put the bikes in the car, we drove into Brampton in search of a cup of tea.  We thought that we had found a café but we were deceived and when we went inside we found that the café was no longer in operation.  We were downcast.  We drove out of Brampton and found a garden centre with a café on the outskirts of the town,  It served a very reasonable priced toasted tea cake and pot of tea for two so Mrs Tootlepedal was upcast again.  No pedal for her is totally successful unless it concludes at a café.

When we got home, I got the speedy bike out and pedalled gently to the top of Callister and back because having wasted a good day yesterday, I wanted to get at least twenty miles out of another good day today.  The extra twelve miles brought me up to 100 miles for the week.

I then sieved a barrowful of Mrs Tootlepedal’s kitchen compost for her before having a shower and coming to rest at last.

But not before spending a moment looking a the busy feeder… 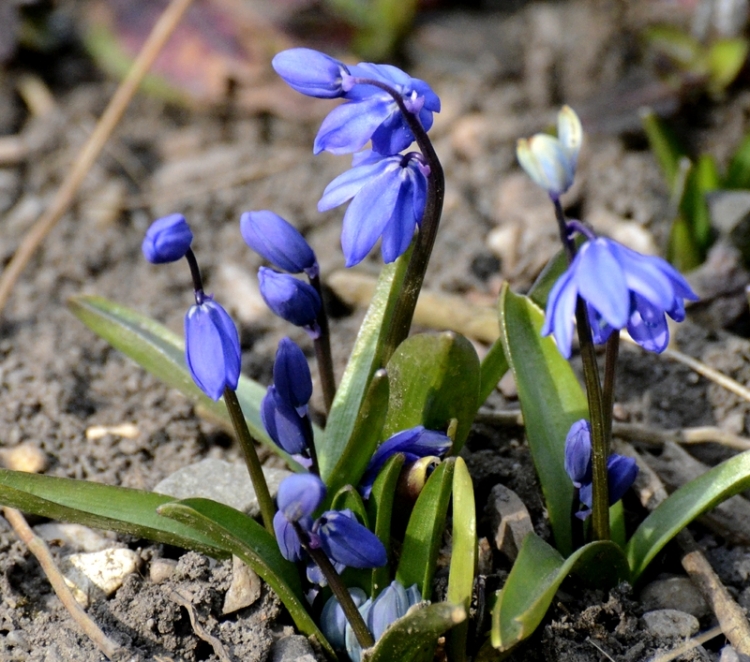 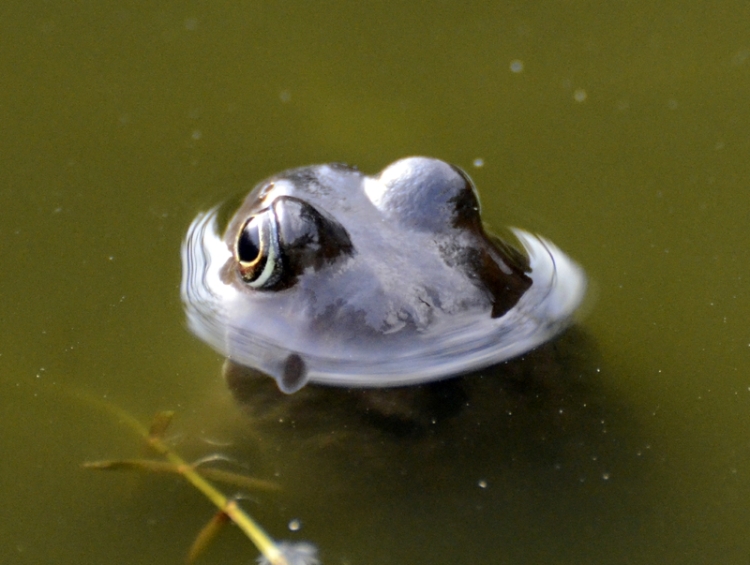 I had hoped that a little cycling would clear away my tiredness but I am still far from my peak and am going to take it easy until I recover.

The flying bird of the day was a greenfinch.  It shows how busy the feeder was.  They don’t usually hover, they just barge straight in so this was a rarity. 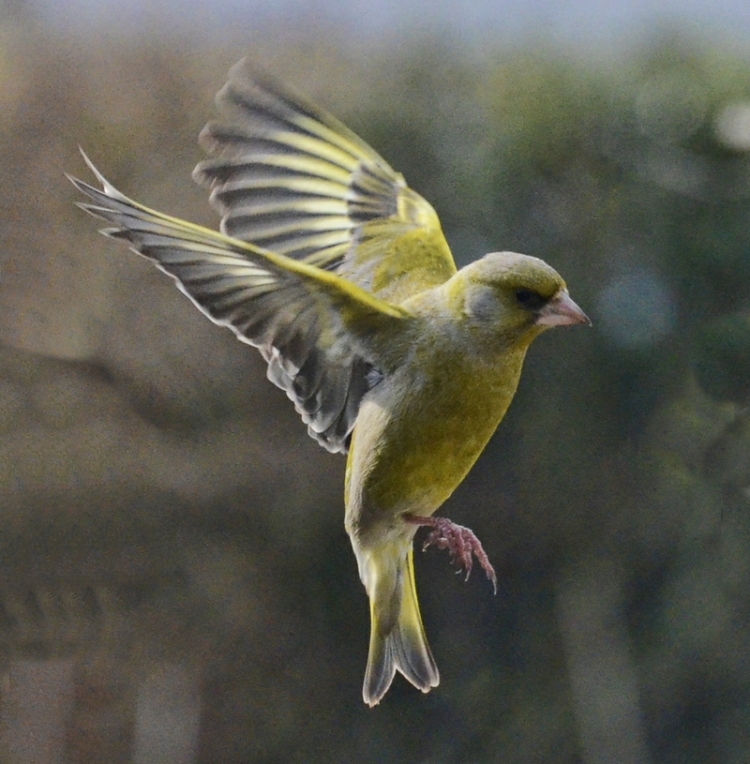