Today’s picture was sent to me by my friend Bruce.  For some reason he thought that I might be interested in a pictures of a lot of fungi on a pile of horse manure. He was right of course. 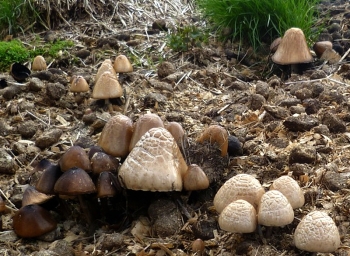 I should have gone cycling with Dropscone today but my knees and hips are still very sore after the holiday so I cried off and invited him to come for coffee when he had gone round the morning run.  He started so early in my absence and whizzed round so speedily that I was still in my dressing gown and slippers when he arrived.  A quick change was effected and in a few minutes we sat down to coffee and scones.  He updated me on all the exciting things that had happened in Langholm while we had been away.  None.  The scones were as good as ever though.

After he had left, I spent a little time staring out of the kitchen window…

Something interesting was to be seen in the plum tree.

The redpolls are still out in force.

I felt that I ought to be doing something so I went out to mow the middle lawn.  Mrs Tootlepedal advised me that the lawn edges needed neatening up so I had a go at them too.  The result looked not too bad when the sun came out in the afternoon.

As you can see, there is a bit of colour about and after a dull morning, the day brightened up and brought the tulips out with it.

It is not at all usual to see the daffodils and tulips out at the same time so this bed is a bonus:

The flowering currants are good value too at the moment.

And talking of currants, I was pleased to see a good number of blackcurrant flowers forming on our bush.  I am keeping my fingers crossed for their well being.

I relapsed into a supine state after mowing the lawn and was watching quite an exciting stage of the Giro in the afternoon when Sandy rang up and suggested a trip to the Penton Art Club exhibition where he had I both had photographs in the camera club section.  Mrs Tootlepedal came too and we set off into the back country to find the Penton village hall.  None of us had been there before but after crossing the Liddel Water and  a short circular tour of the English countryside, we found it and were impressed by the size and smartness of the hall.  It made for a good exhibition space and there were plenty of paintings to admire. The view from the hall car park was good too. 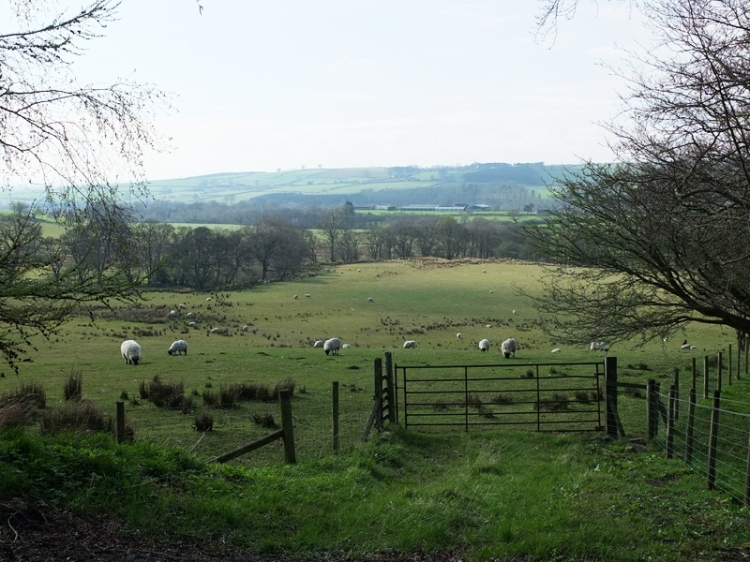 We stopped at the bridge over the Liddel on our way back.

You can see a small whirlpool of foam under the bridge.  From above it looked quite decorative.

Eeerily, I could definitely see a Gerald Scarfe cartoon version of a well know face in there.

Because it was such a lovely day by now, we decided to return home via Newcastleton and the Langholm Moor.  Sandy pointed out that we would have visited two countries and three regions in the course of our jaunt.  We paused for a while at a lay-by on the moor in the hope of seeing the harriers but they were nowhere to be seen.  I had my flute pupil Luke coming so we couldn’t stay long.  I just had time when we got back to catch a frog gently snoozing in the pond…

…before Luke came.  He is still making good progress and just needs to learn to keep a beat going in his head so that he can count the longer notes accurately and we will be able to play really good quality music.

After he left, I had a plate of spag bog that Mrs Tootlepedal had made for me, before going off with Sandy once again, this time to hunt for nuthatches in the beautiful evening sunlight.

… and these ducks bedding down for the night on a small strip of grass between the main road and the car park.

Still, it was a lovely night for a short walk and I needed some exercise so I wasn’t too unhappy.  When it comes to finding birds to snap, you win some and you lose some as Sandy says.  The trees are far from green in general although there are some signs of hope about.

And the last rays of the sun made for some pretty views. 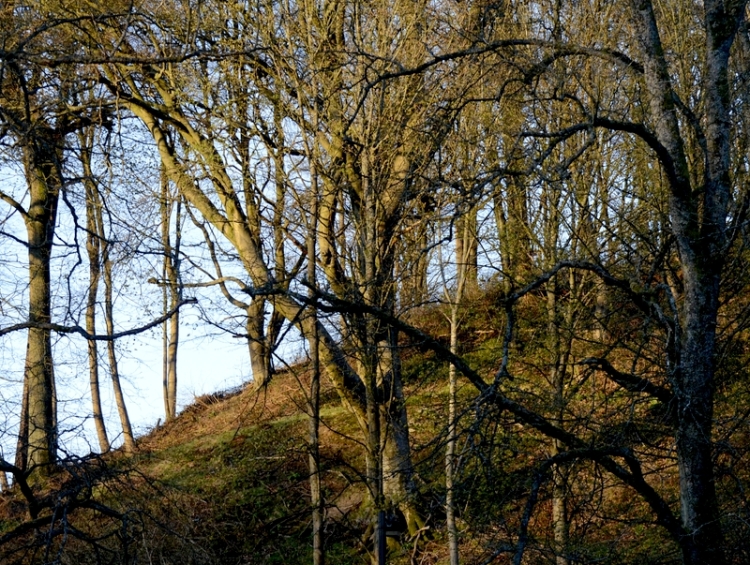 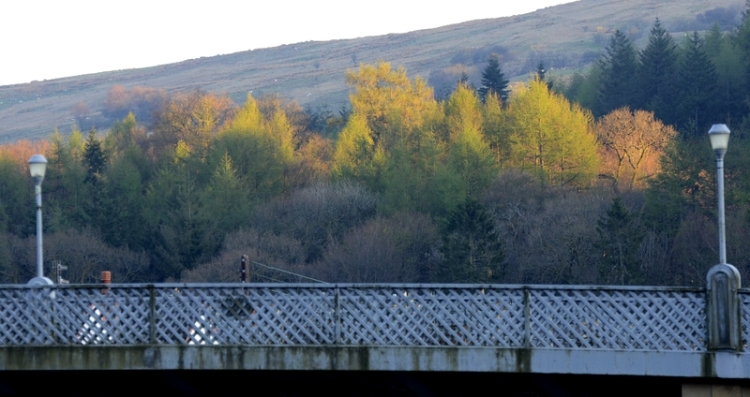 I don’t know why my knees and hips are so sore but I am going to pull myself together and get out on the speedy bike tomorrow come what may and see if a little work will cure them.

I took my flying bird picture while it was still rather grey in the morning so it isn’t as sharp as it should be.  How did that little bit of seed get into the top right corner of the picture?  It’s a mystery. 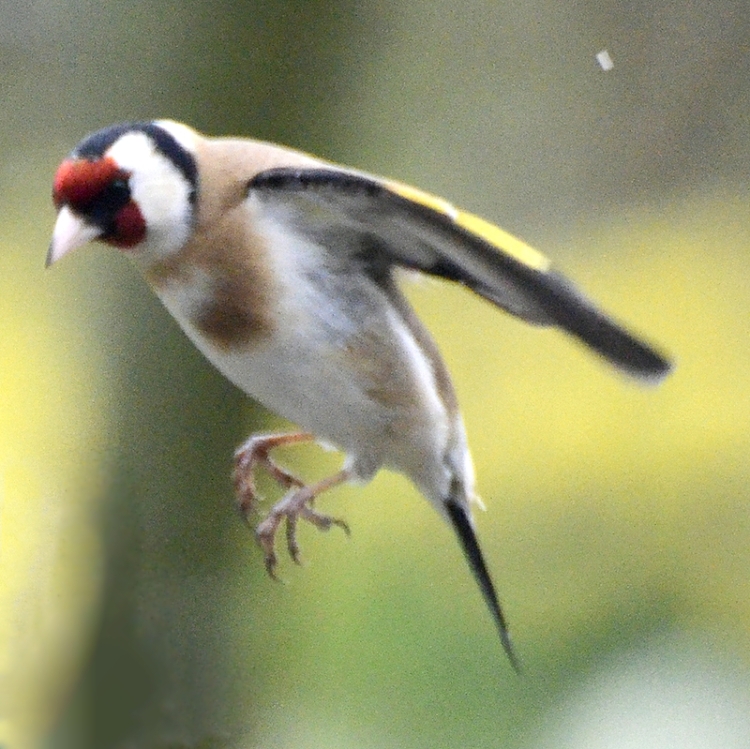 29 thoughts on “Not watching birds”