Today’s picture celebrates my sister Mary’s continuing recovery from her hip operation.  Here she is on the top of a hill with not a crutch in sight.

My day was pleasantly full of things to do.

It started with a very early breakfast and a 34 mile cycle ride with Dropscone.  The ride took in Waterbeck, Gair, Kirkpatrick Fleming, Gretna, Milltown of Sark and Glenzier.   I was keen not to over do things so I made sure that whenever a hill appeared (which wasn’t often because I had chosen the route), I was in front and setting a very steady pace.  By this means we managed to get round at a steady 15 mph without getting tired.  Once again, it was perfect cycling conditions, warm and with little or no wind.  This unusual state of affairs is set to end tomorrow with a drop in temperature and the return of a brisk north wind so I was very pleased to have made good use of a fine day.

We were back in Langholm by 10 o’clock and this gave me time for a shower and a cup of coffee before going up to the Archive Centre to meet Derek, a visitor to Langholm from Canada.  He was retracing the footsteps of his grandfather who was born here but left Langholm to join the navy before emigrating to Canada.

Derek has given me a memoir which his grandfather wrote of his early days in Langholm as well as some family photographs.   We had an interesting chat and he went off to tour the Canonbie area where  his family came from before moving to Langholm.

I just had time to go home, watch a bird or two…

… and make lunch before it was time to go out again and do my weekly stint at the Tourist Information point.  As well as a social visit from Dropscone, coming back from playing nine holes of golf, I actually gave some tourist information to a real tourist this week.  I wouldn’t call one tourist in two hours a lot but it was better than last week.

It was a lovely sunny day while I was in the tourist office so when I had locked up, I packed up my camera, bought an ice cream from the van on the Kilngreen and set off to see some nuthatches.

Green was all around…

…but sadly by the time that I had walked up to the first nest site, the sun had gone in.  The nuthatches must be feeding young because they were very busy. 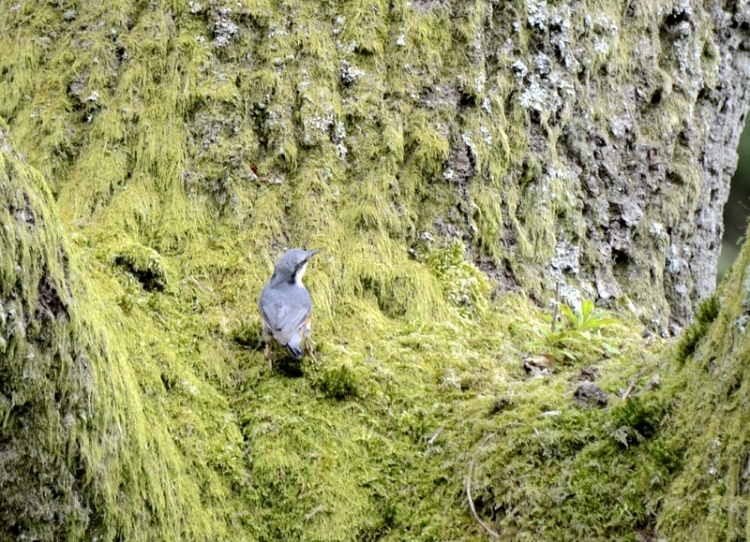 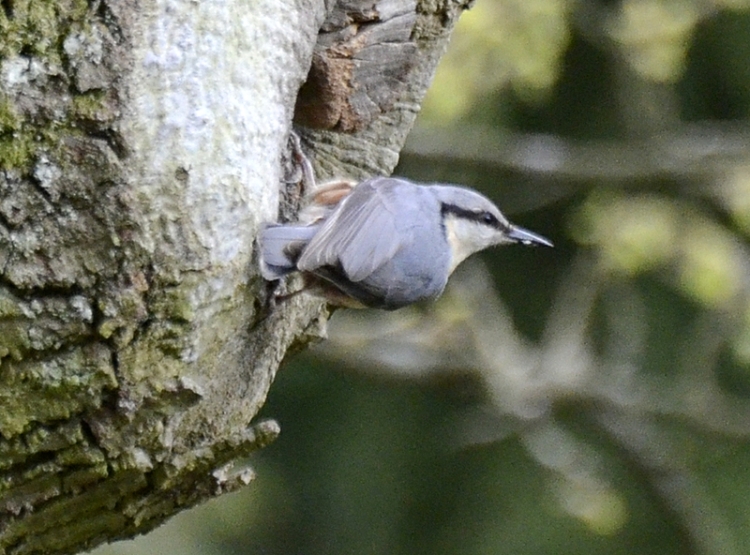 After watching them come and go for a while, I walked down to the other nest site to see if there was any activity there.  There was.

I walked back to the Kilngreen and watched a dipper on the far side of the river, too far away to photograph and a gull which rose up and flew directly away from me in a rather pointed way. 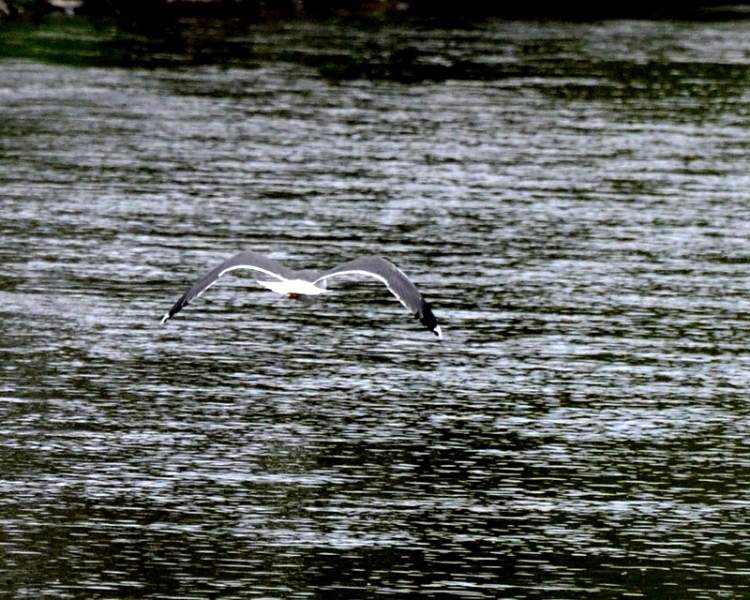 …but none of this was very satisfactory so I looked up the river for a moment….

…and then returned home.

The apples are showing more blossom every day….

…so I got out my soft brush and did my busy bee impersonation.  The strawberries are starting to flower too so I will be kept being a busy bee for a bit.

The siskins were putting on a show.

I made some stew for my tea and prepared some music for my flute pupil Luke and then it was time to pick up Susan and drive to Carlisle for another evening of enjoyable recorder playing.   We had an entertaining selection of music with works by Byrd and Holborne topping the bill.  There was lemon cake afterwards to make the evening even more satisfactory.

There were a number of entrants in the flying bird of the day category but I picked this goldfinch.