Today’s picture, in the absence of any sent to me by others, shows the bunting in Langholm which has been put up in anticipation of our Common Riding, known as ‘Langholm’s Great Day’, which takes place on the last Friday in July.

Our spell of good weather continued today but fortunately for Dropscone and myself as we went out for an early pedal, without any blazing sunshine until later in the day.  There was enough breeze to cool us down but also enough to slow us down when we pedalled into it and as we were going a little further than usual, we took things easily.  We did a 32 mile circuit taking in the delights of Kirkpatrick Fleming and Glenzier, the only places with a population of more than 10 people that we passed through.

I took my camera with me but didn’t see anything that merited stopping and starting again so those for whom time is hanging heavily on their hands can look here to find details of the trip.

When we got back to Wauchope Cottage, we found that Mrs Tootlepedal had not been idle in our absence.  She had been attacking one of the large box balls outside the kitchen window which she had deemed surplus to requirements.

By the time we had finished coffee, she had got it ready to uproot and as Dropscone departed, a little co-operative tugging got it out of the ground.  By lunch time, the hole had been filled, compost and manure applied and new plants put in place.  I shall keep an eye on their progress.

Three stages of the same rose come next:

A close look at some flowers comes next – two stages of the same geranium:

…and gone by the afternoon.

The passing of time was measured by hawkweed clocks.

A new flower arrived in the form of a perennial nasturtium which peeps out from the yew chessman next to the middle lawn. 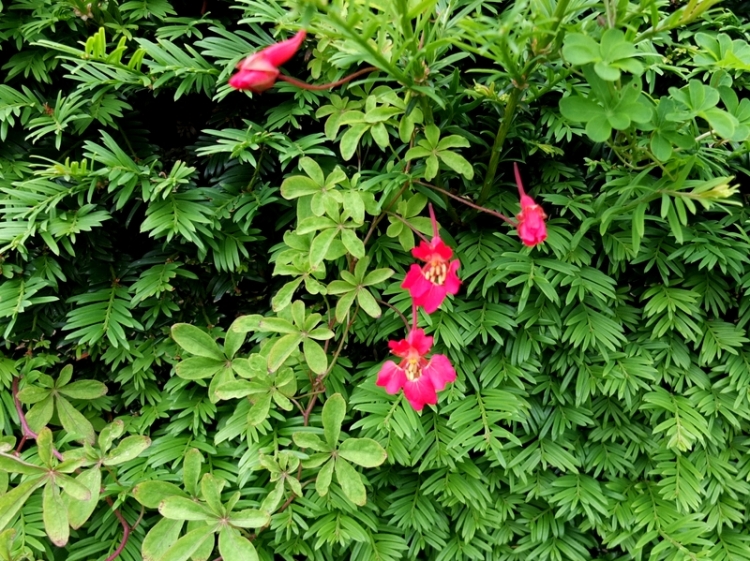 During the day, I continued the process of compost sieving,  mowed the middle lawn and with Mrs Tootlepedal’s help,  took off the strawberry netting (someone has eaten them all) and transferred it to the gooseberries which have survived the sawfly attack and are fruiting well.

After lunch, I enjoyed a nice sit down and a look at the Tour de France while Mrs Tootlepedal continued to toil in the garden, although she found time to join me for the denouement of the stage.

After the race was run, I filled the bird feeder and waited for some birds.

We had the first broad beans of the season with our tea and then went out for a walk in the beautiful sunshine.  We decided to go round Gaskell’s Walk in the hope of seeing a good display of foxgloves. 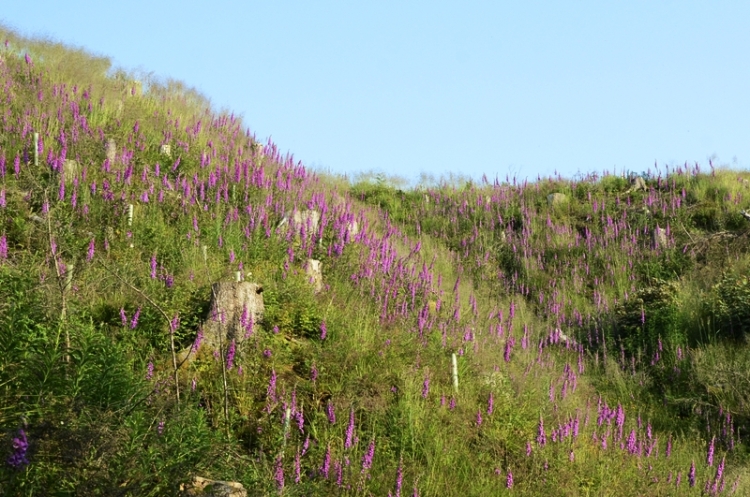 …but not as many as in previous years after the wood was felled.  Considering that it was a closely packed plantation of conifers with nothing growing under the trees, it is remarkable how lush the growth is now.  There are a lot of grasses and a potential carpet of rosebay willowherb.

It was a lovely walk in the evening sun.

There was a bridge at the start… 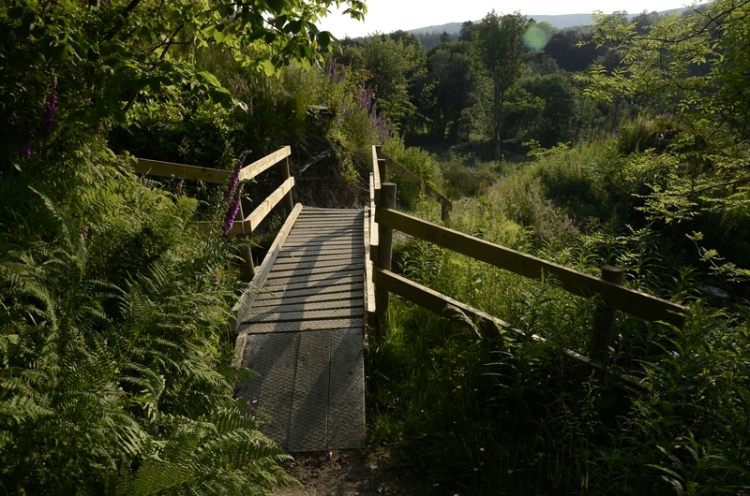 We came through the gate and onto the Auld Stane Brig, where Mrs Tootlepedal paused for a moment to contemplate the water (and life).

While we were on our walk, we could hear the strains of the pipe band in the streets below and taking a vantage point, we looked down to see the cornet with his right and left hand men leading a procession of (very) young riders along Eskdaill Street.

Horses in the streets will be a feature of our town life for the next three weeks.

We paused as we got near to home, to look for a slow worm in one of the slow worm shelters near Pool Corner.  There was a single worm in residence.

As we walked back along Eskdaill Street, a flock of homing pigeons took their daily exercise above our heads. 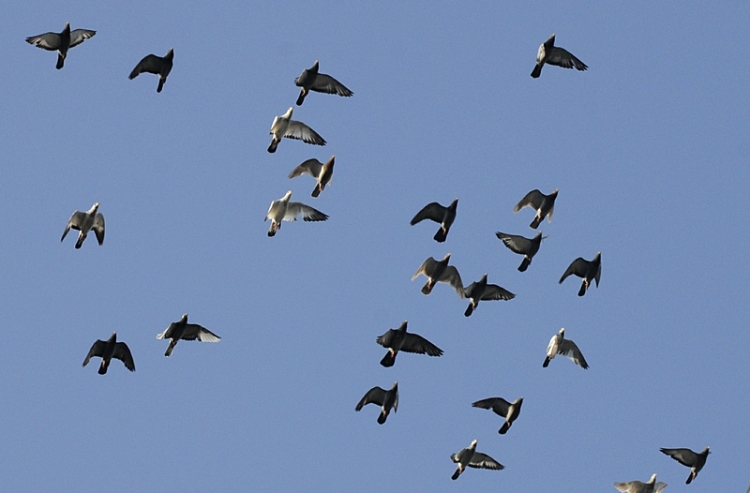 The flying bird of the day is a chaffinch (looking totally unlike any other chaffinch that has ever appeared on this blog). 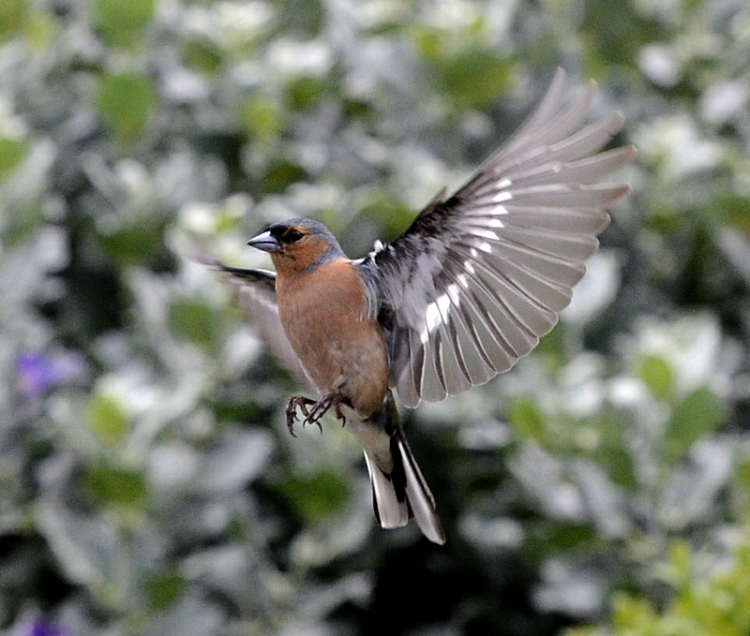