Today’s picture shows the National Monument of Scotland, on Calton Hill in Edinburgh.  It is Scotland’s national memorial to the Scottish soldiers and sailors who died fighting in the Napoleonic Wars.  It was taken recently by my younger son, Alistair.

Mrs Tootlepedal is in cycling mood at the moment and in order to avoid the heat of the day, we set out for a quick ten miles just after eight o’clock in the morning.  In the event, the early start wasn’t really needed because it stayed cloudy all day and the heat never approached the oven like state of previous days.  All the same, we enjoyed ourselves with Mrs Tootlepedal putting in several bursts of speed very much in the style of Chris Froome. I played the role of Alberto Contador and puffed along in her wake on my slow bike.

Mrs Tootlepedal had time for a slice of toast and quick cup of coffee before going off to join in the group doing an archaeological survey of the WW2 camp on the Castleholm.

I kept myself busy by picking a few more of the blackcurrants that we are sharing with the birds and making a purée for straining to make a pot or two of jelly.  When this was under way, I mowed the front lawn and trimmed a couple more of the many hedges that shape Mrs Tootlepedal’s garden design.

Trimming hedges is definitely one of things that gets harder with age and we wonder how long we can keep doing it.  There are still several hedges and one or two of the balls left to trim.

I walked round the garden doing a bit of deadheading and snipping off stems of plants that have flowered and died back.  My camera was usually near to hand as I went round.  We are reaching the time of year where clematis flowers start to poke through dark corners of the garden. 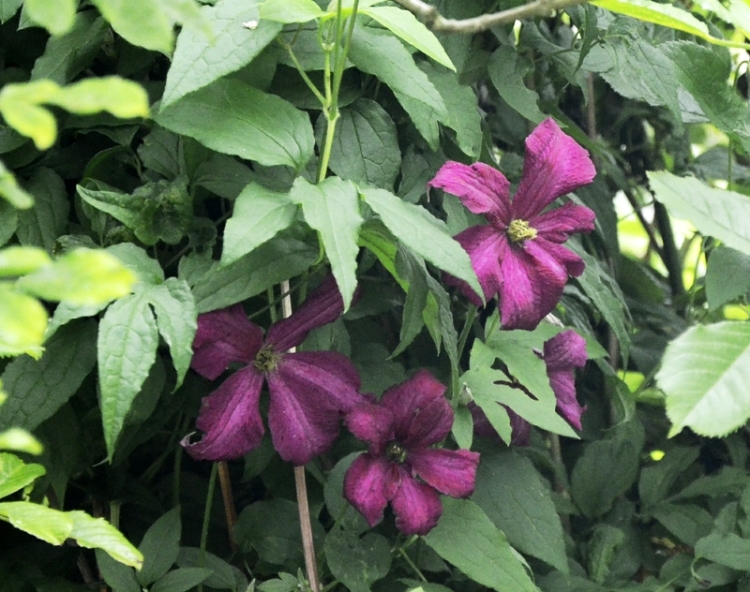 The bright orange nasturtiums test my photographic ability to the full as the camera finds it hard to get much detail among the blazing colour.

We still have flowers to look forward to.

I was quite tired by the time that I had done all this gardening so I watched the birds for a while.

After lunch, Mrs Tootlepedal and I cycled up to the High Street to watch the Cornet and his followers take part in the Castle Craigs Ride-out.  This starts in spectacular style as the Cornet heads out of the Market Place and gallops up the Kirk Wynd to the resounding cheers of the large crowd assembled to watch him.

They squeeze through the narrow top of the street….

….before hitting the grassy slopes that lead out of town.

They come singly, both confidently and cautiously…. 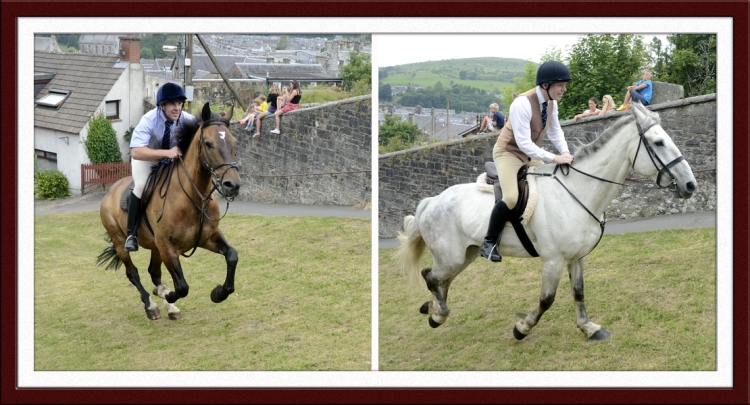 …they come in clumps, both socially and competitively…

…they come in all sizes of horse and rider… 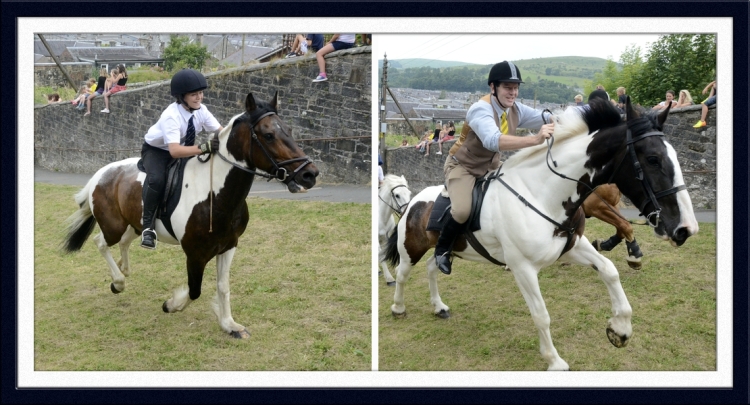 …and then they disappear up into the hills to do the sort of mysterious things that men and horses do.  There were a good number of followers and the crowd cheered every one of them from the bottom to the top of the hill.

When we got home, we were visited by a family of greenfinches.

I was intending to go out and take some photographs of the riders returning from the hill but the lure of the easy chair and the excitement of watching the Tour de France was too much for me.  After the tour stage finished, I found myself nodding off in front of the golf and the horses came home without being bothered by me at all.

And then I snoozed the rest of the day away too.  It was very peaceful.

I did look round the garden once more, when we came back from a short shopping trip to get the groceries.

And I made two jars of blackcurrant jelly.  I am not sure that it will a very good quality jelly as I may have overcooked the purée.

Over the past two days, the wind has changed direction and risen slightly, the humidity is rising too and we are promised at least the possibility of rain by Tuesday so the fine summer may be coming to a premature end but it has been very good while it lasted even if it has been a bit tiring.  I hope to make the best of the next couple of days.