Today’s picture, in the absence of any contributions from friends and family, is a geometrical delight from our garden.

The day started tentatively on my part as I tested out my fragile back while Mrs Tootlepedal went off to sing in the church choir.  I was able to walk about the garden and take pictures so the back couldn’t be said to be too bad.

A multicoloured blackbird entertained me for a while.

Mrs Tootlepedal returned from church and we booked some railway tickets to go to Skipton by the Settle and Carlisle railway line (a great scenic treat on a fine day) at the end of September.  The purpose of the trip is to visit a yarn fair there.

As well as looking at the flowers, I had dealt with a couple of items of business from the in tray while Mrs Tootlepedal was out so I was feeling pleased as we took another stroll round the flowers.

I was even more pleased when I saw a peacock butterfly.  The contrast between the top and bottom view of its wings is striking.

There were more bees of course.

I must have a word with Santa about the need for a macro lens at Christmas.

I made some lentil soup for lunch and fortified by this, we got our bikes out and set off to cycle the ten miles to Chapelknowe where there was a cream tea to be had.

I was more than a bit worried about my back but, as often happens, I felt a lot more comfortable on the bike than off it.

By coincidence, shortly after we had left home, we met a couple of friends cycling the other way.  We stopped to chat and they revealed that having read about the re-opened bridge further up the road on the blog, they had felt moved to go and inspect it for themselves.  It had been almost as exciting as their recent visit to the World Athletic Championships in Moscow (but not quite).

We pedalled on and as we turned off to go over the Kerr road, Mrs Tootlepedal spotted a line of birds on the telegraph wires.  At first she thought that they might be swallows preparing to leave….

…but after a closer look, we think that they are starlings getting ready for the big winter gatherings to come.

We cycled up to Solwaybank through peaceful upland farming country….

…before heading down the hill to Chapelknowe.

It was a really lovely day by this time and after an hour in the saddle, we were ready for our cream tea.

Unusually for a village hall, the chairs were really comfortable.  The supply of scones, jam and cream was inexhaustible although Mrs Tootlepedal did her best to exhaust it.

We had several cups of tea and a lot of cheerful conversation with friends and strangers and felt that it had been well worth the ten mile trip.  Our return took us back by a different and more scenic route.  (Click on the map for details if you like.) 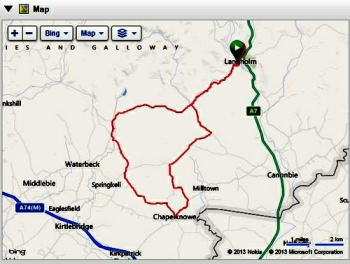 We headed through the village and took the road up to Kennedy’s Corner.   It runs gently uphill and gives fine views back towards the Solway.  Here we see Mrs Tootlepedal whizzing up the hill, having just passed a couple of cars that were holding her up.

The slightly hazy conditions mean that the camera doesn’t do any justice to a pleasantly sunny, still day.  It would have been hard to find a nicer day or a better bit of country for cycling after a cream tea.  We got to the top of the ridge and sailed down the other side to Falford where I stopped to take a picture of the bridge.

I stopped again to take a picture of my favourite view half way up the hill. 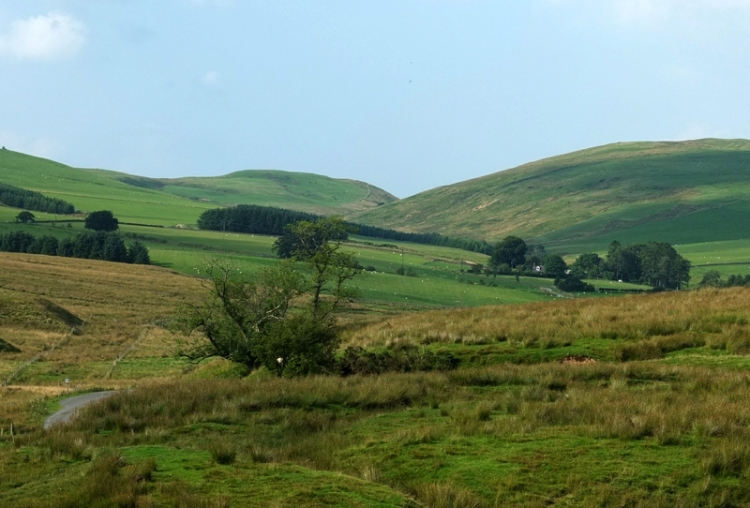 By this time, Mrs Tootlepedal was away up the hill in a style reminiscent of Vincenzo Nibali. 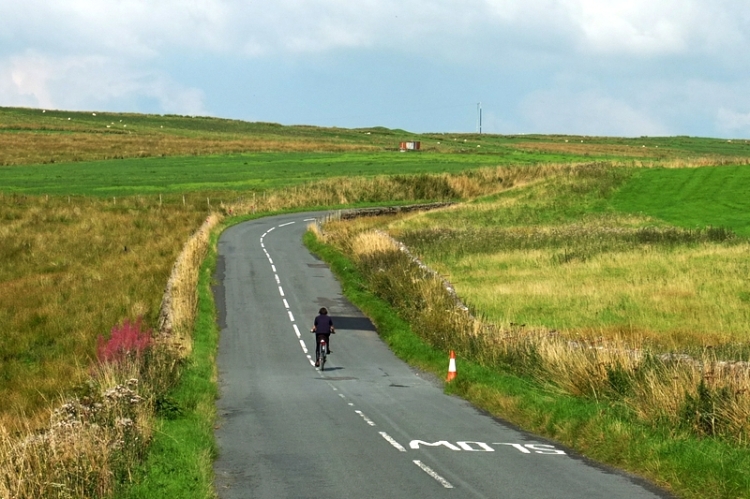 I caught her up with difficulty and we enjoyed the swoosh down the other side of Callister.  It really was a lovely day for cycling….

…and basically all downhill to home by this point.

The ride ended up at just under 24 miles so we felt that we had probably done enough to earn the scones and cakes.

I resisted the temptation to mow any lawns when we got back, being more than pleased that my back had stood up to the cycling.

We were able to relax and watch the final miles of the Vuelta (the Spanish equivalent of the Tour de France) on the telly as we ate our evening meal.

Although my back is still quite sore, I was very pleased to find that cycling doesn’t make it worse and I hope to get out again tomorrow while the weather remains good. 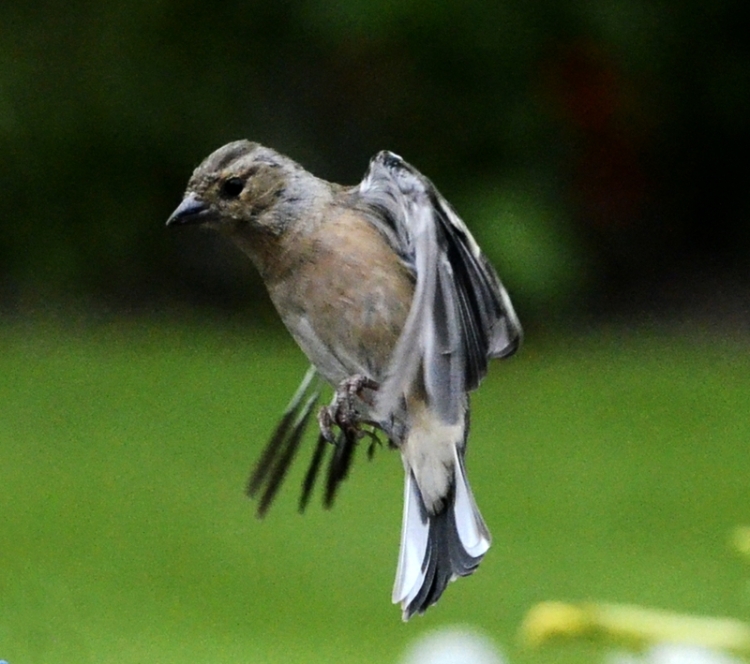