Today’s picture shows the view that my neighbours Gavin and Gaye should have been looking at out of their aeroplane window today had they not been laid up at home here in Langholm with the lurgy.  It was taken by their son who lives out there.

It was a confusing day as far as the weather went.  When we got up, it was bucketing down but if you poked your head out of doors, it was really warm for the time of year.  The rain eased off during the morning and at one moment in the afternoon the sun even made a brief appearance… 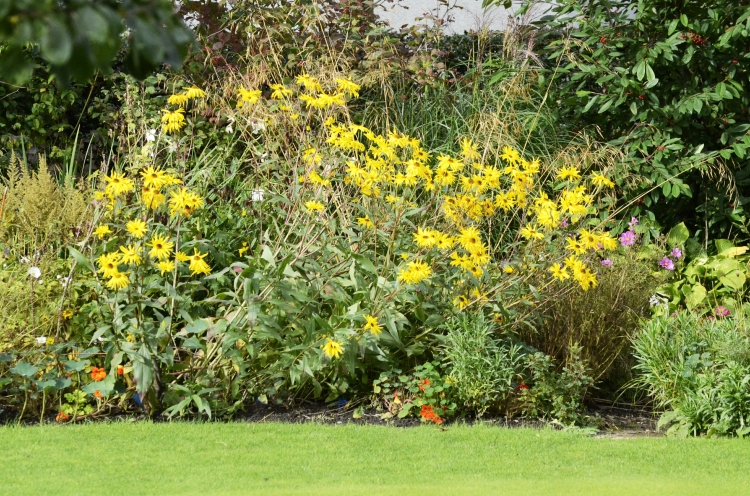 …but it didn’t last.

In a burst of enthusiasm, I cycled the 200 metres to the Buccleuch Centre to get a ticket for Mrs Tootlepedal’s concert and by the time that I came back it was raining heavily again.  Just my luck.

Generally, I had a quietly pointless day.  I had hoped for treacle scones but Dropscone rang up to say that he was otherwise engaged.  To make up for this, I cooked some tea cakes.  They were better than my last effort on this front and looked more like tea cakes and less like demented buns.

I had to be quick with the camera because Mrs Tootlepedal, who had said that she wasn’t going to eat any of them, ate three of them in short order.  Still she used up a lot of energy on the stage during the concert so I expect that they won’t have affected her diet.

The weather was good enough around lunch time for her to get out in the garden and do a bit of work on the border she is re-doing.  Some yellow crocosmias have gone in. 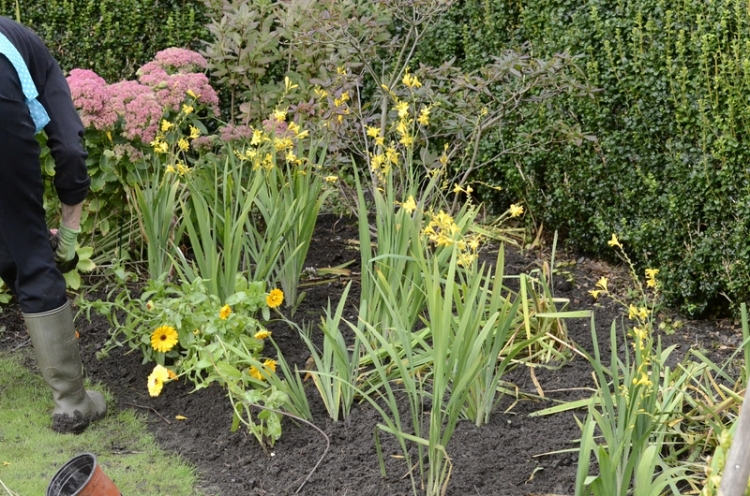 There are going to be iris Siberica and Shirley poppies too in the course of time.  They both do well in the garden.  The Shirley poppies  by the middle lawn have stood up bravely to the recent rain and wind.

I drifted around snapping berries in the garden while Mrs Tootlepedal toiled.

I was able to pick a pound of raspberries and I used them to make some raspberry jam with a few brambles added in for extra flavour.

For those who don’t make jam, I should say that the best thing about making raspberry jam is that it takes about ten minutes from start to finish and it never fails.

I noticed two good looking turnips as I brought the raspberries in. 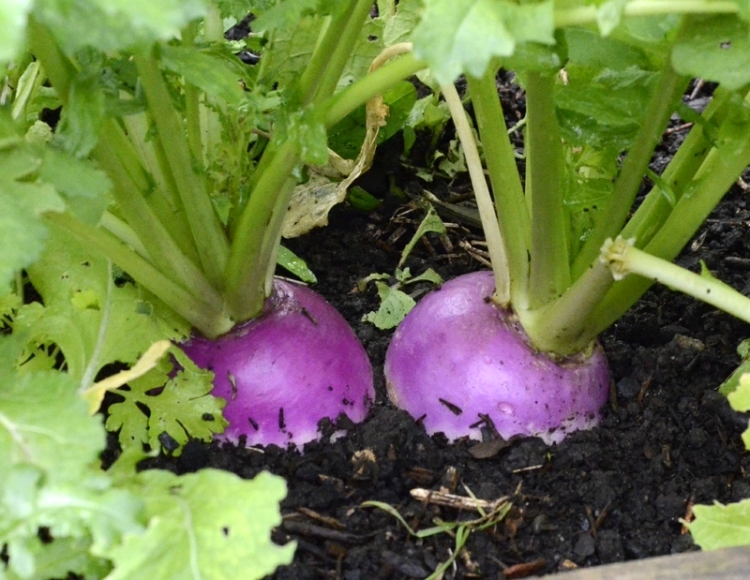 They will soon be taking a leading role in a nice pot of stew.

I was talking to an occasional reader of the blog at the concert in the evening and she remarked that there was a tremendous number of chaffinch pictures at the moment and implied quite politely that a change might be appreciated.  She lives at the edge of the town and has regular nuthatches, squirrels and woodpeckers as visitors so I can see why she thinks a diet of chaffinches might be a little dull.  However I take all readers’ suggestions to heart so there is a chaffinch-free blog today.

Luckily  a robin put in an appearance….

…both in the plum tree and on the ground.

A sparrow ran its eye over the fat balls.

A great tit measured then for size. 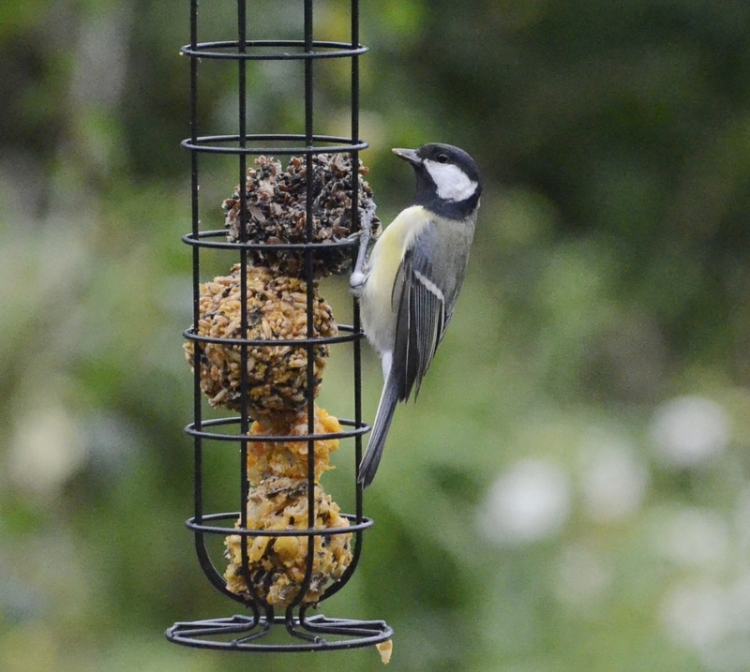 And a coal tit had a nibble too.

Not a chaffinch in sight.

In the evening, I went to the Buccleuch Centre for Mrs Tootlepedal’s concert and enjoyed it a great deal.  It is always a pleasure to see Mrs Tootlepedal in the chorus as she works so hard and acts in such a lively fashion that she looks just like she looked when we got married.   The rest of the show was very enjoyable too,  being a tour through popular numbers from past shows including the Mikado, the first show the society performed 90 years ago.   The  cast was aged from eight to eighty and the society looks good for another ninety years.

I can’t say that my cold is much better but if the weather is at all nice tomorrow I might sneak out for a token pedal.  I’m getting seriously itchy feet. 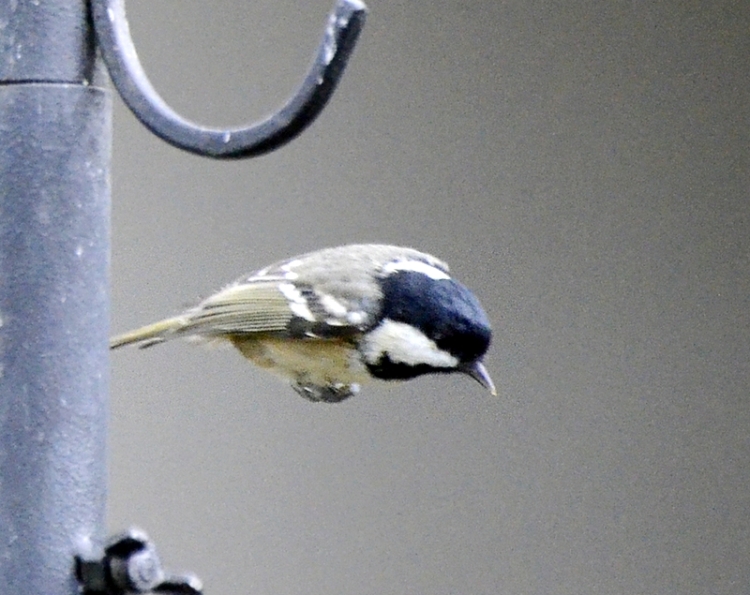 21 thoughts on “Season of mists and mellow frightfulness”