In a typical stroke of malice, the weather gods relented from the unremitting provision of near freezing temperatures and delivered a day that was suitable for cycling on a day when I had very little time to spare for going cycling.

It was still pretty chilly first thing and by the time that it had warmed up, it was time to go to the Buccleuch Centre to help Sandy set up his photograph stall at the craft fair there.  This didn’t take long and I got the opportunity to take the belt drive bike for a ten mile pedal before the fair opened.

The autumn colours are fading fast and I took this shot from  my turning point just for the record to prove that I had actually had a cycle ride.

At 4°C it wasn’t exactly warm but there was no ice on the road and the wind was gentle enough to make riding a pleasure.

I had a quick bowl of soup when I got back and then went along to the fair and to my amazement, it was absolutely packed and Sandy was already surrounded by eager shoppers.

I was hoping to get a photograph of the stock on the table but such was the steady flow of visitors that there were few opportunities.  I was able to catch a glimpse of Maisie’s aunty running her jewellery stall a few yards away from us with the assistance of her son William.

Elizabeth’s stall was full of nice things and I bought a pair of earrings for Mrs Tootlepedal’s birthday from her.  I took the precaution of getting Mrs Tootlepedal to choose them for herself to make sure of acquiring an acceptable gift.

When the jeweller went off for a wander William was joined by his grandfather in supervising the stall.

The fair was supposed to last from 12 until 4 but by three o’clock the stream of visitors had started to dry up and it soon came to a complete stop and we packed up and went home at about half past three.

We had had a busy time and chatted to many friends both old and new and sold quite a lot of picture cards between us.  Sandy also sold a large mounted picture and a lot of his rather fancy bookmarks so we were both satisfied.   In all, we raised £90 for the benefit of the Archive Group and learned a bit about what sells and what doesn’t.  We both had a set of cards which sold out almost immediately and others that didn’t go so swiftly.  We might well do this again of we get the chance.

I had made four of each of my cards and sold at least one of each set.  Because I didn’t take any other pictures today, I am putting the photos that I used on the cards here.  You get a digital smile if you can pick the best and the worst sellers out of them. 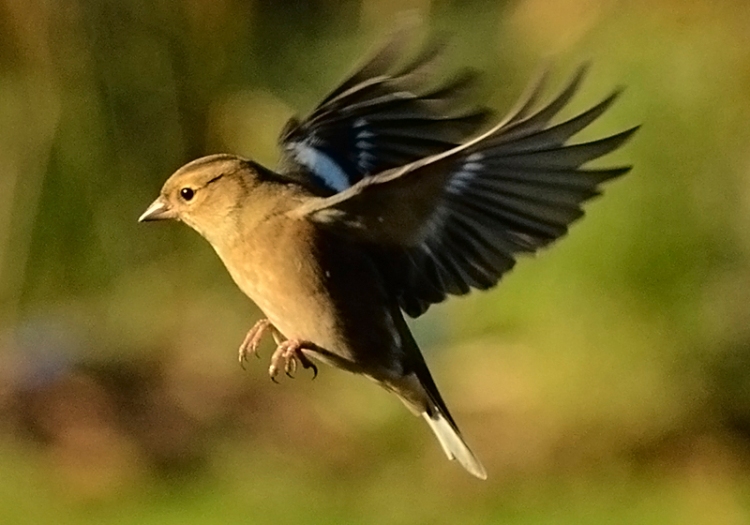 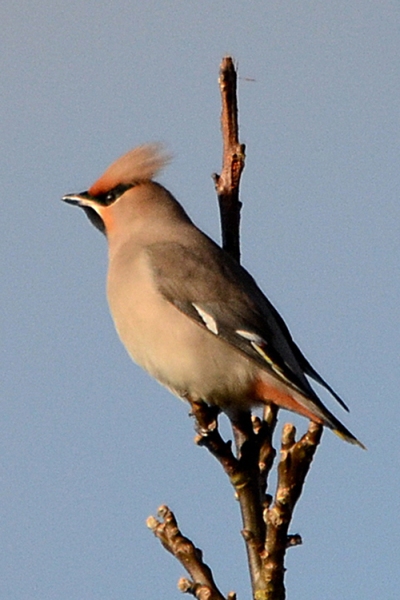 The blue tit flew off the table and the house sparrow stayed perching with only one sold.  Mrs Tootlepedal thought that the left facing birds would have had more appeal if they were facing right.  She may well be correct in this.

The sparrow will face the other way before he reappears on a card.

Sandy came round for a cup of tea when we had packed up and we found that Mrs Tootlepedal was making a good looking batch of tea cakes so when they came out of the oven, Sandy got a couple to take home with him and Mrs Tootlepedal and I had several each just to test to see of they were OK.  They were OK but not very long lasting.  She will have to make some more quite soon.

I only a had a moment to peer out of the kitchen window all day but luckily a chaffinch flew by at the right time to make flying bird of the day..