Today’s guest picture shows the result of time hanging heavily on someone’s hands near Eskdalemuir.  It was sent to me by Sandie, my northern correspondent who wonders if it is a Christmas decoration.

Our weather here today was very tame after the gales and floods that have lashed the east coasts of Britain recently and I took advantage of the quietness to get a gentle 20 miles in after breakfast.   Because it looked as though it might rain, I settled for a three lap visit to Wauchope Schoolhouse and back  and stopped on my final lap to take a couple of pictures of Glencorf burn just to prove that I had been there. 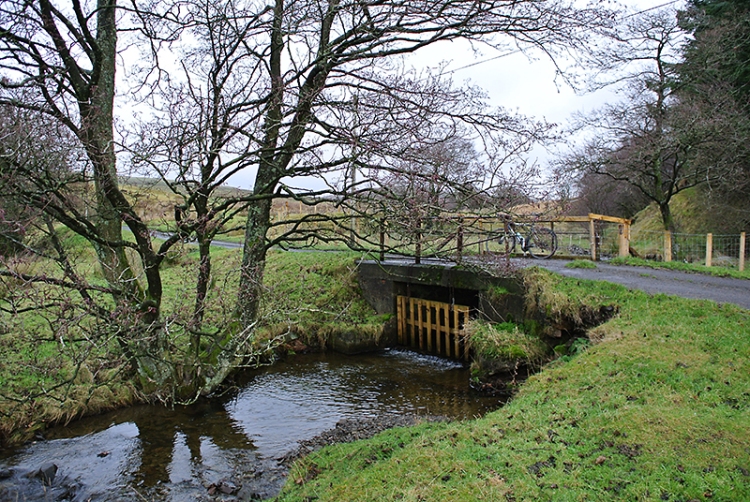 When I got home, I went off to the producer’s market to stock up on fish, mince and cheese and added a little stewing lamb for the slow cooker to my bag.  The fish people, who come from Eyemouth on the east coast, told me that their place of business had been flooded when the tidal surge had risen over Eyemouth harbour.  They were remarkably cheerful when talking about it.

I had a quick walk round the garden but there was not much to see.  Even the euphorbia was full of tears. 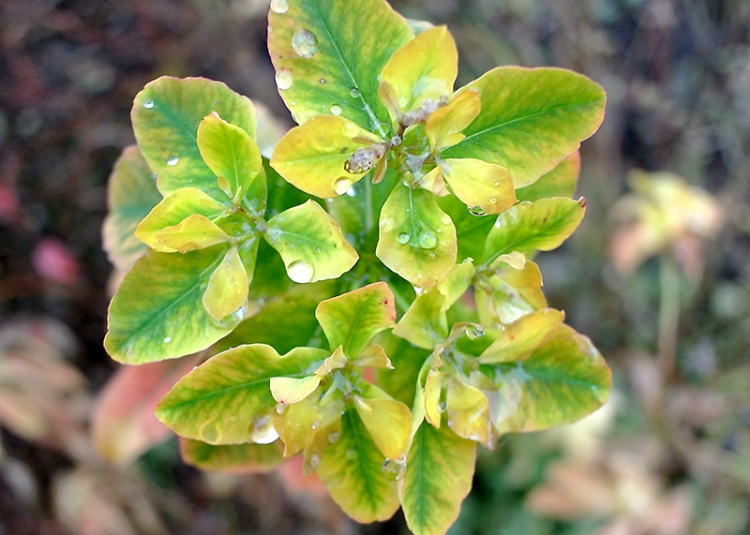 The rose which is trying to come out is still trying but not succeeding. 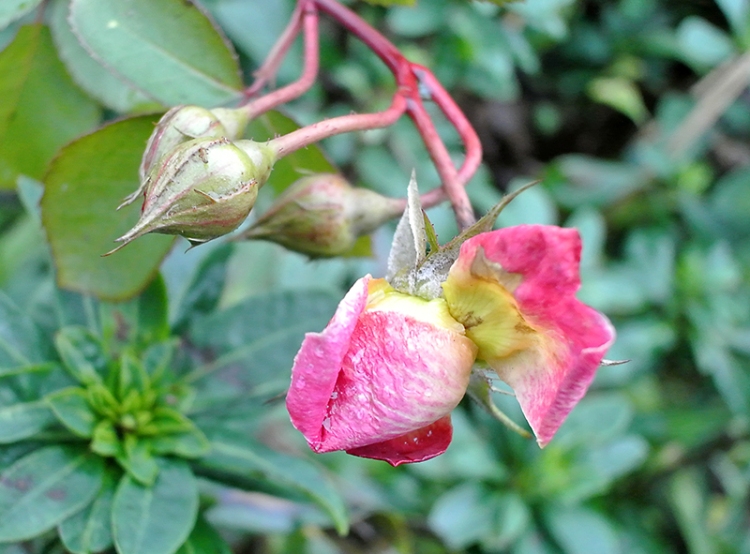 After lunch, Mrs Tootlepedal and I went on a fungus hunting walk round Jenny Noble’s.  I had meant to take a camera with me but I forgot.  This was a not a disaster as it was so gloomy that taking pictures would have been a thankless task.  We enjoyed the walk and saw quite a few things that will repay a later visit with a camera in hand (and better light).

During the day, I looked at the feeders from time to time but they were not very busy.  The usual chaffinches were about…

The light winds had encouraged a coal tit to visit.

A siskin made a change from the stream of chaffinches on the feeder. 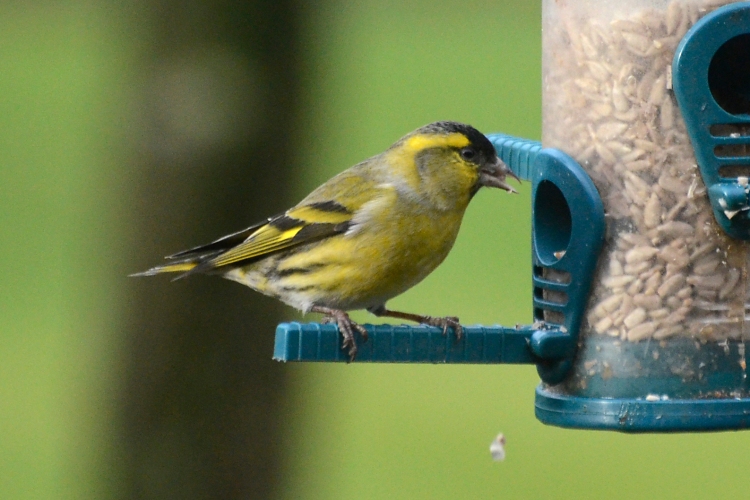 Looking at the pictures that I took at this time last year, I see that we had many bramblings, some snow on the ground but no siskins.  This year we have had no snow, one brambling and one siskin.  I await developments on all three fronts.

When we got back from our walk, there was time for a cup of tea and after I had taken my keyboard along to the Buccleuch Hall for the choir to use at the  the Town Band concert where Langholm Sings were guests, it was soon time for our evening meal and the  preparations to go out.   I spent some time re-learning how to tie a bow tie as I haven’t had to wear one for years and a white shirt and a bow tie is the uniform for the men of the choir.

I was a bit sad when our accompanist turned up with his own keyboard and mine wasn’t used.  I am not a fan of hauling things about unnecessarily.

There was a good audience for the concert and the Town Band played very well under their new, young conductor.  Because we in the choir were sitting right at the front of the hall, I found the music a bit overpowering and I pined for my usual place at the rear of the auditorium where you can see better and you don’t get bombarded by notes.

The choir sang its six Christmas songs and carols well, making a good sound.  The Buccleuch Centre has an extremely dry acoustic and we were very stretched out across the hall in front of the  stage.  As a result,  those on the edges found it difficult to hear the other singers let alone the keyboard so we weren’t quite as precise in our work as we would have liked but on the whole we were satisfied and got some good comments from the audience.  Our musical director, who is not in the best of health,  conducted the three pieces in the first half and I did the three in the second half which I enjoyed a lot.  I was particularly pleased not to knock my music stand over even once.  A triumph.

The flying bird of the day is, not unexpectedly, a chaffinch, caught in one of the brighter moments of the morning.