Today’s guest picture is another from my sister Mary.  Yesterday she sent me a very nice picture of the Serpentine in Hyde Park and today she has surpassed it with a shot of the pond in Regent’s Park.

It was yet another in what seems like an endless run of grey, cloudy days here but it was dry and the temperature at 6°C was quite high enough to ensure that there was no danger of frost so I got the speedy bike out after breakfast.  The constantly wet roads meant that I had to clean and lube the chain before setting out but once that was done, I set off with a light heart and two bananas.

My target was a 50 mile run and to make things easy for myself, I went south down the main road on my favourite gentle Sunday morning route to Longtown and Newtown.  I had my phone with me so I stopped once on the way to record an outbreak of gorse flowers in a hedge near Smithfield.

I whizzed past my usual resting place and turning point at Newtown and headed on into Brampton. 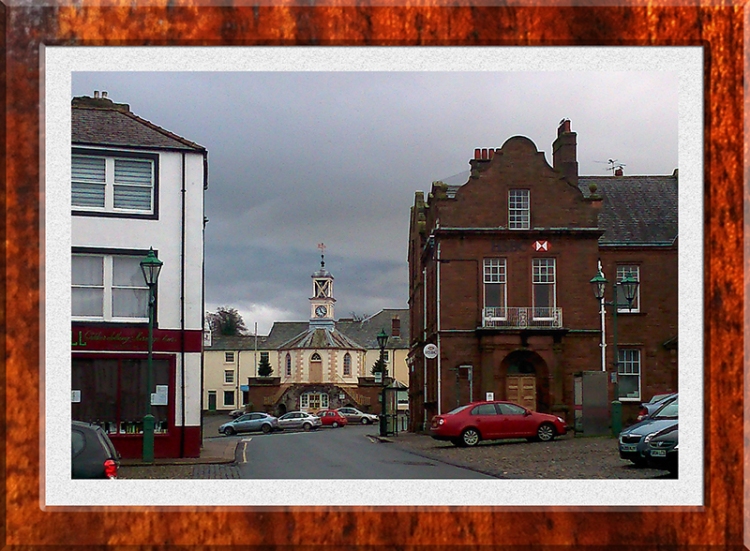 I passed the attractive moot hall (built 1817) which you can see in the picture and which is now used at a tourist information point and pedalled on towards Castle Carrock.   There is a four and a half mile hill from the crossing of the river Irthing near Newtown, through Brampton and on up the road that I was following so I wasn’t too upset to see the red lights flashing at the level crossing near Talking Tarn. 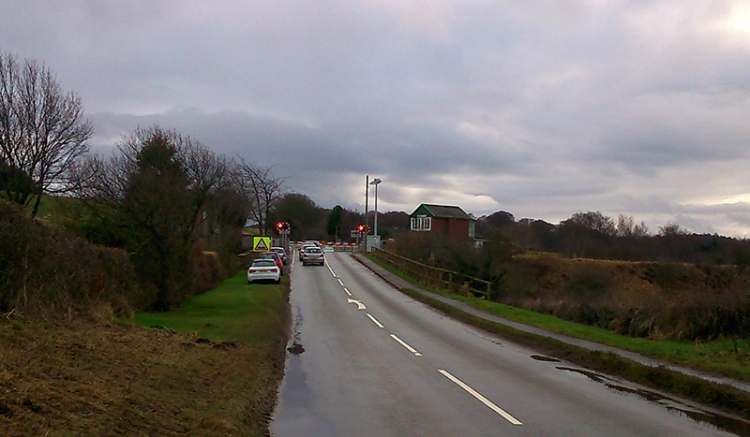 A little train soon rumbled across the road….. 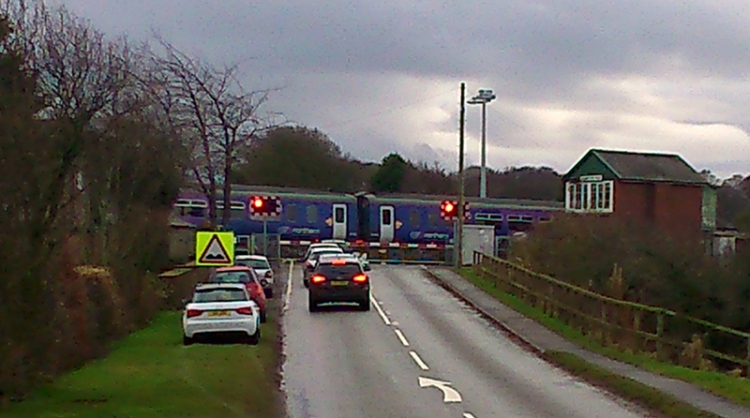 …but what you can’t see is the train going in the other direction behind it.  I don’t think that I have ever seen two trains going across a level crossing at the same time before.  Recovering from this excitement, I pedalled on to the top of the hill past Brampton Golf Club and freewheeled down a short hill to my turning point, a bridge over the strikingly named Hell Beck.

It has possible the biggest bridge with the smallest arch that I have ever seen. 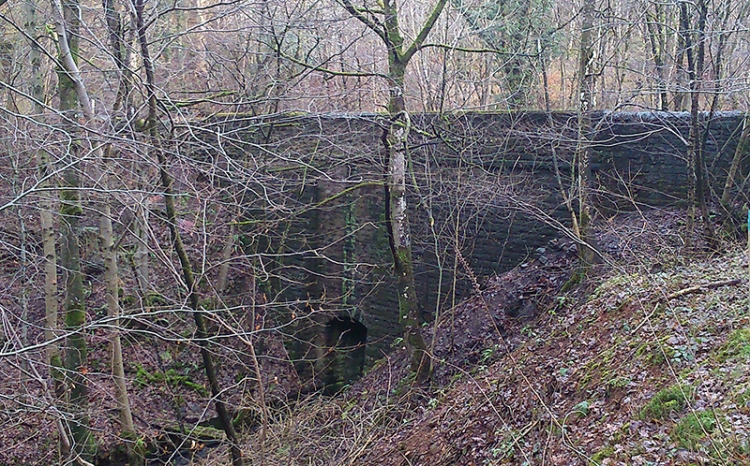 As you can see from the top picture, there was a glimpse of sun for a while as I set off back home, but it didn’t last and it was raining before I got to Longtown.  When I got to Longtown, the rain stopped and I stopped too for a final banana. I was just by the ex gravel pits at the auction mart and I thought that they looked quite striking. 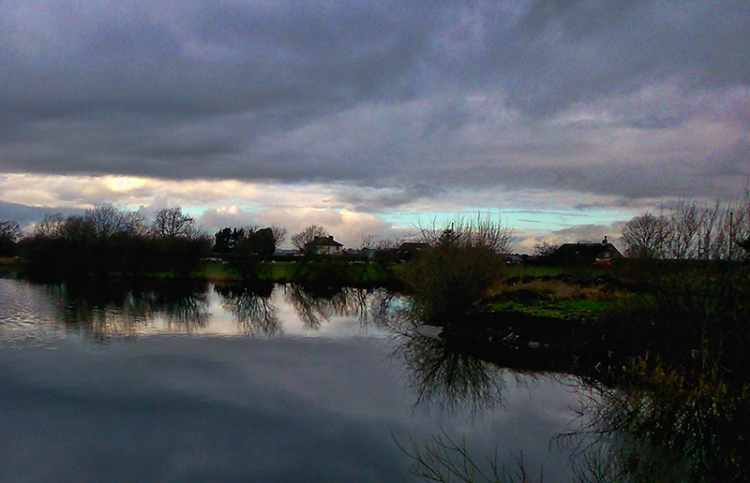 The banana had enough oomph in it to get me home at an average speed of just over 15 mph for the 50 miles so I was very satisfied with that on a cold, damp day.  I might add as a point of mild interest that I was passed on the road by Dropscone going the other way in his car taking one of his daughters to the station in Carlisle.

For those with time hanging heavy on their hands, details of the ride may be found here.

I didn’t have much time to exchange chit chat with Mrs Tootlepedal as I was going to my choir in Carlisle.  I had time to have a shower, a quick lunch and put out some blackbird pellets.  Once again we suffered from a black bird category error as first two and then ever more jackdaws arrived on the lawn and gobbled up all the pellets.

…and a female brambling took a lower position.

Because I was in a hurry, the light improved….

…but I was soon in the car and off to Carlisle leaving Mrs Tootlepedal behind me.  As well as learning the spoons, she has been engrossed in knitting a shawl recently and it was too much of a wrench for her to leave it.  She says that she may come next week.  I hope she does because I really enjoyed this week’s session.  The musical director is a star and takes infinite trouble to teach us how to sing properly as well as patiently taking us through the tunes.

I arrived home safely and had a Mediterranean-ish sort of evening meal.

The flying bird of the day is a goldfinch snatched in my brief window of opportunity. 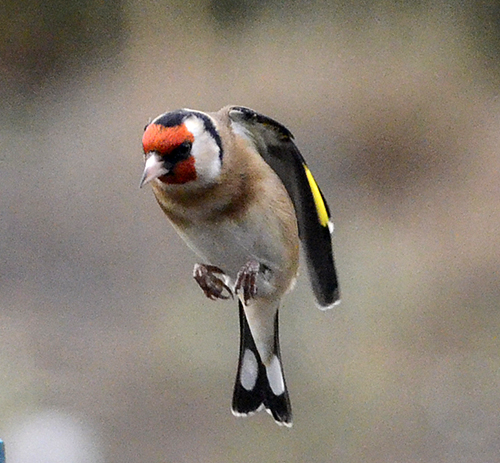