Today’s guest picture comes from my Newcastle correspondent and shows her son Leo who was anxious to stop having his picture taken and to get on with getting on to the train at the Tanfield Railway.  Who can blame him.

It was the world turned upside down this morning as Dropscone arrived with drop scones before I had gone cycling.  He had yet another of those things to do which have bedevilled his last few days and felt that I might not survive without scones for any longer so he came shortly after breakfast and we enjoyed coffee and scones.

It suited me very well as it was too cold (1°C when I got up) to go cycling but by the time he left, the temperature had reached a safe 3° and I was able to get the speedy bike out and, fortified with coffee and scones,  enjoy a gentle circuit with no hint of rain and a wind that had forgotten how to gust.

We are certainly enjoying the best of the available weather at the moment and with the lighter wind, I had no hesitation in heading out into the country, especially as the wind promised to blow me home.  It was strong enough to make the first ten miles quite hard work, especially the long slog to the top of Callister.  This was the only climb of the day though and after that, a serious of gentle undulations took me through the farmland on the edge of the hills above the Solway plain.

I stopped to take a couple of pictures.  This is one of three morose bullocks which give me a hard stare every time I pass them.

A more cheerful gorse bush caught my eye near Gair. 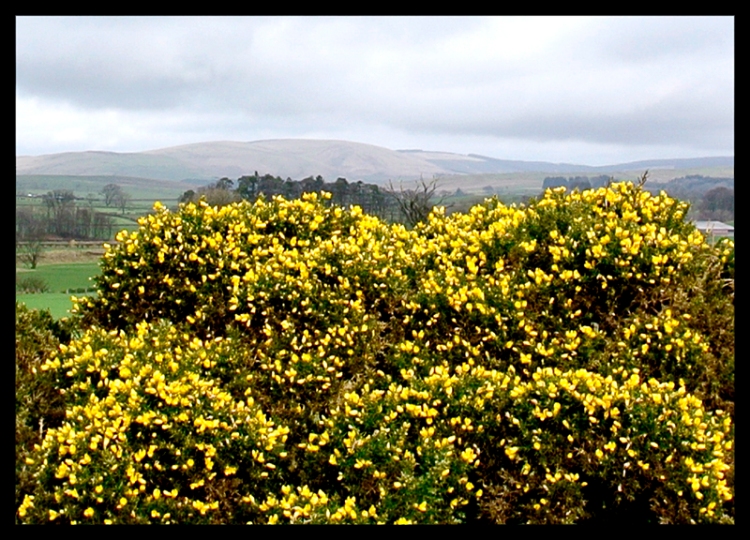 I was very happy to have found some good weather in which to do just under 28 miles and even happier when I scrambled home in just under two hours, helped by a good push from the wind down the last four miles.

Mrs Tootlepedal had been doing some gardening when I was out and the day was even nice enough to get some washing hung out.  It wasn’t actually dry when I took it in later but it was drier.

After lunch, I watched some birds for a moment or two…

…before heading up to the High Street to sell two sets of the Archive Group postcards to two shops which have sold some of the previous delivery already.  The idea of making the postcards for sale to raise funds was suggested by a member of our group and I was a bit worried about whether it would work out well but these early signs are encouraging and the retailers are very enthusiastic.

I was hoping to buy some cheese but the cheese emporium was closed while they fitted new heating so I cycled along to the Kilngreen to see what was going on there.  Ducks were going on there. 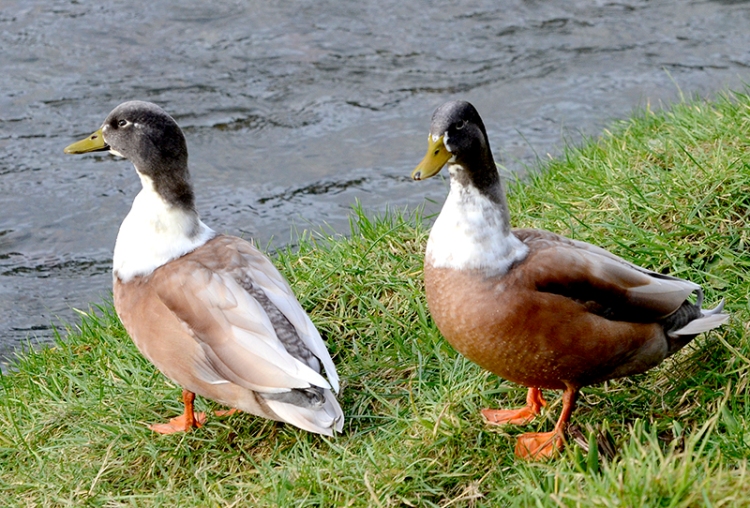 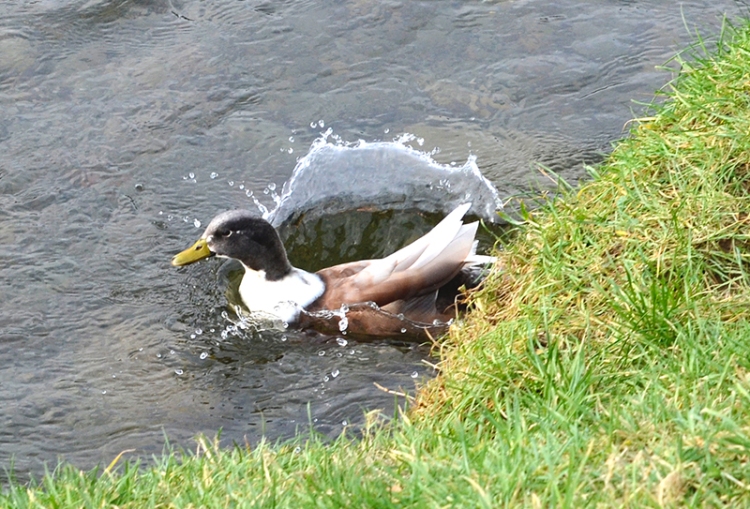 …and conducting the duck choir.

…before heading home to prepare some pictures for the camera club’s next competition.

Before I started on the pictures, I had a quick walk round the garden to get the washing in and search for new signs of spring. 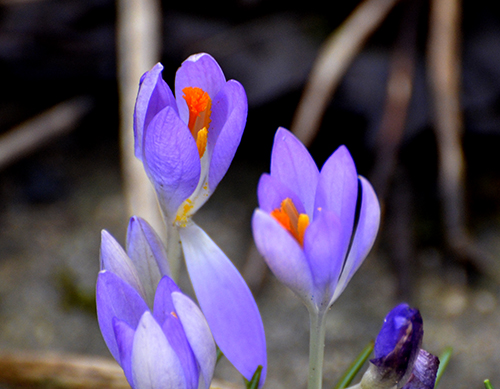 I turned round as I went inside and saw these two chaffinches.

While I was working at the pictures, I got a phone call from a reader who had inadvertently purchased some Seville oranges and who wondered if I might like to make some marmalade from them.  I was delighted and a few minutes later she appeared at my door looking for all the world like Nell Gwynne (but too shy to have her photo taken).

In the evening, my flute pupil Luke came and we got down to the the serious business of playing minor scales properly.

After tea, Sandy arrived to give me a lift to Newcastleton to a camera club meeting.  There was no work to be judged this week and we got a demonstration from a  visiting expert of how to put together photo sequences with accompanying music.  This was not a new skill to me but the little series of sequences he showed at the end of his talk had some lovely pictures in them.

The flying bird of the day is Mr Grumpy who kindly gave me a flypast at the Kilngreen.

30 thoughts on “Getting the best of it”