Today’s picture is another from my siblings’ current visit to Spain and shows the water feature in front of the Catalan National Art Museum in Barcelona.  It was captured by my brother.

We had a very nice sunny day for the most part today but as Dropscone and I found out when we went to Waterbeck for our morning pedal, there was a pretty strong and chilly wind blowing from the west.  I spent most of the ride puffing along miles behind Dropscone and then, to his justified annoyance, whizzed past him when he waited for me at the top of the final hill before a downhill rush home.  The whole thing was not a triumph of teamwork.  Still, the scones were as tasty as ever.

As Dropscone has got a borrowed bike at the moment, there was an unlikely moment when he actually washed it before taking it home.  I was impressed.

When he had gone off on his clean machine, Mrs Tootlepedal and I cycled up to the Moorland Bird Feeders as I was filling in for one of the usual volunteers.  It was glorious as we pedalled up the hill, with a bit of warmth from the sun imparting a definite feeling of spring in the air. 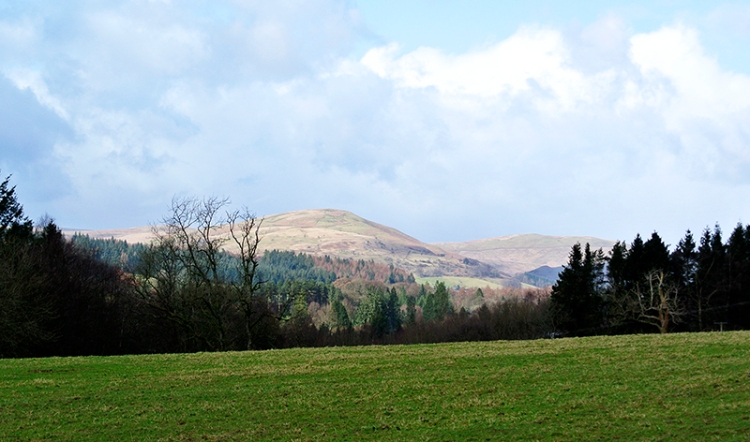 I was distracted by a flash of yellow on a tree beside the road.

It was chilly and muddy in the shade of the trees at the feeders so we didn’t linger.  In contrast to our sunny ride up the hill, our return trip downhill was accompanied by a violent hailstorm.  Luckily, we were under trees for most of it and it had stopped as quickly as it had started before we arrived home.

Once home, I checked on the frog army.  The picture below is of poor quality but I have put it in because it was the best that I could do and I think I can count twenty frogs at least in it and there more out of shot. 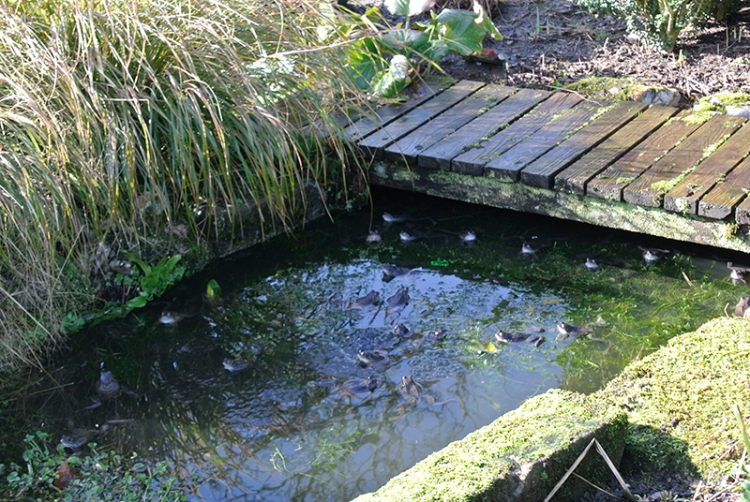 I took some individual portraits as well.

After lunch, Mrs Tootlepedal went off to work and I went up to try to offer my friend Arthur some assistance with a malfunctioning computer.   Its ills were well outside any small area of competence that I have in these matters so I left him to seek more useful help elsewhere while I collected our car from the garage and drove home.

At a recent camera club meeting, the lecturer was extolling the use of continuous shooting.  I haven’t tried this before so I had a go today at some chaffinches in the sun and got some promising results.  I will have to get used to the extra work that producing so many shots entails.

I was looking at wings.

I looked at some flowers too.

The sky above the garden was full of rooks circling the town in a noisy procession. 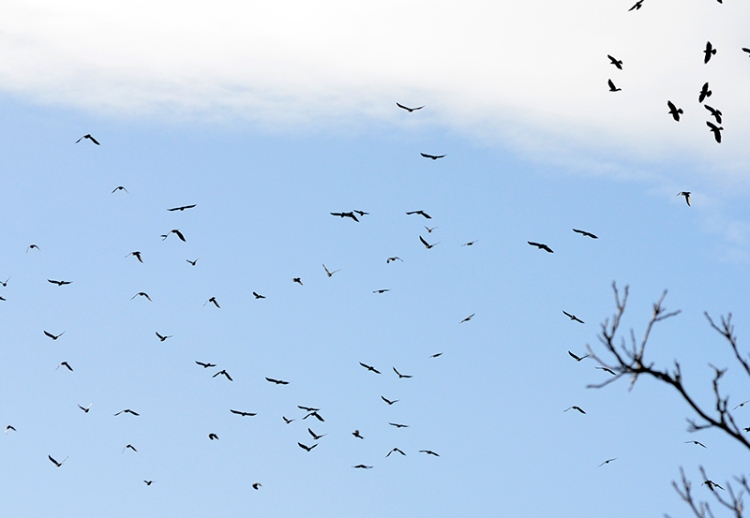 After a pause to grapple with the crossword, I drove down to the Kilngreen to see what was to be seen by the river there.

Then I went home and put my boots on and walked up to the new bridge on Gaskells Walk.  The men had worked wonders in manoeuvring the heavy beams into place.

It may not look much from the path but seen from below, it is quite a construction.

I hope to be able to photograph (and walk across) the finished product soon.

I took a roundabout way home and noticed an exciting slime mold on my way.

Some time during the day, I took a picture of a perching chaffinch for those like Mrs Tootlepedal who prefer a calmer bird.

In the evening, I went to the Archive Centre with Jean and Sandy and rounded off a pleasantly busy day with an hour’s data entry with appropriate refreshment to follow.  If any local reader has read this far and has a Common Riding programme to hand, a correspondent has asked us if we can tell him who won the hound trail in 1909.  I seem to recall that the programme has a list of hound trail winners  in it.

The flying bird of the day was a dancing duck who had achieved lift off.