Today’s guest picture shows spring in Regent’s Park, London this morning.  It was sent to me by my sister Mary who was enjoying a game of tennis on the one of the public courts in the Park.

By contrast here, Mrs Tootlepedal reported snow on the lawn when she got up.  By the time that I had unearthed myself, the snow had all but disappeared.   It was that kind of day.  One minute there was sunshine and the next there was a hailstorm.  Out of the back window, we could see snow on Whita. 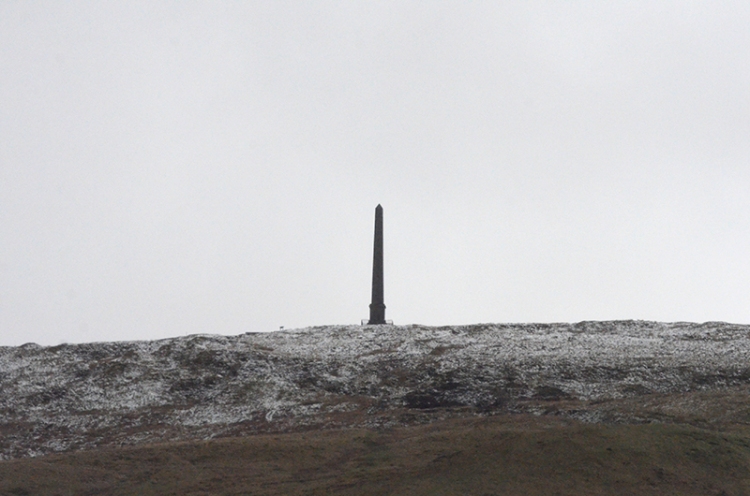 Out of the front window there was not a flake to be seen.  There were birds to be seen of course.

Once the temperature had hit 5°,  Mrs Tootlepedal joined me for a pedal.  Our route was flexible and depended on the weather.  As we were cycling into a strong breeze and were pelted by not one but two passing hailstorms before we had even got to Wauchope School, we settled for six miles.

Once home, the weather took a turn for the better and I was able to dry off gently while looking out of the window.  Today the chaffinches reigned supreme.

After lunch Sandy arrived on his new second hand bike.  He and Mrs Tootlepedal both have very nice Dawes Sonora machines.

The sun looked as though it was firmly out (for a while at least) so Sandy and I resolved to go to the bridge at Westwater.  Sandy has not cycled for many years and is working up towards pedalling some longer distances in the summer holidays.  Meanwhile a ten mile trip is just what the doctor ordered.

If the wind had been a little bit lighter, it would have been a splendid day for cycling.  As it was, we were pleased to take a rest at the new bridge…

…and enjoy the view….

…before being blown home by the breeze.

As we headed towards Langholm, we could see a hint of snow on the distant hills. 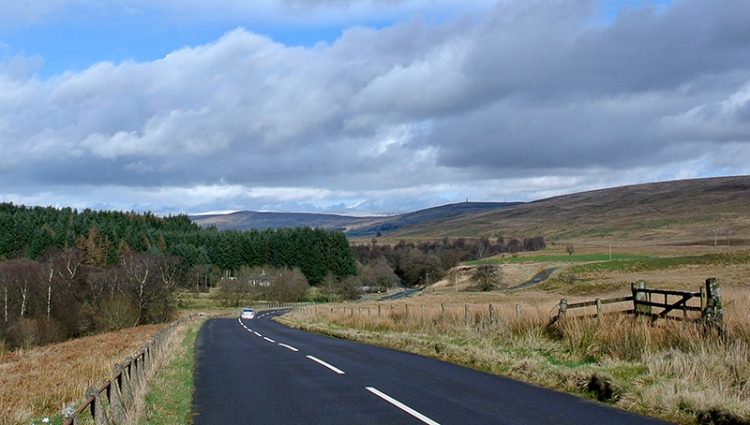 This looked as though there might be enough to make a picture so after Sandy had gone home, Mrs Tootlepedal and I drove up to the Langholm Moor to see if we could see an interesting bird or two and a snowscape at the same time.

There was not a bird of any sort, interesting or otherwise to be seen so it was lucky that there was a little snow on the hill tops contrasting with the deep brown of the moorland below.  I started with a view of Tinnis Hill….

…and took took shots looking up the Tarras valley. 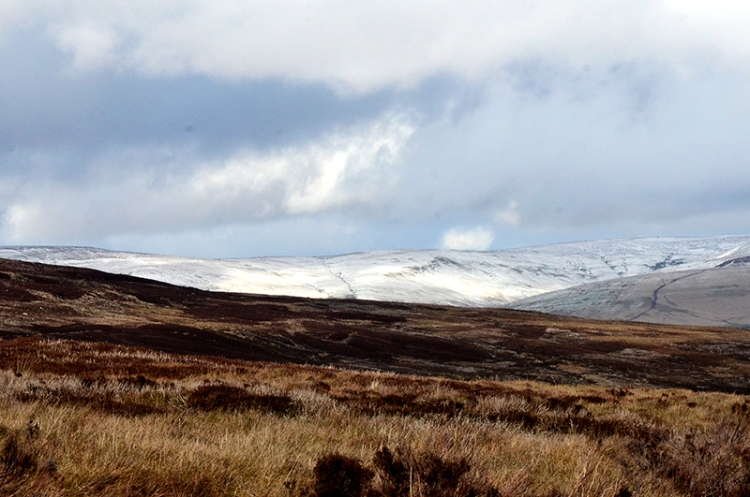 There was only the merest trace of snow in the Ewes valley.

It was cold and windy on the moor so we didn’t stay for long and were soon back in the warmth of our kitchen looking out on yet another very heavy shower.

In a break in the weather, we were visited by a jackdaw. 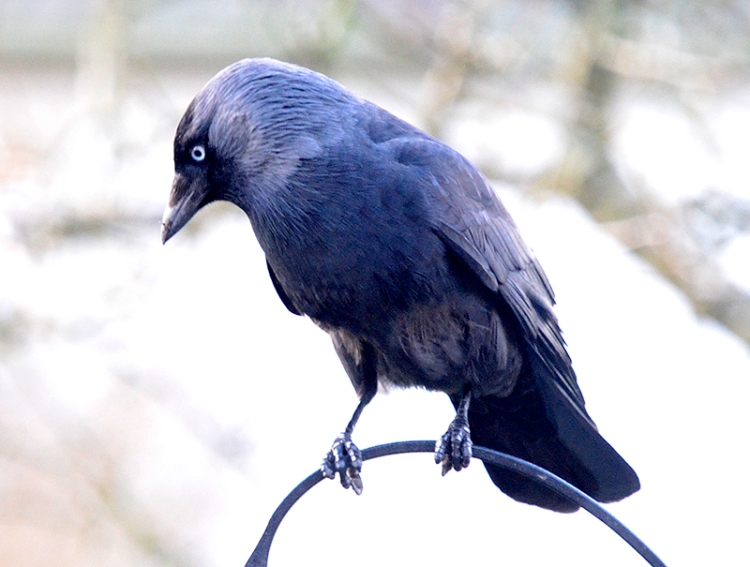 I am still spending quite a bit of time deciding what to put onto the new computer which I am going to use as my internet connected workhorse and downloading and backing up is taking up far too much time which could be better spent.  I am hoping that it will all be worth the trouble.

With this in mind, I had some fish for my tea as it is supposed to be very good for the brain.  It isn’t working so far though.

The flying bird of the day was one of the flock of chaffinches.