Here, we had another day of second hand continental weather with the sun trying its best to peek through an enveloping haze.  The up side was that it was pleasantly warm and by the afternoon it was the kind of day that definitely makes you feel happy just to be walking about in the garden.

Mrs Tootlepedal rose early and went off for her very last morning at work at the Health Centre as she has finally retired.  I took the opportunity to go for a twenty seven mile cycle outing which started with the wind behind and finished coming straight back into it.  The route was very roughly triangular and thanks to the wind, the second side was completed at a lower average speed than the first side, and the third side at a lower average than the second.  I was pleased when I finally got home having taken two hours to plough round the course.

I made myself a cup of coffee and stared out of the window.

I was pleased to see another of the infrequent redpolls.  A chaffinch wasn’t so glad. 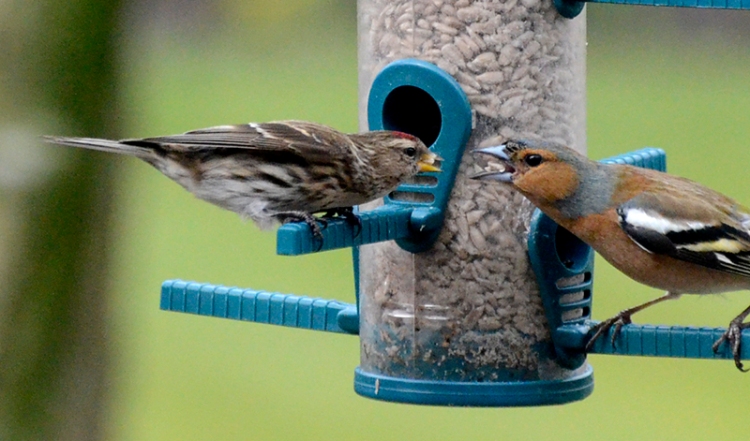 I roused myself up to wander round the garden and met up with a very welcome bee while I was out there. 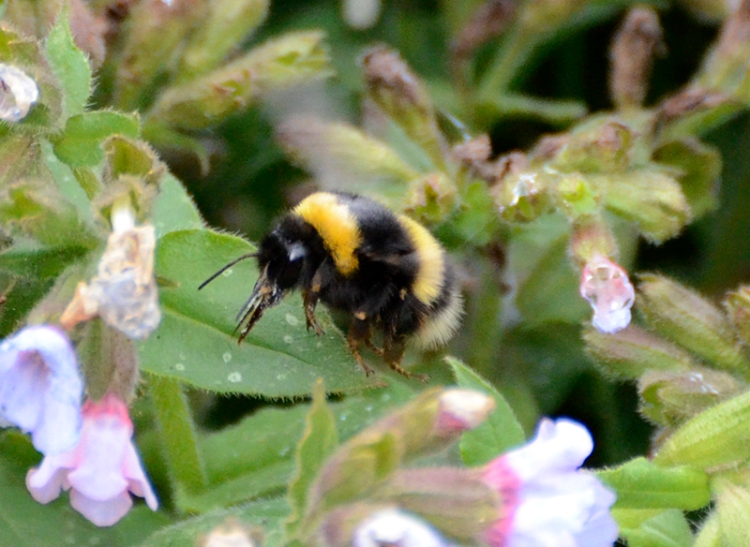 I went back in and  just had time to get a sour dough loaf started before Mrs Tootlepedal returned for lunch, rather uncertain whether to be pleased or sad about being retired and in the end settling for a bit of both.

She decided that a cycle ride would be the thing to mark the first day of retirement so we decided to kill two birds with one stone and visit the cycle shop in Longtown by car and a garden centre by bike as part of the outing.

She had time to do  bit of gardening before we left and was watched very closely by a fearless blackbird looking for worm opportunities as she dug over a border.  As soon as I appeared with a camera, it took refuge in a bush… 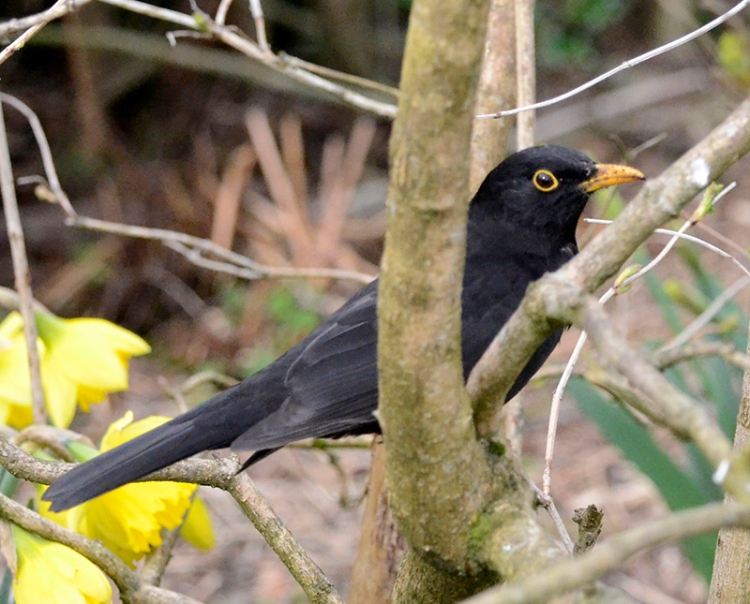 …and wouldn’t come out again.

We drove to Longtown and I picked up some degreaser for my bike at the bike shop.  I was so impressed by how clean they had left my bike after its recent service that I am resolved to try to keep it sparkling.  On past form, this resolve won’t last very long but I am going to try.

We parked the car in the town and set off on a gentle eight mile circular tour.  We started by passing Arthuret Church…

…which is  a very substantial place of worship for a rural parish.

Wikipedia tells me that: “This church was built as a result of a national fundraising ordered by James I in 1607 because the existing church had been frequently devastated by Scots reivers and to benefit the parishioners who were mainly rejecting Christ’s teachings. (James also employed more direct methods of improving the morals of the area, hanging notable reivers from both sides of the Border and deporting the Grahams of the Esk valley en masse to Ireland.)  Part of the sum was stolen and this delayed the construction of the new church.”

Our route then took us onto a short section of the National Cycle Network which follows the trackbed of an old railway line across the river Lyne. 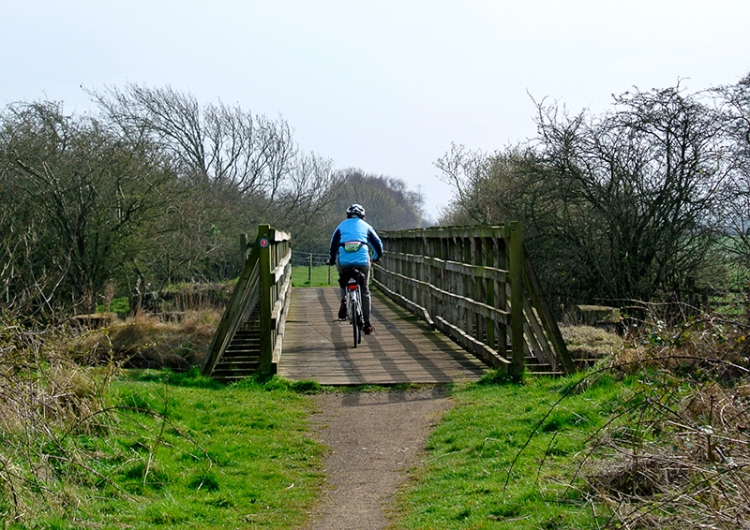 I took a view from the bridge to show that in spite of the sunshine, the haze was still keeping views down to a few hundred yards.

We crossed the A7 and headed out to Alstonby Grange whose owner has exemplified the maxim of ‘where there’s muck there’s brass’ by making a substantial business out of hiring out portable toilets.  This theme was echoed by the fact that every field we passed seemed to have have had muck spread on it so we were never short of atmosphere as we went round.

The roadside verges round the Grange were bright with celandine.

I thought that they looked very pretty but Mrs Tootlepedal takes a gardener’s view of them and just regards them as a pernicious evil, pretty or not.

As we turned back towards Longtown, we crossed the river Lyne again and I was able to show Mrs Tootlepedal the rock formations beside the bridge.

A close up shows the layers of sedimentary rock which go to make up this little cliff. 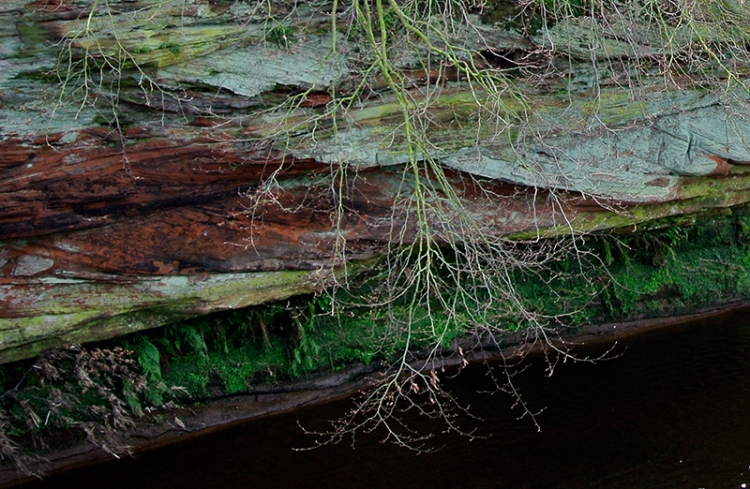 Our next stop was the garden centre at Whitesyke… 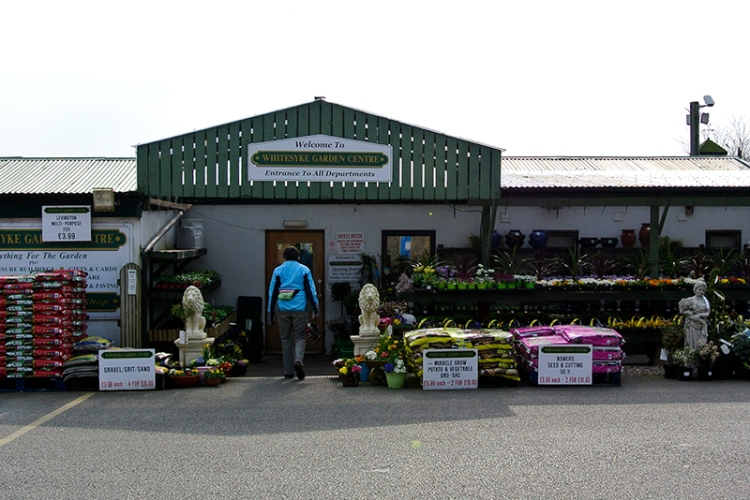 …where as well as some light refreshment, we acquired two small plants.  These were packed neatly into the bike bags…

…and we headed back to Longtown where we packed the bikes into the back of the Kangoo.  They fitted very neatly too.

The plants were taken out when we got home.

It was still such a good day that I got out the mower and removed some of the grass which is obstructing the view of the moss on the front lawn.

After one last look at the  tadpole melee in the pond…

…I went back inside and had a good sit down.  It had been a tiring day.

In the early evening, my flute pupil Luke came.  His grade examination is next Friday and he has been working hard at his pieces and his scales and if he plays as well as he did tonight, he should have no trouble passing.  Most importantly, he has done very well to improve his breathing.

After tea, I went off to play trios with Mike and Isabel and in spite of both Isabel and myself being rather tired, we managed to get through several pieces well enough to give ourselves a very satisfactory musical treat.

Today’s two cycle outings took my total for the month to 444 miles and has kept me on my schedule for an average of 14 miles a day for every day of the year so far.  Long may this continue.

The flying bird of the day is that lone redpoll as it passed the fat ball feeder. 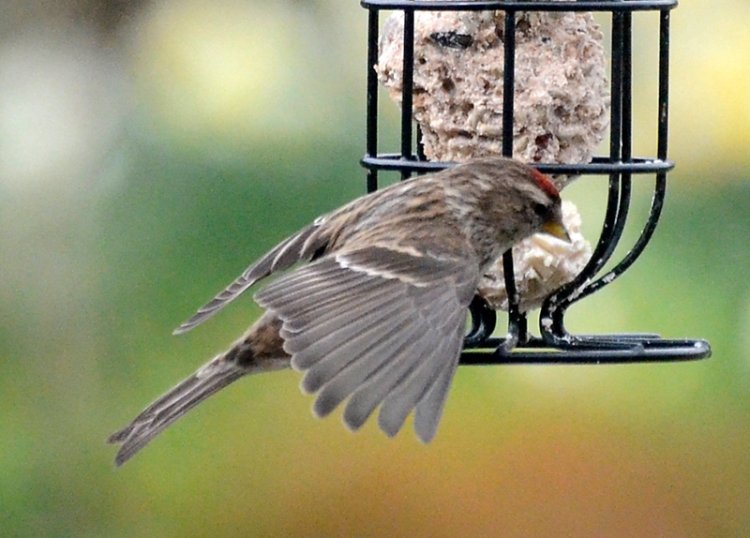 33 thoughts on “Mrs Tootlepedal gets her jotters”