Today’s guest picture is another lovely canal shot from Amsterdam.  This is one of my sister Mary’s views.

After the excitement and sunshine of the past couple of days, today was relatively dull in more than one way.  It was cold and grey and windy.  Nevertheless I was thinking of a cycle ride but before I could set out, I got into a conversation with my legs and was quite easily persuaded by them that a day of rest might be a good idea.   The strong wind outside had a hand in this decision too.  If your legs start talking to you, it is often a good idea to listen to them.

Mrs Tootlepedal is made of sterner stuff than me and went off by bike to visit an indisposed choir member to pick up some overdue library scores from her.  As this involved a journey of 16 miles, the first eight straight into the teeth of a very strong wind, I can only take off my hat and bow graciously in admiration in her direction.

In her absence, I entertained Dropscone to coffee.  He had brought the scones twenty miles in his back pack by bicycle for the occasion.  He is cycling well at the moment and as a result of buying a superior bike computer that records his pedalling cadence, he has upped his stroke rate considerably and is whizzing along.

After he left, I was visited by a choir member who has taken on a solo at our concert.  This is his first solo effort and he came for some additional practice with my computer as accompanist.   He is growing in confidence and I am sure that he will do himself proud.

I didn’t get the camera out until Mrs Tootlepedal had returned safely from her journey with the missing library books and even then, the poor light made things difficult.  The birds were eating as though there would be no tomorrow…

…and it was hard to find a solo bird in the mêlée. 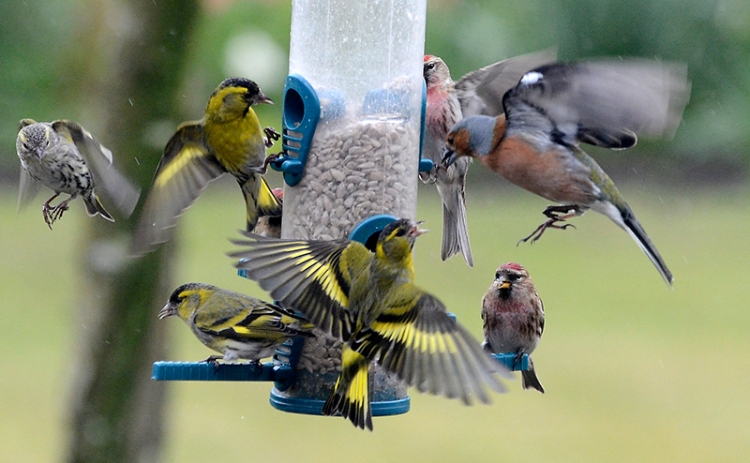 I gave up the unequal task and went to put a week of the newspaper index into the database for the Archive Group.  We have had another contact this week from someone looking for her antecedents who had found the database of great use and this encourages us to keep up our work.

I had collected out car from the garage in the morning and so it seemed like a good idea to give it a test run and we took the opportunity to do a little shopping in Hawick, a neighbouring town.

When we got back, the day had brightened up a bit and the birds had quietened down a bit too. 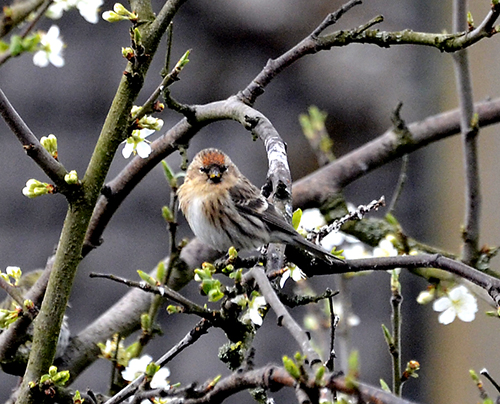 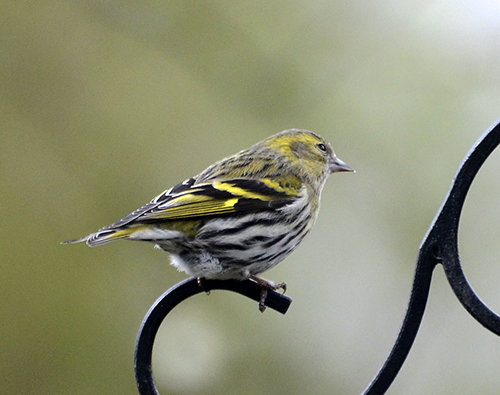 I took a stroll round the garden but the really brisk wind made the flowers hard to catch in a still moment.  I got a few. 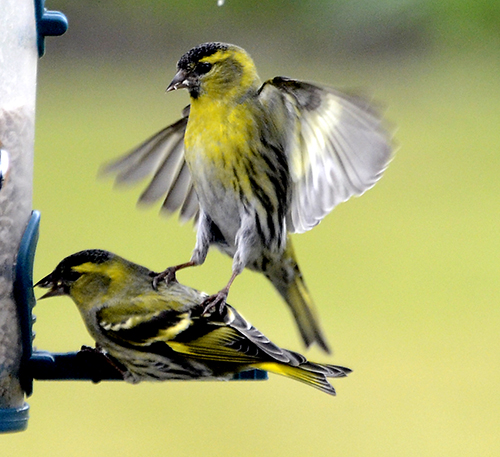 …but this frog was keeping very calm among the pond weed.

Nearby, a pond skater stopped its restless movement for a second or two.

After a nutritious evening meal of haddock, I went off to the Archive Centre with Sandy (Jean was not well and stayed at home)  where we put in another week and a half of the newspaper index.  We rewarded ourselves with a glass of wine at the Eskdale Hotel.  The chief charm of the Eskdale is that there is a small room with comfortable chairs and no television or ambient music playing.  It is most relaxing.

When I got home, I joined Mrs Tootlepedal in watching a potentially interesting programme on soil but it was spoiled by the fact that the presenter emphasised..every….single…word…that…he…said….and the producer obviously had a very short attention span and thought that we all had too.

The weather is due to get back to sunshine tomorrow so a bike ride beckons, legs permitting.

There was no satisfactory flying bird today so this fuzzy redpoll will have to do.

As an afterthought, I find that I meant to put this bee in our garden into yesterday’s post but forgot so here it is today instead.