Today’s guest picture comes from a visit my brother Andrew paid to the Spanish port of Santander last month. 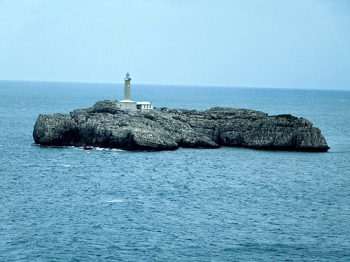 The weather was good and, importantly, the wind was light so in the absence of Dropscone who golfs on a Wednesday, it seemed like a good day to test out the legs.  I had had a sound night’s sleep and my hip is always improved by a little cycling so I set out to cycle a decent distance, decent being however far I could go before I found that I had gone too far.  In the end an age related 72 miles without any big hills to climb turned out to be just what the doctor ordered.

I cycled to Gair first, passing this pretty bluebell wood just outside Waterbeck.

The scenery got less attractive as I joined the old A74 for the bulk of the ride.  I went north as far as Johnstonebridge where I sat on the parapet of the bridge and ate my lunch.

The view from the bridge was very pretty.

This is the handsome bridge seen from below.

The old A74 is suitable for cyclists to potter along now as it has been superseded by the new M74and a few yards away from the old bridge where I was eating my egg roll and banana, I could see the constant stream of traffic sweeping across the new bridge.

After a short stop, I went back down the road as far as Gretna, where I had another egg roll and a second banana, and then cut across country on narrow lanes… 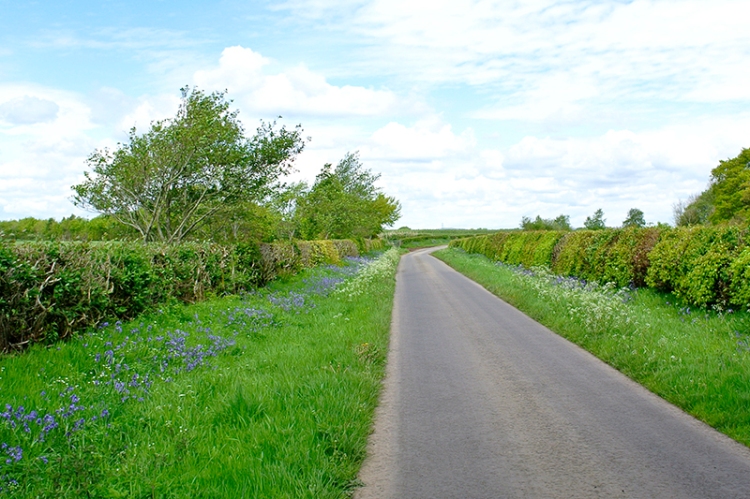 ..until I arrived home, having enjoyed the last few miles with a helpful wind.

It was not an exciting route choice scenically but it had the benefit of providing long spells of steady pedalling without junctions or steep hills and as this was just what I needed, I was very happy with it.  I was also pleased that I was able to set a tempo that I was able to keep up the whole way round.  I won’t be able to do our local 60 mile hilly sportive on Sunday so this was a satisfactory substitute.

For anyone who is wanting an excuse to delay doing the washing up, the details of the route can be found here.

When I got back, I had a quick walk round the garden before having a shower.

Two new blue flowers have come to join the fun.

And the late yellow tulip has developed a delicate red outline to its petals.

A reader recently remarked that the Lily of the Valley is her favourite flower and I thought it was looking well today so here it is. 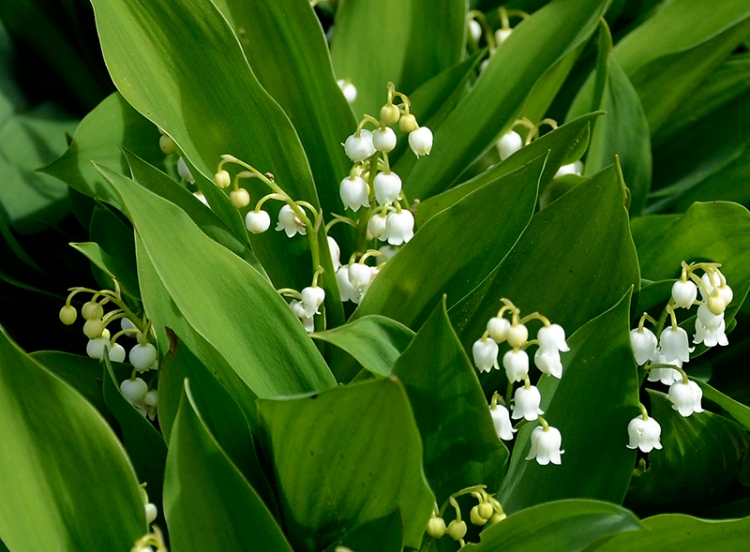 The dark pink prunus against the back hedge (possibly a Prunus cerasifera ‘Atropurpurea’ but we are still struggling to pin it down) is producing some lovely blossom.

In spite of this garden colour,  I felt that I had had a rather dull day with my camera so I rang up Sandy and suggested a short excursion to the nuthatch nest by way of the Kilngreen.

Sandy is getting steadily better but is far from being as well as he should be at the moment and he thought a little walk might do him good. Mrs Tootlepedal was too busy in the garden to come with us.

A visit to the Kilngreen showed that the heron has had enough dancing for the time being and is now practising his singing.

We moved on to the nuthatch nest and didn’t have long to wait before one of the pair appeared.

We think that the female must be sitting on the nest as there wasn’t enough activity to suggest that they were feeding youngsters.

We walked back to the car round the new path and enjoyed the fruits of spring as we went.

We were stopped in our tracks by a bunch of threatening sheep…. 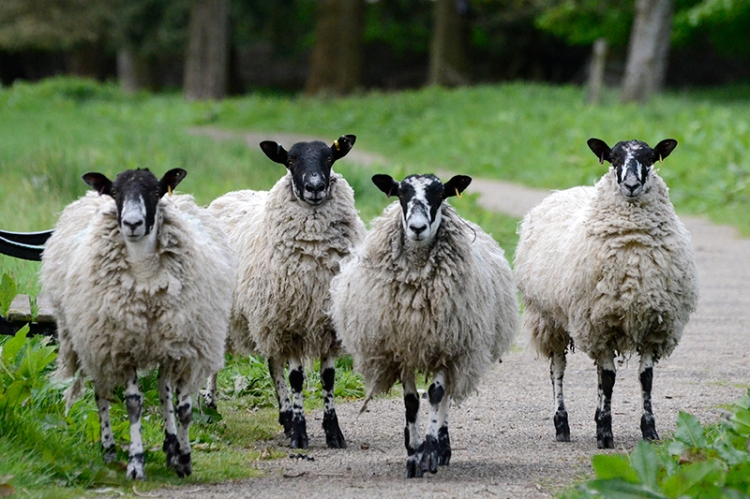 …but after some negotiation, they let us through.

Just as we got back to the car, a dog entertained us by taking a brisk path in a large puddle. 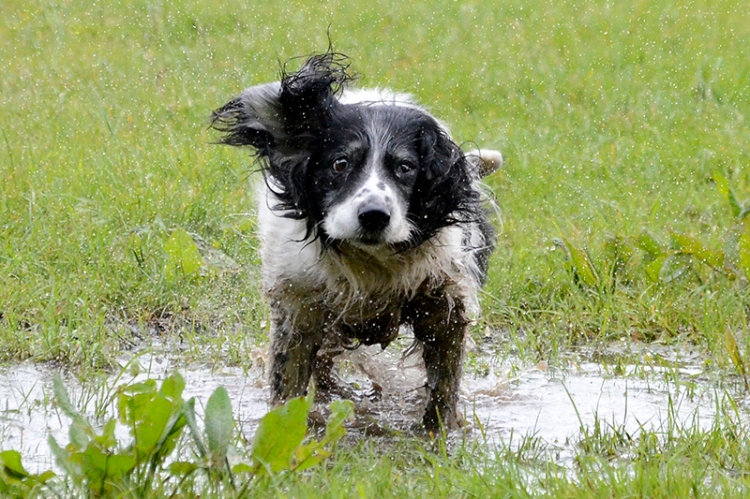 I didn’t have any luck with birds on the feeder today in the short time that I had and this blackbird, looking to see off any rivals, was my only shot of a bird on the feeder… 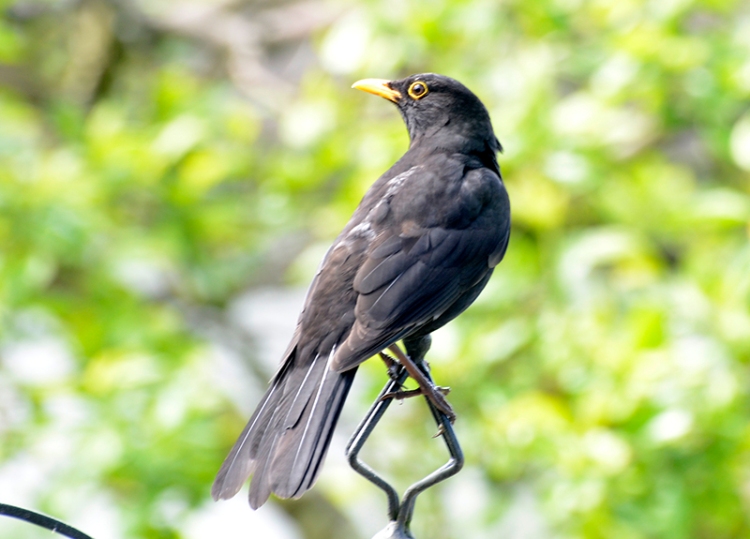 …but I did catch a shy blue tit in a willow bush.

In the evening, Mrs Tootlepedal and I went to a choir session with Langholm Sings.  For a variety of reasons there was a thin turnout but we had an enjoyable sing with a couple of old favourites from our back catalogue, the song for the Commonwealth Games  Baton Relay and the Chorus of Hebrew Slaves from Nabucco.    A good mixture.

The flying bird of the day is a black headed gull. 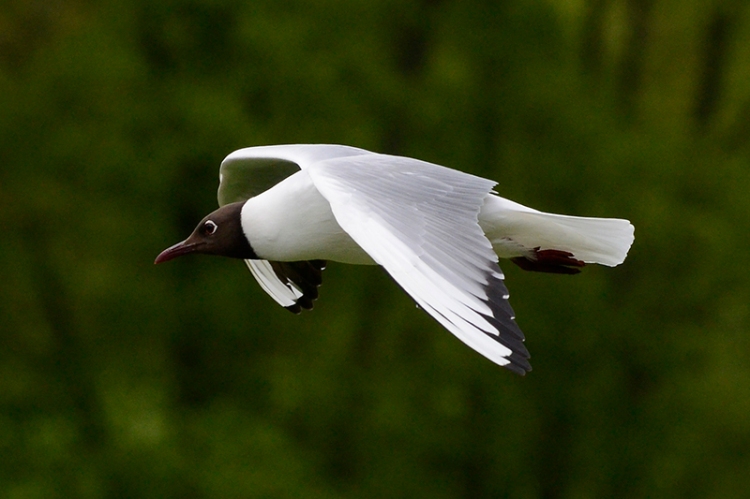 37 thoughts on “Acting my age again”