Today’s guest picture shows a lovely old fashioned VW Camper, done up for a wedding in Carlisle.  It was noticed by Bruce who kindly sent me the picture. I wonder if it will host the honeymoon too. 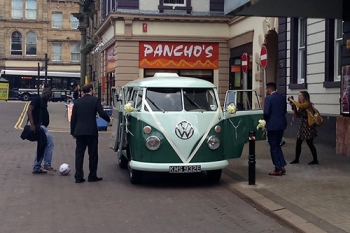 It was another day when an early start would have been rewarded with fine cycling conditions but as I managed a very late rise, I missed out on them to the relief of my body in general.  Instead, I devoted the morning to cooking and resting in turns while Mrs Tootlepedal went off to sing in church.

First on the menu was a sausage, bacon and mixed bean stew for the slow cooker.  This didn’t tax my skills too much as it required me to put some onions, sausages, bacon and beans in the slow cooker and then turn it on.  I managed this quite well.  It was surprisingly tasty when we ate it for our tea.

Next on the menu was some green lentil soup.  My standard lentil is the red variety but Mrs Tootlepedal had bought a packet of green lentils last week in a moment of  light heartedness so I thought that I ought to use them.

The result probably wouldn’t have come better than fourth in a “Mmmm! That Looks Tasty” competition… 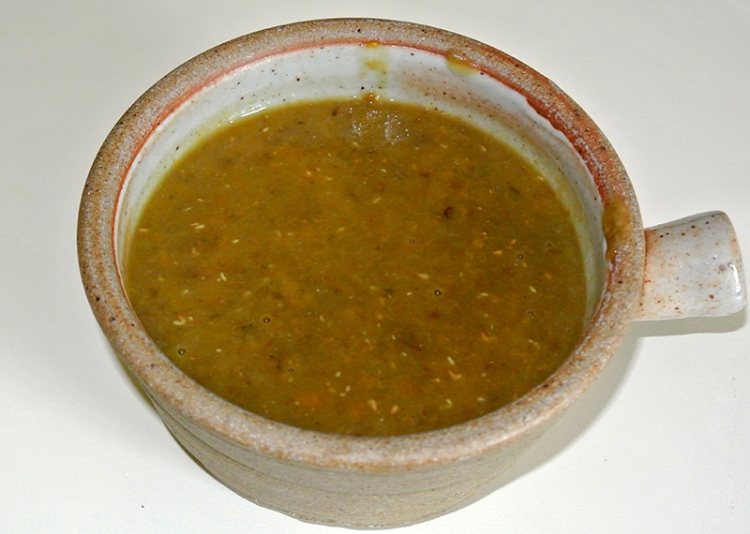 …but once again it tasted good when we had  it for lunch.  Mrs Tootlepedal commented that it even tasted green. I think that this was a commendation.

Finally I put the ingredients for a fruity malt loaf into the bread machine and set it to have the bread ready for our return  from Carlisle after our choir rehearsal.  Not quite Masterchef but we ate well today all the same.

In between times, I roamed the garden, camera in hand.

There is a good deal of white about amongst the bright colours.

I admit that that last one isn’t a flower but there are quite a few about.

I noticed that the fuschia on the back wall had produced its first flowers and I have paired it with a potentilla.

Mrs Tootlepedal likes a mixture of the well controlled and the more natural look in her beds.

This is often because she is waiting for the next flowers to appear..

I was keeping an eye for photogenic bees but I almost trod on this one which was in the middle of the front lawn and obviously shares my liking for well mown grass. 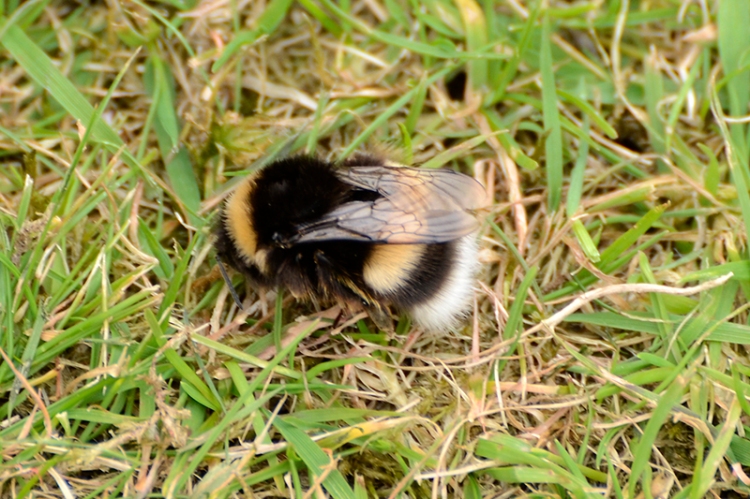 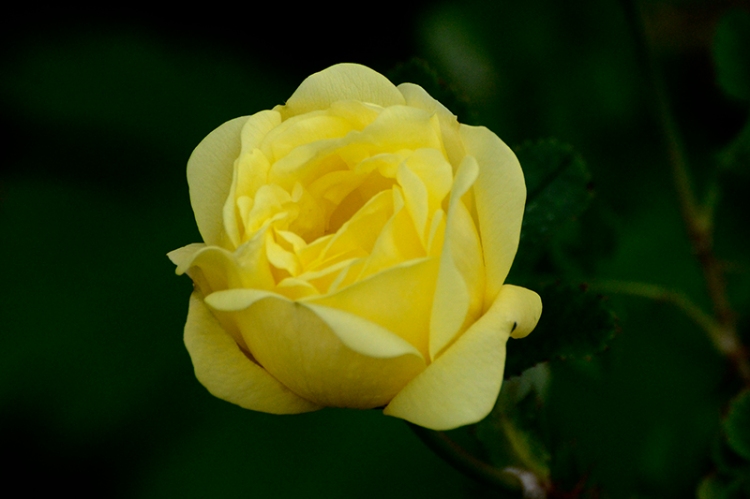 …but at the moment, I think the prettiest flower in the garden is the Candelabra Primula beside the pond.  The combination of the silver stalks with the delicate colours of the flowers is a treat if a bit hard to communicate in a photo.

Mrs Tootlepedal particularly likes the lupins near the greenhouse and as I like them too, I willingly acceded to her demand for a photo of them.

I couldn’t find a satisfactory angle to get both the blue and white ones in that didn’t include a compost bin but as a compost bin is the gardener’s friend, I make no apology for that..

When I had a moment during the cooking, I looked out of the window in the hope of a flying bird but catching flying birds well takes more time or more luck than I had today and this was my only effort. 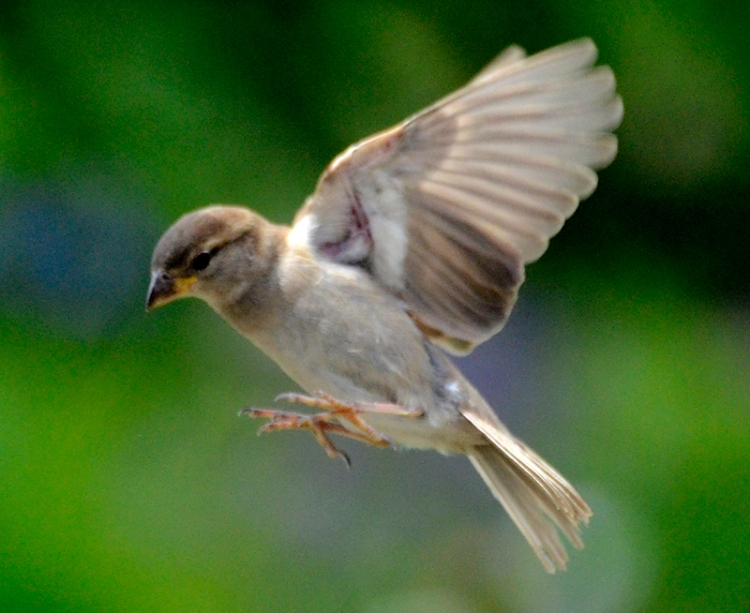 The finches have deserted the garden now that the seed feeder is out of commission and we are down to blackbirds and sparrows with the occasional visit of a great tit.

It will be interesting (to me at any rate) to see how quickly the finches notice when I put the seed feeder back up in a few weeks.

Our friend Bob kindly gave us a lift to our Carlisle choir after lunch and we had a very hard working practice sorting out a few of the weaknesses that our concert on Friday had revealed.  We have a busy schedule in front of us with a special practice with separate singing teachers for each section next week, a short concert the week after and a trip to Glasgow for our audition for the BBC Choir of the Year competition the week after that.

Bob has a hybrid Toyota and we were very impressed when he silently eased us away from the pavement under electric power.

I spent some of the evening printing, mounting and framing four photographs taken by my recorder playing friend Susan and these will go on show with the rest of the pictures in our exhibition in the Town Hall which opens tomorrow.  I hope that some of the local readers of the blog will be able to pop in and have a look.

The non flying flower of the day is a Meconopsis.  The first of many, we hope.

32 thoughts on “Cooking and singing”