Today’s guest picture comes from the camera of Mrs Tootlepedal and is the result of  her trip to Edinburgh yesterday.

Mrs Tootlepedal went with Matilda and her mother Clare to a routine past natal check up and Matilda passed with flying colours which was very satisfactory.  We are considering whether she should be enrolled in a tennis academy or a musical conservatoire before it is too late.

On the home front, we were both feeling a bit tired today and the best of the weather passed us by as it was well before breakfast.  By the time I had been along the road to the local   producers’ market after rising late and had come back with Sandy for a cup of coffee, it had started to rain heavily and apart from one or two moments of calm  it didn’t stop until the early evening.

I nipped out into the garden in one of those calm moments to record the progress of Lilian Austin.

This was Lilian yesterday…. 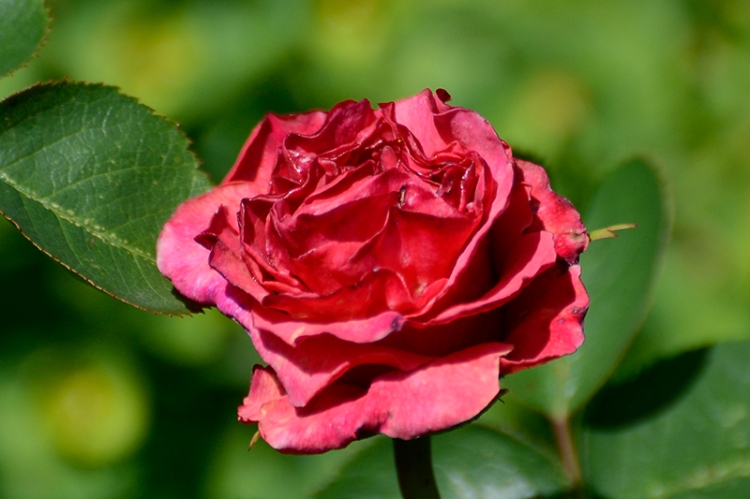 …and this was her today…. 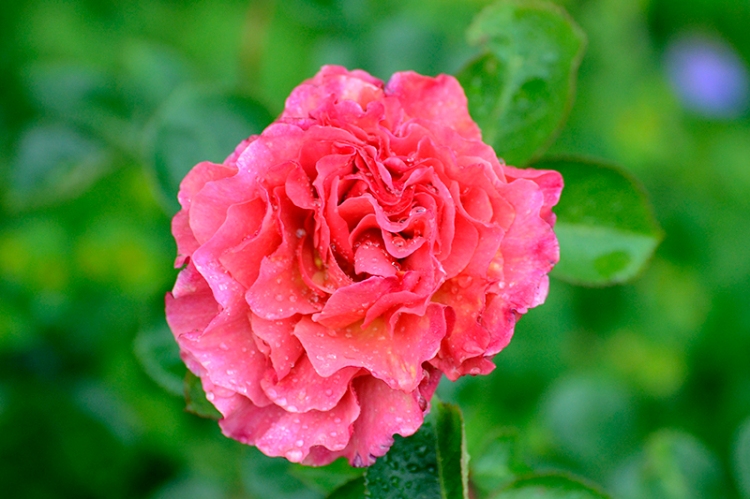 …and her sister nearby…. 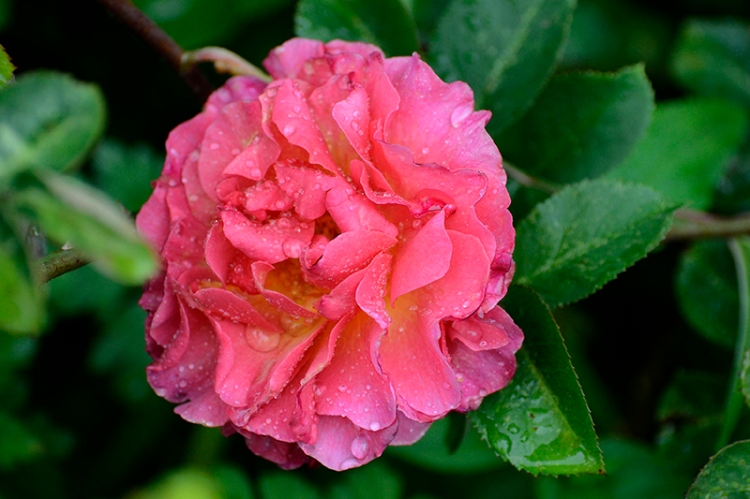 …just to show how much the colour changes in a day.

Across the path, a rather battered Rose ‘The Wren’ has also made an appearance.

And these were the only pictures that I took for some hours as I went off to curate the Photo Exhibition for four hours.  The pouring rain did not encourage visitors and I didn’t get any so it was lucky that I was well supplied with useful things to do.

Two people did turn up to give me a bit of company.  One was my recorder playing friend Susan who thought that she ought to come as she had photos on the exhibition and the other was Sandy who came to keep me company for a while.

Mrs Tootlepedal came up to give me a lift home in the rain at closing time and we continued a programme of masterly inactivity for the rest of the day…..though we did find time for a little singing practice for our Carlisle choir meeting tomorrow.

Even the birds seemed discouraged and the only things visible through the kitchen window were some soggy aquilegias.

The day took a substantial turn for the better in the evening.  The rain stopped and we were able to walk along to a concert in the Buccleuch Centre without the need for an umbrella.

The concert was excellent.  It was part of the 60th anniversary tour of the Chris Barber band.  The great man himself is a sprightly 83 and the only survivor of the original band but the band has been playing continuously for 60 years and I first saw it in the 1950s.  It started as a traditional jazz band in the New Orleans style but has developed its playing style over the years.  There were ten players tonight, three reeds, two trumpets, two trombones and a rhythm section and they gave us a real treat.

Dressed as they are in black and being generally quite mature, they give off the air of a slightly jolly undertakers convention but the music, which ranged from Jelly Roll Morton through Bechet and Ellington to Miles Davis was always inventive and very well played.  By way of youth, they have a single female member who plays sax and clarinet but who also gave us a couple of blistering flute solos.

The sound balance was brilliant, a rare thing in my experience and every note was audible (and worth listening to).  British ‘Trad’ jazz, which was brought over by merchant seamen after the second world war, has always tended to be light, rhythmical and melodic in nature and it fell out of fashion when the music of the Beatles generation offered a more excitingly brutal beat for youngsters to enjoy.  It has always had a following though and the audience tonight was thoroughly delighted with the show.

Chris told us that part of the band’s latest CD had been recorded live when they last visited Langholm three years ago.  You will be able to hear me applauding on it.

There are many clips of the band on YouTube and this one is one of the cheerful  tunes that they played tonight.

To round off a great evening, the sky had cleared when we came out of the Centre and a lovely moon illuminated our walk home.  It will have to stand in for flying birds and non flying flowers today.

21 thoughts on “A great finish”