Today’s guest picture was sent to me by Gavin who has been in the viallge of Reeth in Swaledale.  He points out that the first stage of the Tour de France goes through this village and hopes that the peleton will have a clearer view of what is a road and what is roof than this chap had. 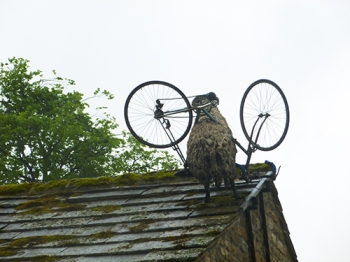 Having escaped from a forecast of torrential rain and thunderstorms yesterday with merely a thorough soaking, we were even more pleased to find a lovely day waiting for us when we woke up today.

Although I had not meant to try too hard, a friendly wind pushing me home encouraged me into a bit of effort that let me tickle the average speed up to 15 mph just as I got back to Langholm for the second time.  The neatness of doing exactly 25 miles at exactly 15 mph appealed to me.

I was so perked up by this that I mowed the front lawn and took a lot of flower pictures in the garden.

After a shower, I had some lunch.  My daughter Annie has been working recently in Cannes and she kindly brought me back some sardines from a speciality sardine shop there.  And yes, they were canned sardines.  I had a tin of these on toast for my lunch and thus fortified, went off with Mrs Tootlepedal to our choir in Carlisle.  We were given a lift by fellow choir member, Jeremy. As well as singing in two choirs, he also plays in two brass bands.  A busy chap.

The choir practice was extra long and extra hard working as we are only two weeks away from our audition for Choir of the Year in Glasgow.  You might think that practising one song for over two hours could be a bit boring but it is a tribute to our musical director and the three teachers that he brought with him this week that the time flew by and I for one was disappointed when the practice finished after a mere three hours.  Disappointed but quite tired too.

I took flowers pictures at various times through the day and used both my cameras.  I am putting them all in here in a great wodge so if flower pictures are not your thing, you had better look away now (though there are occasional frogs too).

Mrs Tootlepedal uses bits of the vegetable garden to provide a home for flowers that temporarily don’t have a place in the flower garden or for flowers for cutting.  A variant on the usual Icelandic poppy and a pale pink peony are among the residents here.

Mrs Tootlepedal moved some Eryngiums out of a flower border at the end of last season and as they are one of my favourites I was pleased to see some flourishing in the same corner of the veg garden.

I did lift my head from flowers every now and again.

But not for long.

…and the Fuchsia on the damside wall is flourishing.

Mrs Tootlepedal is pleased to see that a Lord Roberts rhododendron which she bought from Larch Cottage nurseries earlier this year is looking promising and should fully fill a gap in a year or two. 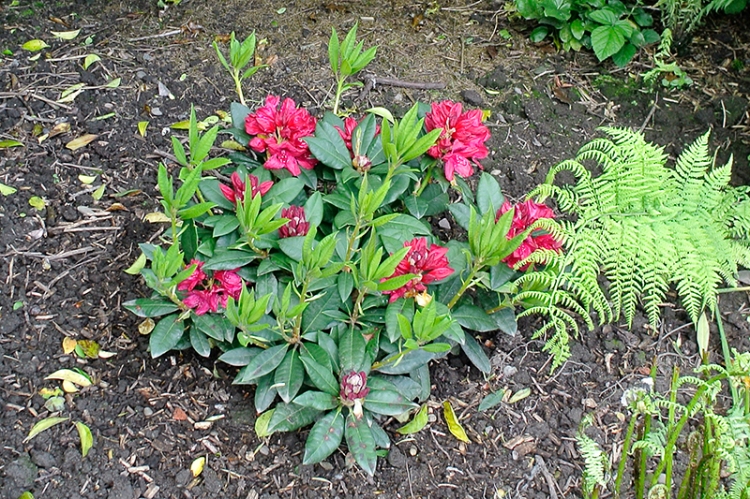 I noticed a  new flower out today.  It is a perennial nasturtium which grows through a clipped yew tree. 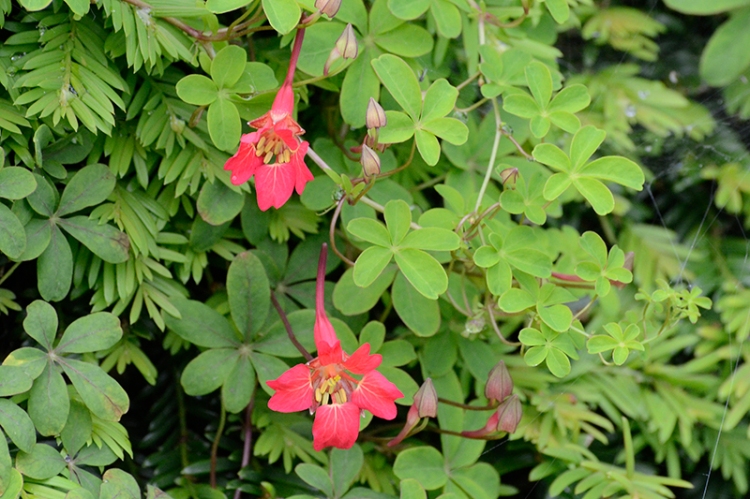 A pleasant aroma alerted me to the arrival of the honeysuckle under the walnut tree. 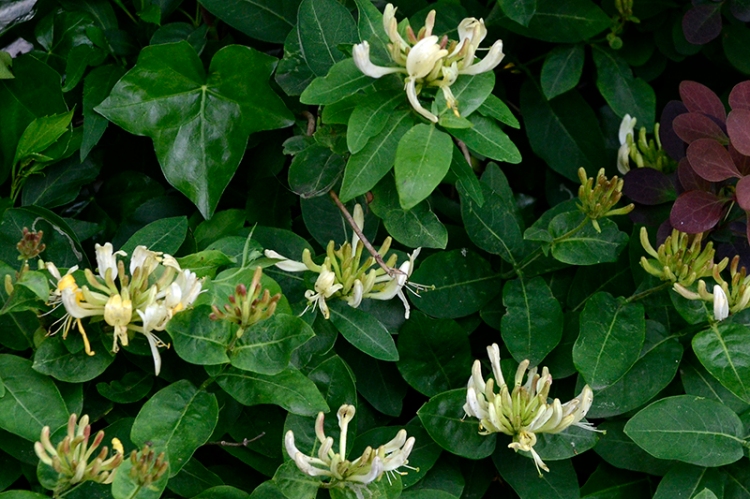 Did I mention the frogs?  Here is one in conversation with a snail.

I couldn’t resist yet another iris picture.

I liked this little plant too… 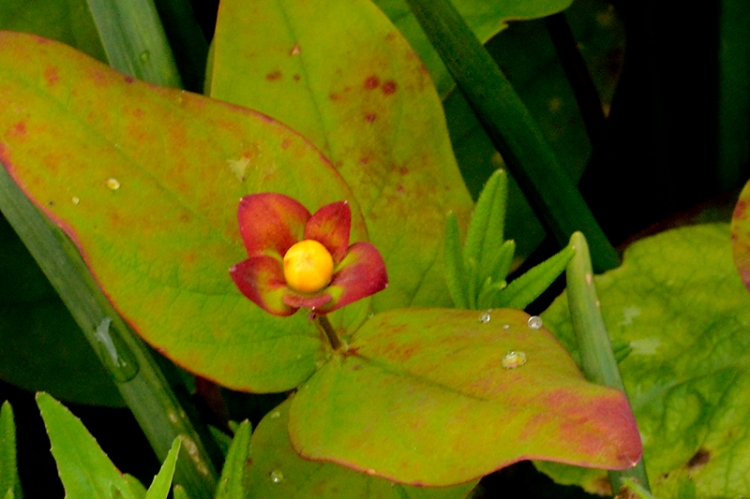 …but Mrs Tootlepedal tells me that it is a weed and will shortly be disappearing.

The garden was loud with the buzz of bees all day and I spent quite a bit of time trying to capture the killer bee shot but these back views were the best that I could manage.

The final picture of the day is a rather unearthly hosta taken in the evening after we had come back from the choir.

The flying bird of the day is a bee. 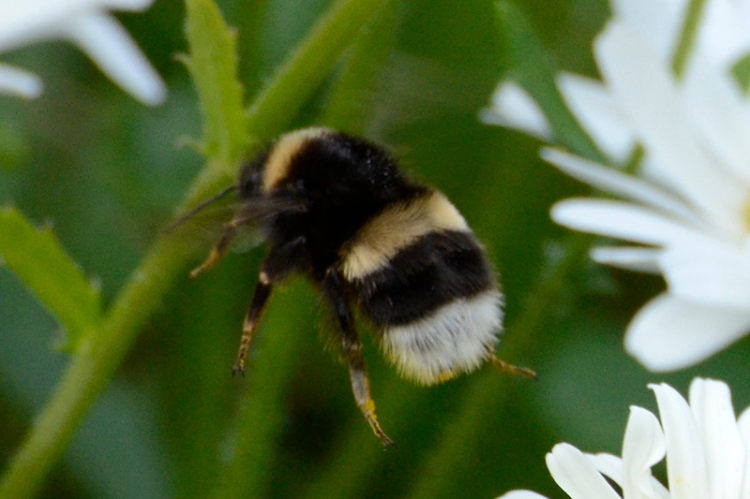