Today’s guest picture which was sent by my brother-in-law Mike, shows his granddaughter Lara practising to be a ton up kid. 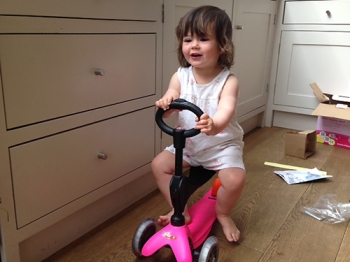 After the excitements of yesterday, life retuned to normal today and Dropscone appeared promptly after breakfast and we went off for our usual morning run.  The weather kept up its recent record of being warm with light winds and these kindly conditions meant that we were able to cover the 22 miles in a good time without too much puffing and blowing.

Normality continued when after coffee and scones, I mowed the middle lawn and did a bit of dead heading.  I also found time to pick some strawberries…. 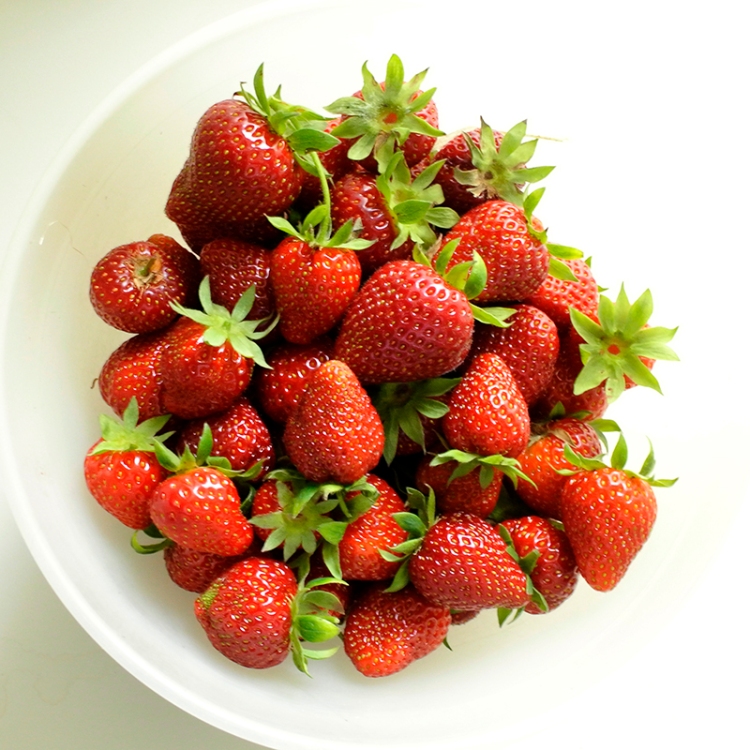 …and admire some of Mrs Tootlepedal’s flowers.

During the morning, my neighbour Liz called me over to look at the state of the dam.  It was very low and she thought that the sluice might have been closed for some reason.  She was worried for the tadpoles. 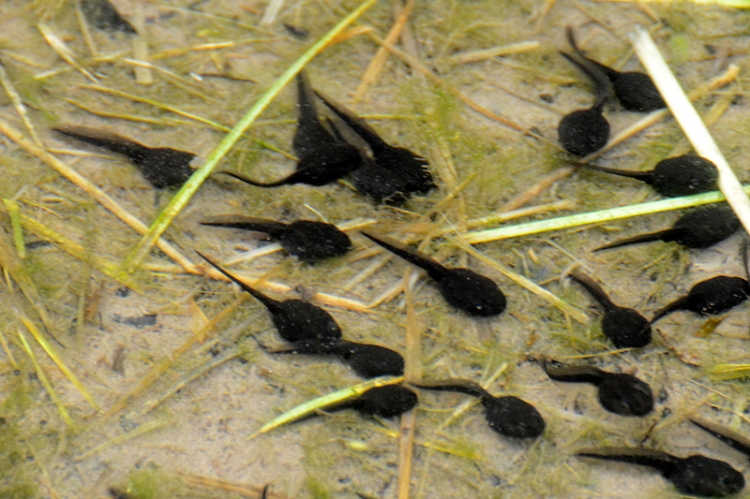 I was surprised to see tadpoles so late in the year as I associate them with spring not summer.

Normality continued after lunch when Sandy appeared and we went off for a photographic expedition.  Our target was the Langholm Moor and our hope was to see hen harriers.

We saw two, a male and a female.  The auto focus on my camera wasn’t working well so I wasn’t able to get as good a set of shots as I should have been but it was great to be able to watch these rare birds.

We didn’t just look at harriers while we were there but enjoyed the sound of skylarks on every side and kept out eyes out for anything else of interest.

We went to where we had seen the short eared owl on Friday but there were only other bird watchers to be watched and no owls.    We did see a grouse though.

Since hen harriers eat grouse, though meadow pipits and voles are their chief food if available, the co habitation on the moor of both hen harriers and grouse is a problem and a considerable amount of taxpayers’ money is being spent here on trying to find a workable compromise between the shooting interests and maintaining a reasonable biodiversity including raptors.  It does not seem likely that they will be able to find one.

One benefit of finding myself with nothing to do while we waited in vain for an owl to show up was to work out that the reason why my auto focus wasn’t working well was because I had allowed the lens to get dirty.  A quick clean up and it worked a treat.  I must be more conscientious about lens cleaning.

Sandy and I are not truly dedicated wild life enthusiasts and after about an hour of sitting around,  we left the proper bird watchers to their slightly competitive conversations about how early they get up and how late they go to bed and went home.

When I got there, I found Mrs Tootlepedal supervising some boy scouts who were re-painting our front gate as part of their efforts to raise money for a trip to Japan.

While she gave them a lift home when they were finished, I gave my normal Monday lesson to my flute pupil Luke.  He has been practising really hard  and is making a lot of progress so once again it was a pleasure to work with him.

Mrs Tootlepedal’s mother is coming to stay for a couple of weeks from tomorrow so after tea I forwent the pleasure of mowing the front lawn in favour of having my hair cut by Mrs Tootlepedal so that I would look respectable for the occasion of the visit.  I did find time to notice how completely the orange hawkweed shuts up shop when the sun goes down.  It was like this in the morning….

The closed flowers reveal the seed heads that make the hawkweed unpopular with many gardeners because of its tendency to spread.  I asked Mrs Tootlepedal about this and she says that by and large she keeps it under control by watching it like a hawk.

I spent a little time in the evening converting the strawberries which I had picked in the morning into two pots of strawberry jam.

The flying bird of the day is that hen harrier. 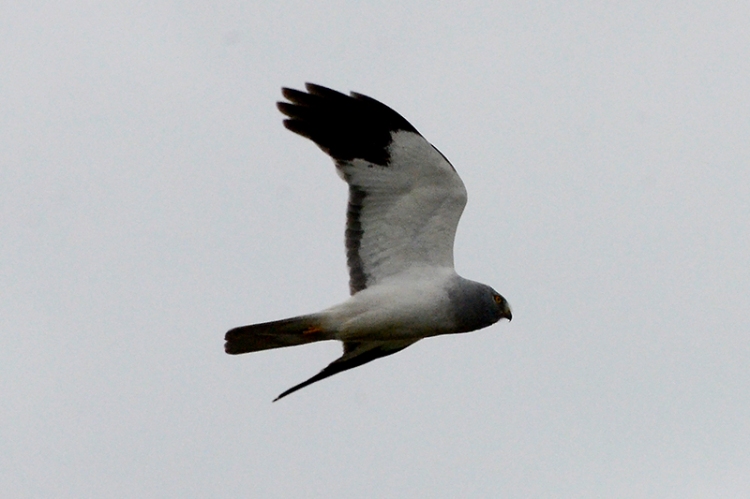 25 thoughts on “Back to normal”