Today’s guest picture is a view of a bridge over the Elbe in Dresden taken by my brother on his trip there earlier this month. 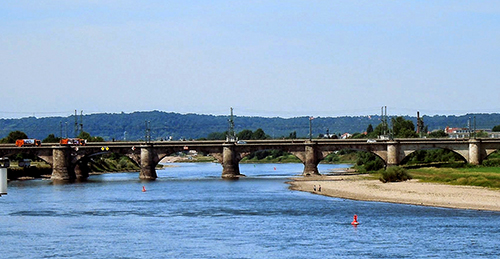 We were promised a fine start but with dire warnings of heavy rain to follow so Dropscone and I were pleased to get a sunny spell for our morning run.  It was accompanied by a brisk wind so we didn’t break any speed records but we did enjoy the Friday treacle scones with our coffee even more than usual after the extra effort.

After Dropscone had gone, I rushed out to the garden to take a few pictures in the sunshine before the rain came and bashed the flowers.  There was a lot of colour about.

As the rain still hadn’t arrived, I set about picking as many of the blackcurrants as I could before I got bored.  There were plenty to choose from.

I didn’t net them this year and expected to lose a lot to the birds but there must be plenty of food about as they were pretty well untouched.  I picked five pounds and then went across and suggested that my neighbour Liz might want to pick some.  She came across with two helpers and picked away but there are still plenty left.  It was a great crop from a single bush.

I went inside and put the currants on to stew and they are currently (currantly?) dripping juice from a jelly bag in the kitchen into a big bowl ready for jelly making tomorrow.

I was watching a pair of pigeons under the feeder and was surprised when one of them chased the other one away.

Somehow one thinks of pigeons as peaceful birds.

I had a light lunch and then set off for the tourist information point at the Kilngreen.  Mrs Tootlepedal was away in Edinburgh visiting our grandchild so I was left to cycle round to the TIP with a jacket packed in my back bag for when the rain came.

The rain didn’t come but neither did any tourists which made the tourist information point rather pointless.  I locked up and went down to the parking lot to buy an ice cream at the end of my two hour doze only to see the ice cream van pulling out of the other end of the car park as I arrived.

I consoled myself by watching two families of ducklings.

…and trying to catch black headed gulls flying past.

I got home just in time to miss the final moments of an exciting Tour de France Stage and settled for mowing the grass round the greenhouse and the drying green instead.

The traffic at the garden bird feeder was very light and I took a perching chaffinch in the plum tree for the want of any other action. 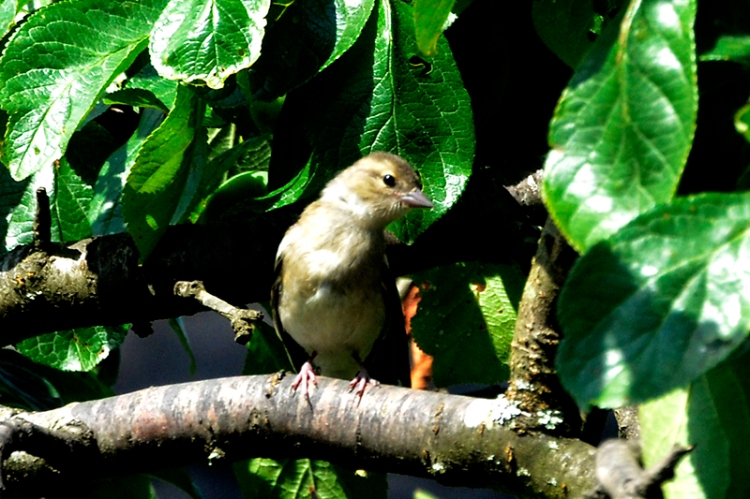 I spent an idle hour watching the Open Golf and marvelling at how hard Rory McIlroy can hit the ball without falling over.  It makes my back hurt just watching him.

We are promised some really heavy rain tomorrow.  I shall believe it when I see it.

Another of the Kilngreen gulls is flying bird of the day.

Note: Sandy has put some of his landscapes from yesterday’s outing on his blog.  You can find them here.