Today’s guest picture is a shot of camel racing.  My daughter Annie sent it, having come across it, as one does, at a country fair in a south London park.  The things that you see in a big city! 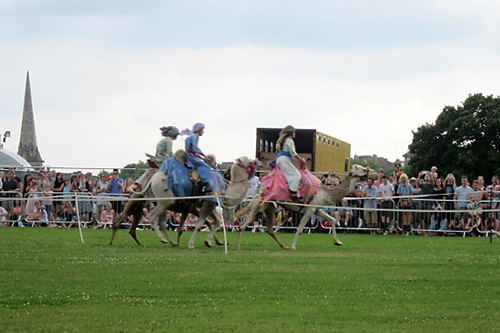 Like yesterday, I spent quite a lot of time sitting down again today but unlike yesterday, most of it was spent sitting on a bike saddle.

In total I spent 4 hours 40 minutes pedalling and when I checked the results of today’s Tour de France stage, I saw the the winner there had spent 4 hours 56 minutes in the saddle.  The difference was that I had cycled 60 miles in the time and he had managed 140.  These men are heroes.

My sixty miles was spilt in to two rides with a pleasing mathematical relationship.  In the morning I did 40 miles down a flat main road and back at just under 17 mph and in the afternoon, I did half that distance over hilly back roads with Mrs Tootlepedal at more or less exactly half the speed.

The sun shone all the time, the temperature was hot but bearable and the wind was light.  Who, as the song says, could ask for anything more?

My morning ride was enhanced by meeting a cycle race going the other way down the Brampton road as I cycled home.  I put my nose down and pedalled harder as the speedy cyclists flashed by me. 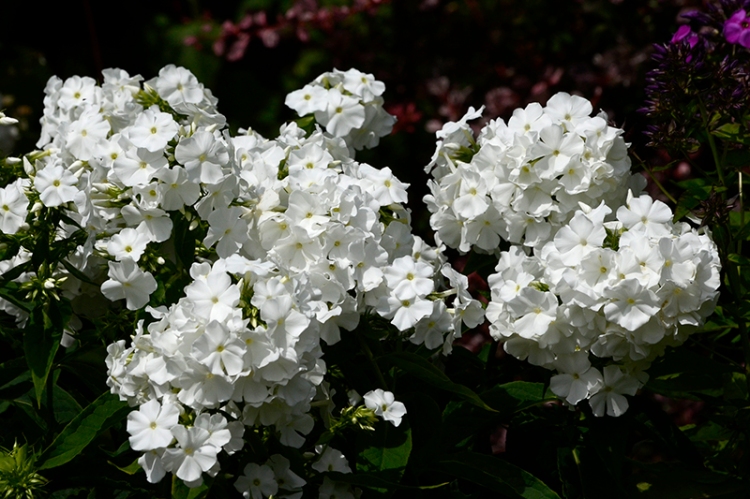 …before setting off to Waterbeck.  We passed lots of local cyclists pedalling back towards Langholm as we went along, including Sandy who was on a short ride and declined our invitation to join us on the cream tea trail.

The hall at Waterbeck was packed when we got there.  The cream teas raise money for the local church and whether for that reason or the excellence of the scones, they had attracted a very good turnout. We sat next to a lady who told us that they will be doing cream teas in Middlebie Village Hall in August so I can see another trip coming on.   Mrs Tootlepedal likes nothing better than a ride with a cream tea in the middle of it.

When we got back, I found time between watching bits of the final round of the Open Golf to mow the middle lawn and take some pictures in the garden.  Colours were looking strong in the sunshine. 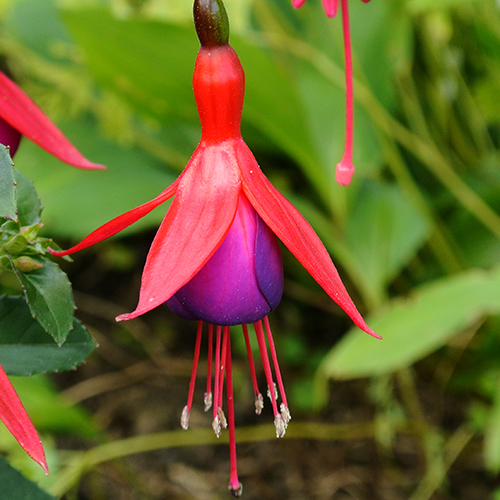 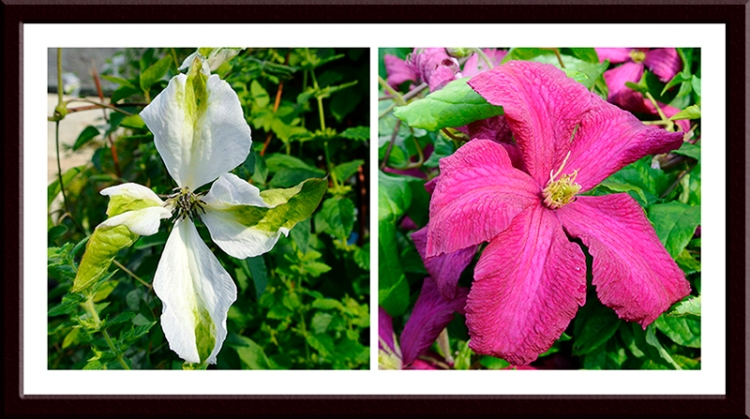 Even the normally rather dull lime green nicotiana was singing. 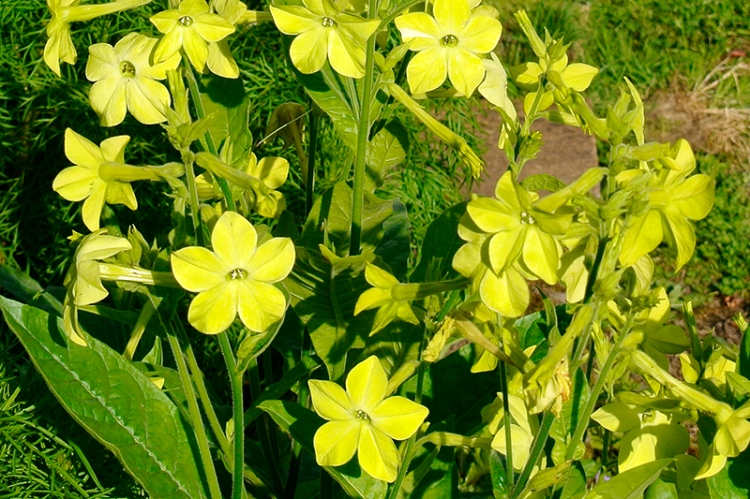 The broad beans are flourishing…. 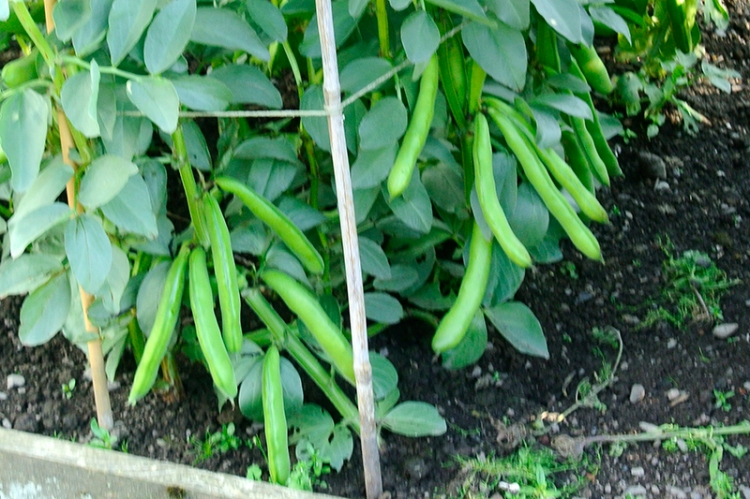 I tested the blackcurrant jelly that I made yesterday and it seems to have set quite well which is a relief.  The possibility of bramble jelly is now looming up. 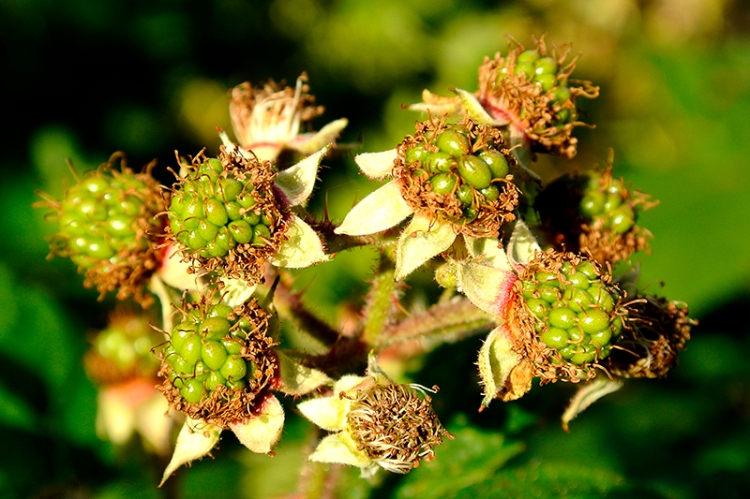 While I was mowing the lawn, I heard the sound of the Town Band marching along Henry Street, so I picked up Pocketcam and nipped down to take a picture.

They were leading a procession of masons to a service in the church.  The irreverent refer to this as the ‘Pinkie Parade’.

After the masons had passed by, a couple walked across the road to greet me.  They were the Elliots, Langholm exiles now living in South Africa and for some curious reason, regular readers of this blog.  Pocketcam obligingly took a record of our meeting through the good agency of Charlotte, one of our neighbours. 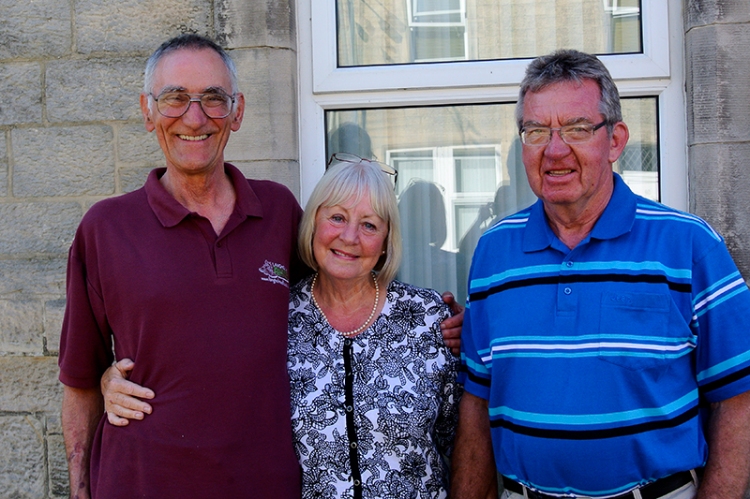 I am hoping to persuade Tom to send me more guest pictures from South Africa when they go home.  It was very nice to meet these far flung readers and I was much touched by the fact that they enjoy this link with their old home town.

Back in the garden, I tracked down one of the bees that make such a noise among the privet blooms… 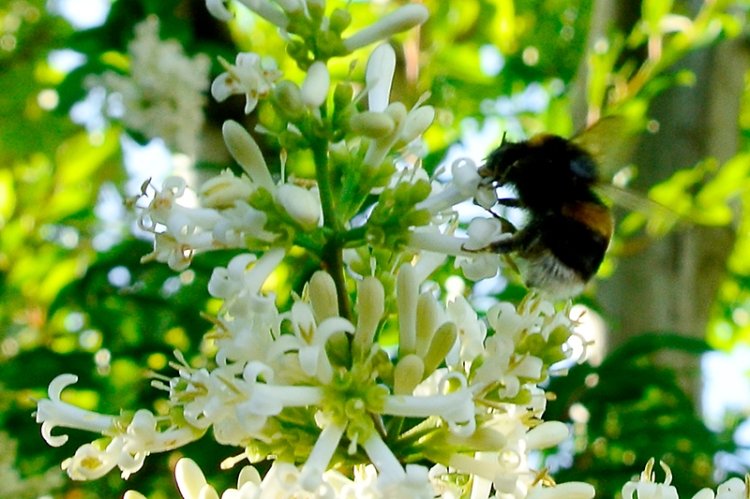 …and took a picture of a variegated phlox just to enjoy the leaves before it blooms. 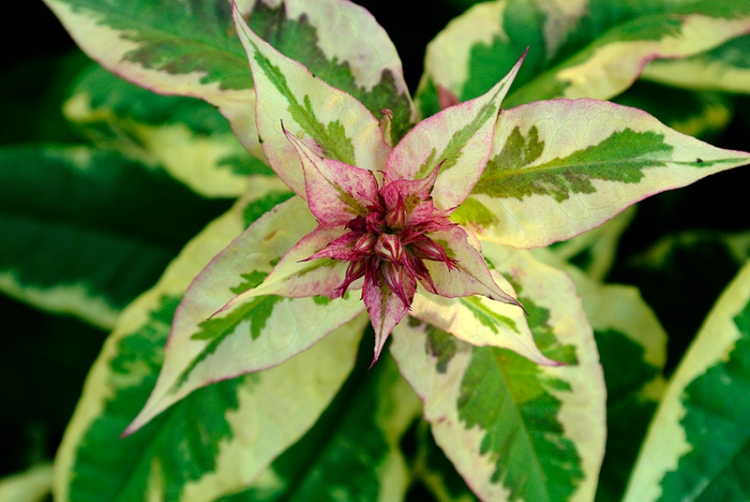 Mrs Tootlepedal was still full of energy after her twenty mile bike ride and suggested a trip to the moor to look for owls and hen harriers.  I was a little tired for some reason but fell in with her scheme and we drove up to see what we could see.

We did see both a harrier and several owls with our binoculars but they were too far away for the camera so just to prove that I was there, I took pictures of an impressive cloud…. 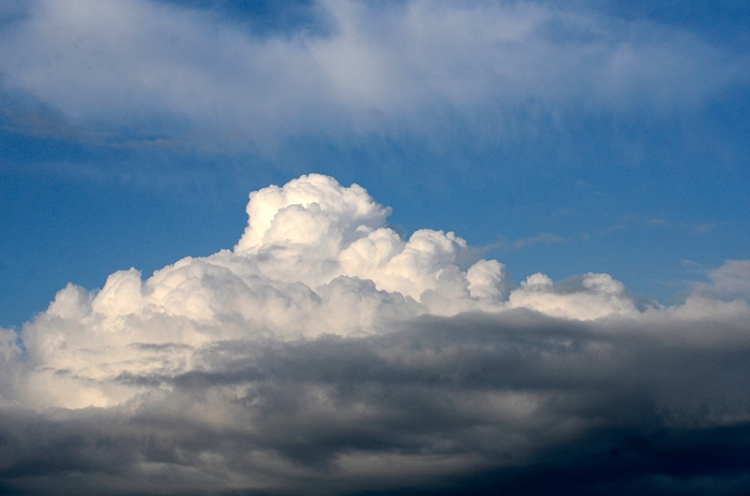 …and the view down Little Tarras valley. 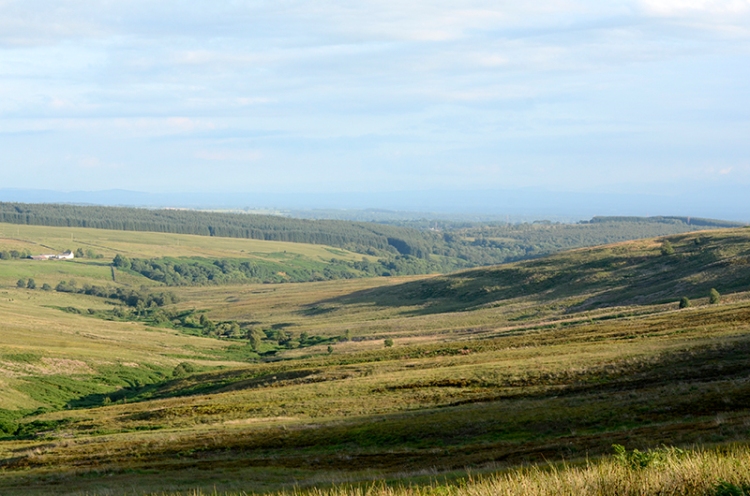 By eight o’clock, the light had faded and my stomach was muttering about the need for food so we left two other enthusiasts still bird watching and went home.

Owing to the distance, I couldn’t catch a flying owl of the day so I am signing off with a sitting bird of the day today.  If you look very carefully you can just see a hen harrier on the skyline. 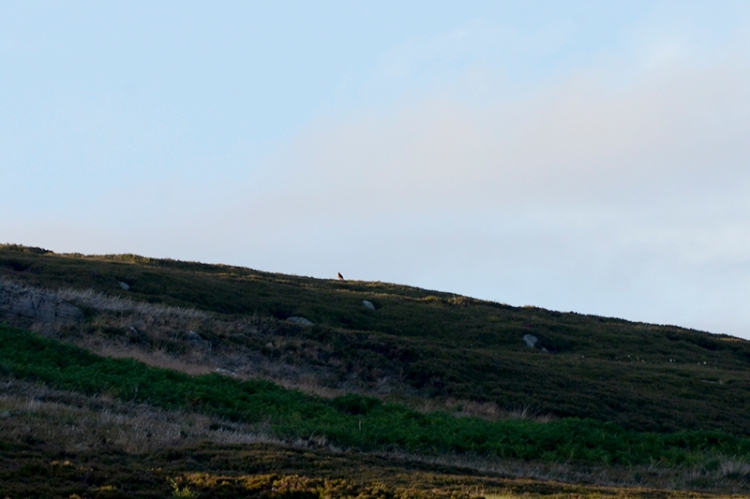