Today’s guest picture shows Barrington Court in Somerset, recently visited by my sister Mary who kindly sent me the photograph. 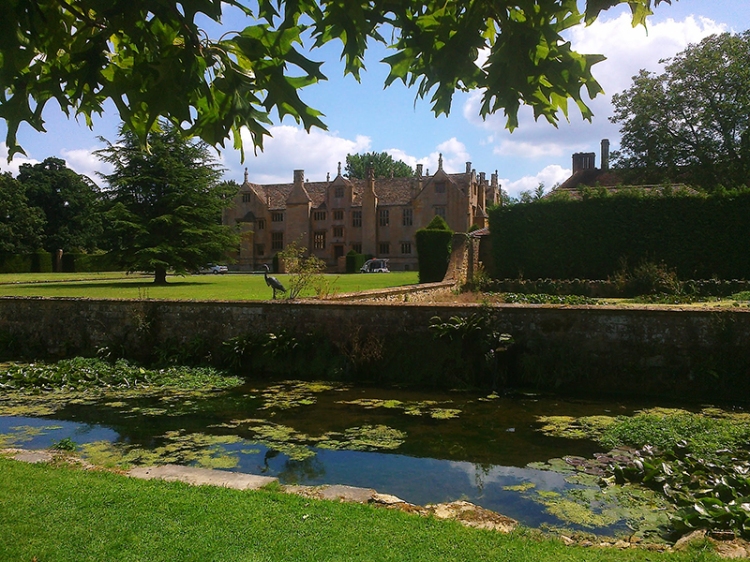 We came to the end of our endlessly sunny weather today and to my relief at least, it was quite a bit cooler outside.  It was still a pleasant day when we got up and after Mrs Tootlepedal had gone off to sing in the church choir, I ventured out for a few test miles on my speedy bike to see how the hip felt.

It was still abit sore when I got on the bike but as is so often the case, cycling was no problem once I got going.  I  intended to do an undemanding nine miles but I might have been tempted to go a little further if a few drops of rain hadn’t made me stick to my original plan.

There was a profusion of wild raspberries by the roadside …

…but they proved to be  a bit past their best when I stopped to sample some of them.

It was just as well that I had not gone any further because once I had got off the bike, my hip was still quite sore.  I abandoned any hope of doing some useful mowing and wandered round the garden instead.

The Shirley poppies that looked so good in Mrs Tootlepedal’a new border yesterday morning had all gone by yesterday evening.  Fortunately they had been replaced as if by magic by a new set today.

There are a hopeful signs that the yellow crocosmia which are supposed to go with them will be on the go very soon.

The cosmos are looking better by the day… 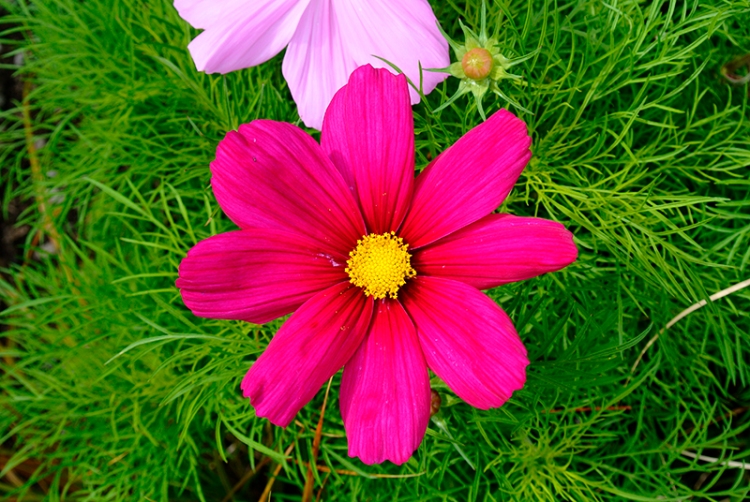 …and are attractive to more than just my camera.

We were visited by Dropscone who came round for a late coffee after he had done a thirty mile ride.  He was pleased with both his cycling distance and his recent golf round where he nearly scored a hole in one. I have decided that it would be too early to start pedalling with him yet so we are going to go out separately tomorrow morning and meet for coffee afterwards (if all goes to plan).  Dropscone also brought round a couple of heavy rain showers but they soon passed.

It occurred to me while I was cycling this morning that the present bout of hip pain may have been brought on by lifting a couple of bags of compost a few days ago rather than by any cycling efforts.  I know perfectly well that I shouldn’t lift anything remotely heavy but it is difficult to remember not to do something which you can in fact do quite easily and with no immediate ill effects.  It is only a few days later that you realise that you shouldn’t have been so stupid.

The rest of the day was spent alternately resting and wandering round the garden to ease the discomfort that sitting brings on.

A new clematis had come out….

…and the honeysuckle on the fence is going full blast… 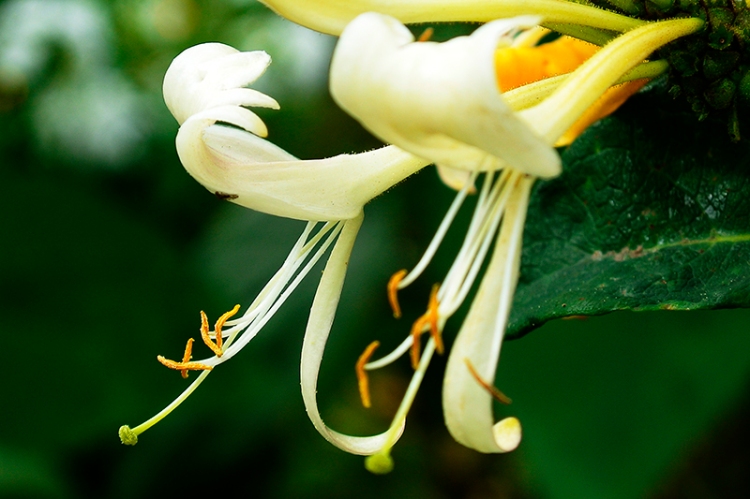 …and the variegated phlox has produced flowers.

The ligularia is coming to the end of its run and the red crocosmia is going to be over soon.

The current favourites of Mrs Tootlepedal and myself looked good today.

When the sun came out in the afternoon, it made a red Astilbe fairly sparkle.

The garden seems to be getting ever fuller of sparrow families.

Sometimes when I go out, twenty or thirty sparrows will rise up at the same time.

A series of rather dull posts recently have reflected some rather dull sitting down days so I certainly hope to be able to get about more next week.

24 thoughts on “A little adventure”