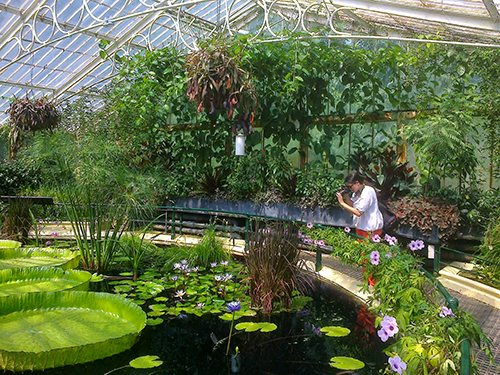 The day started with Mrs Tootlepedal getting up at crack of dawn to visit the world’s greatest baby in Edinburgh.  Matilda was very pleased to see her.

I got up later and went off to the Health Centre again, this time for a blood test.  It turned out that I still had some so I came home again quite pleased.

At coffee time, Dropscone appeared bearing the traditional Friday treacle scones.  He had been round the morning run in a good time but he was unhappy because his golfing career has been scarred by an outbreak of shanking.  For non golfers I should say that shanking means that when you try to hit the ball in one direction, it flies off in a completely direction.  This makes good scoring very hard indeed.  It comes out of the blue with no warning and is very upsetting and  hard to cure.  As a former sufferer myself in my golfing days, I could feel his pain.

While we were sipping our coffee, it started to rain very heavily.

The birds took a dim view of this.

Sandy appeared as Dropscone left.  He had very kindly agreed to give me a lift up to the Moorland bird feeders.  I was going to cycle up as Mrs Tootlepedal had gone off in the car but the heavy rain had made that an unattractive proposition.  We filled the feeders and came away without spending any time bird watching.

The only bright thing about the morning was the clump of sunflowers outside the window.

I pottered about until lunchtime, occasionally looking out of the window… 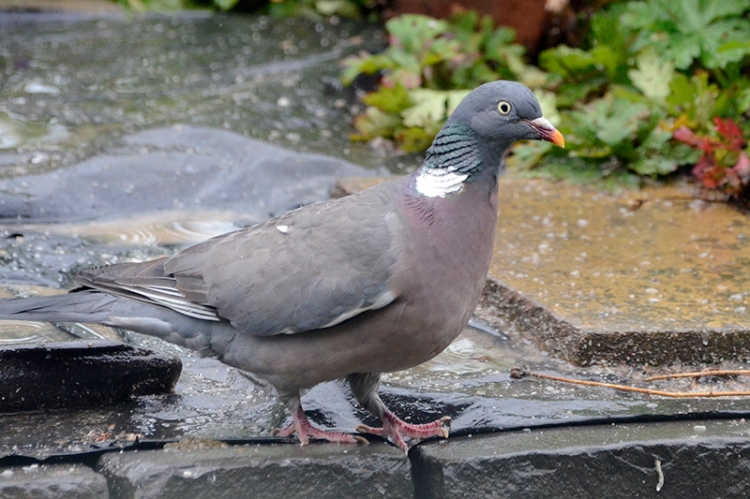 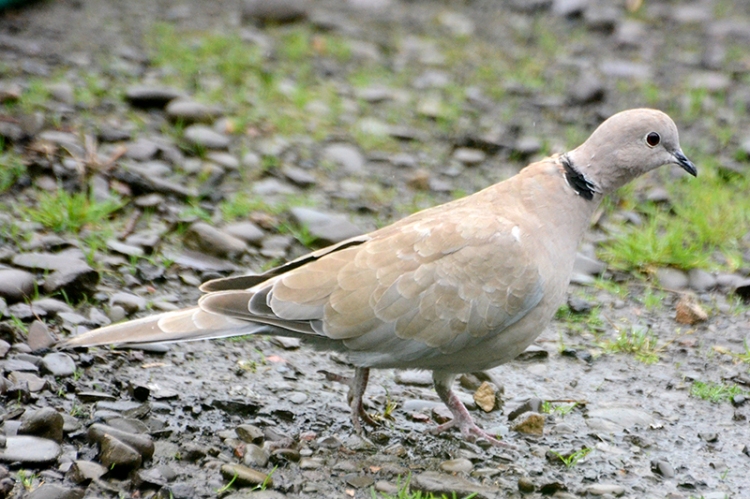 …until it was time to walk round to the Tourist Information Point in the rain.  I wasn’t expecting any visitors in the miserable weather but I was pleasantly surprised to receive two sets of visitors from the continent and one pair from England.  This helped to pass the time and when Sandy appeared to offer me a lift home and the rain stopped, the world seemed to be a better place.

When I got home, I spent a little time watching some blue tits come to the feeders…

…before taking a quick stroll round the garden.

The new lilies are looking more impressive every day. 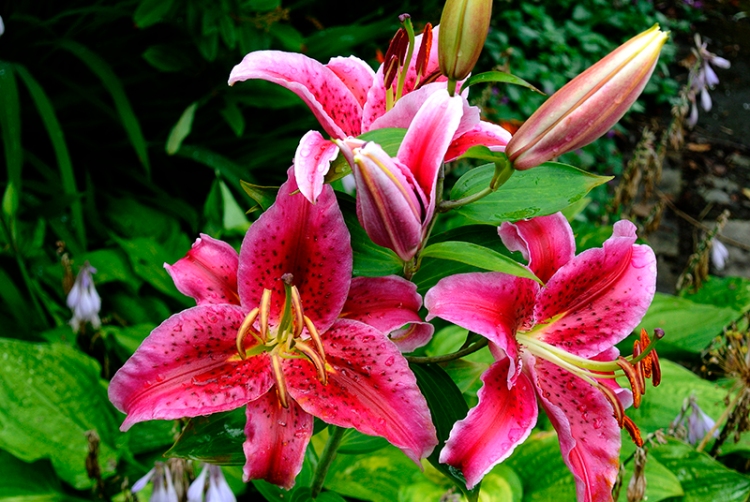 …and Mrs Tootlepedal will be very pleased to find out that the yellow crocosmia are at last coming out to join the Shirley poppies.

The poppies were crying with joy.

After a dreich morning, the afternoon had turned out so pleasantly that I was tempted out onto my speedy bike.  The road mending bodgers have been busy and filled every pothole between Langholm and Waterbeck so the journey was much more relaxing than when I had to keep a sharp eye out for danger all the time.  It was warm and the wind was light so I was able to thoroughly enjoy my ride.

I didn’t take any photos on the ride as I was concentrating hard on cycling in a  low enough gear to keep my pedalling cadence up to 80 rpm for as much of the time as I could.  I don’t have a cadence meter so the only way to check is to watch the seconds go by on the bike computer and count the pedal rotations and see if i can do 13 in each ten second segment.  I checked regularly and I was able to keep to the target most of the time.  Of course, I probably pedalled a little harder when I was counting than when I wasn’t so I might have to upgrade my computer to get  one with a cadence meter to get the true picture.

To make up for not taking any pictures while I was cycling, I took one of my speedy bike resting at the end of the ride. 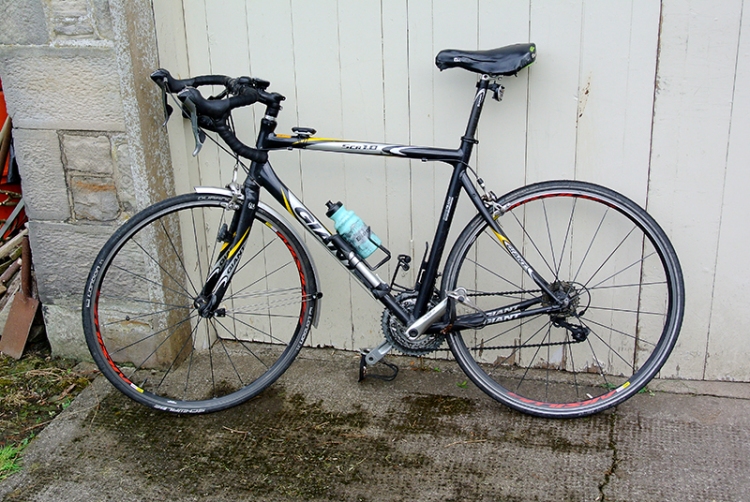 It is a few years old now and apart from having two new wheels, several new tyres, new brakes, new handlebars, a new seat, new mudguards, new pedals, new front sprockets and several sets  of new back sprockets and chains, it is exactly the same as when I bought it…..but to be fair, it has done over 25,000 miles.

There was still enough light to look at  flowers so I took the opportunity to catch a white nicotiana. They are at their best in the evening…

…and I enjoyed a lofty sunflower which has just opened.

I had two choices for flying bird of the day and being in a cheerful mood with much less pain from my hip, I have put them both in, though neither are brilliant photographs as it was raining when I shot them.