Today’s guest picture shows a Venetian scene.  My daughter is there, working at the Venice Film Festival.  It’s tough to work in these conditions but she puts up with it.

My legs had been grumbling a bit yesterday on the way back from our cream tea and they were positively mutinous this morning so I hearkened to their discontent and put them through nothing more strenuous today than a pedal up to the High Street to visit the chemist.

I could have avoided even this gentle exercise if I had known that the chemist would be shut when I got there.

I did manage a little walk round the garden…

….where I managed to avoid taking a picture of the poppies for once.  Three or four clematis plants seem to able to ignore the chilly weather.

As the wind was from the east and quite brisk, I was pleased not to be out on the bike.  Sometimes the legs know best. 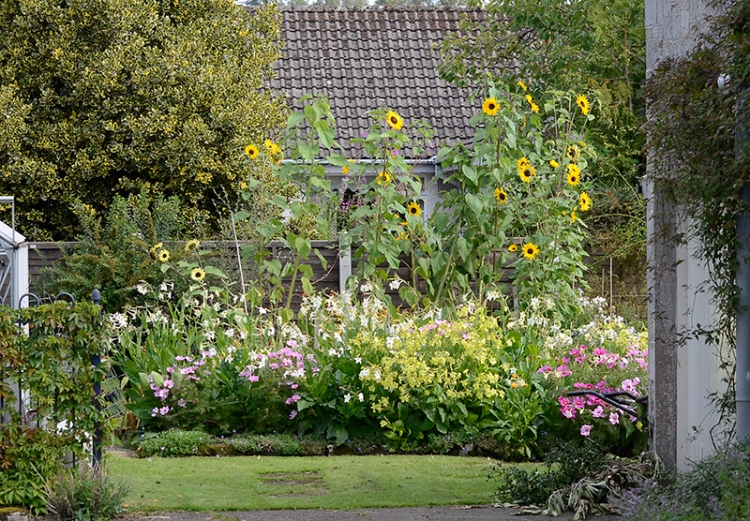 …and even though we have lost quite a few to the recent high winds, there are several sturdy plants still standing.  I was able to get a good picture of them as Mrs Tootlepedal had gone off in the car at the crack of dawn to catch a train to Edinburgh.  Matilda’s mother has hurt her back and lifting Matilda, who is a large baby, is difficult so Mrs Tootlepedal had gone to give her some assistance. 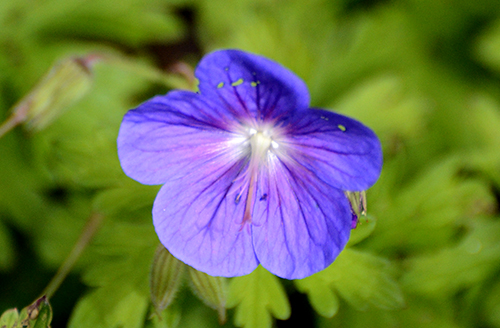 …just to celebrate its longevity.  These little blue geraniums have been in flower for several months now.

Dropscone, who is a hardier man than I, dropped in for coffee after having been round the morning run.  He had found the wind quite hard to battle against at times but he had enjoyed himself.  He tells me that he was out playing golf in the terrible rain and hailstorm that we encountered on Saturday but it had been short enough that he had more or less dried out before he got to the end of the round.

After he left, I made some potato and bean soup and enjoyed it for my lunch with some sour dough bread and goat’s cheese.  My Mediterranean diet seems to have slipped a bit north for the moment.

I spent the afternoon lounging in a hot bath and practising on my new flute (after I had got out of the bath of course).

I found some time to stare out of the kitchen window.

As you can see, the feeder was in demand.

But as I was in restful mode, I took a couple of peacefully perching chaffinches to reflect this. 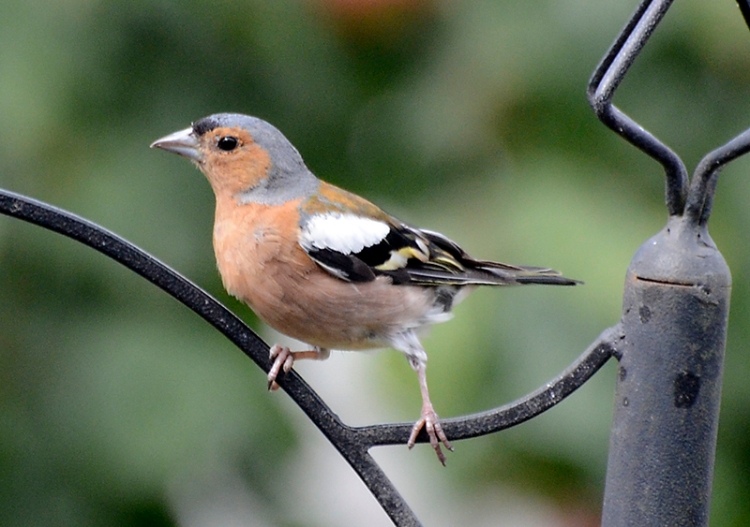 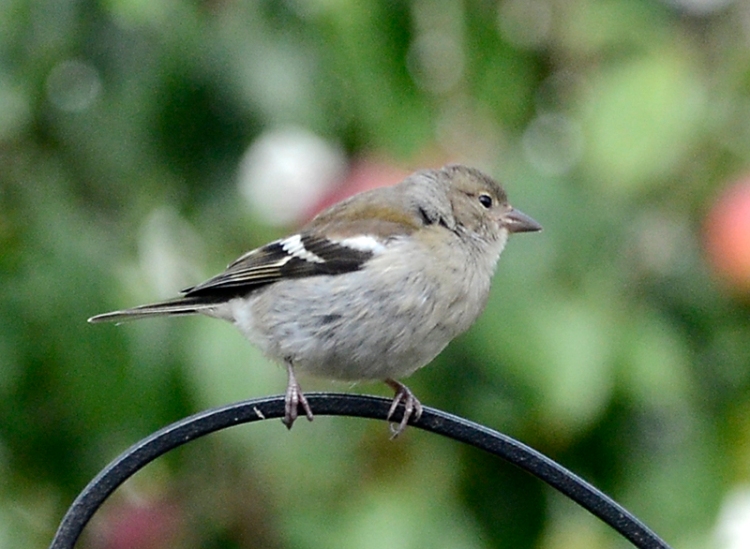 In the evening, my flute pupil Luke came for his lesson and we embarked on the tricky question of fingerings for high notes and trills.  As I have to look these up myself, it may take some time before we have mastered these.  Luke’s music reading is coming on very well and we are now trying to install that mental metronome into his head that is essential for playing in ensembles.

Mrs Tootlepedal, who had gone off just after six in the morning, returned at eight in the evening.  Unsurprisingly she felt a little tired but perked up when she found that I had prepared a restorative dish of semolina for her.

A chaffinch just squeezed into the frame to make flying bird of the day.

27 thoughts on “Listening to my legs”