Today’s guest picture shows a view from the veldt in South Africa and was kindly sent to me by Tom, a Langholm exile, who has recently returned to South Africa from a visit to his home town.

The rise in temperature over the past day or two has been accompanied by strengthening winds.  As a result of forecast gusts of 35 mph, I judged it more sensible not to go out to do battle with them this morning and I idled an hour or so  away, occasionally glancing out of the window….

….until Dropscone appeared at coffee time bringing with him some of his tasty treacle scones.  The fact that we hadn’t earned them didn’t make them any less welcome.

Mrs Tootlepedal had gone off to visit a garden centre in the hope of finding wonderful plants for next season.

After Dropscone left, my day continued in a relaxed fashion.  I cycled along to the Buccleuch Centre and booked tickets for six of their forthcoming shows.  Sometimes their seasons don’t have a great deal to entice me along (though there is always something good) but the next couple of months have a lot that I would like to see and I had to stop at six shows for fear of breaking the bank.

When I got home,  I made some potato soup and ate quite a lot of plums.  Mrs Tootlepedal returned from the garden centre, vowing never to go to this particular one again though I think that she may have said that before.

It was too windy and grey to make taking pictures in the garden any fun today so I didn’t take any.

After lunch, I went off to the Tourist Information Point at the Kilngreen and had three visitors in the first two minutes.  I was quite excited.  I had time to calm down though as the next visitors didn’t come until nearly two hours later and then they were two of the first visitors dropping in on their way back from the town.

I went down to the waterside when I had locked up to see how Mr Grumpy was.  He was standing in a field on the far side of the river and it was hard to tell how he was feeling. 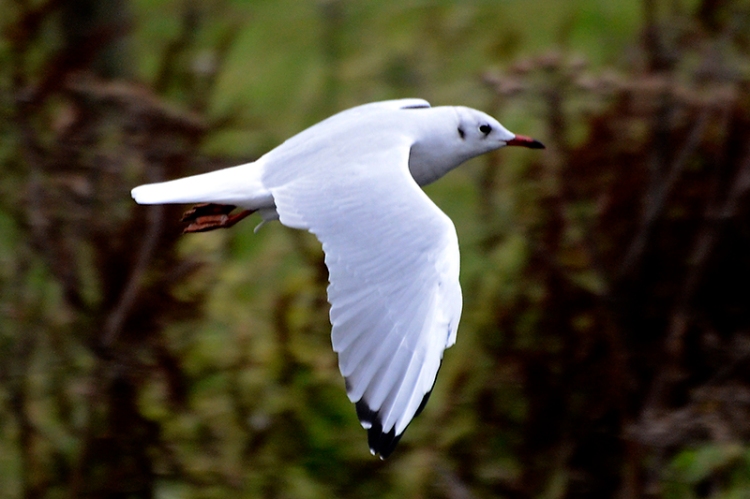 …I was soon on may way home.   Just before I got to our gate, I saw Mrs Tootlepedal bearing gifts of plums to a neighbour.  She had picked all the plums off the tree while I had been out.  I rang another neighbour and she came across and took a good quantity of plums too.  We were left with hardly any…

….perhaps about 100 or so!  It is amazing that no branches on the tree have broken.  We must have thinned out at least as many plums before they ripened as we have taken off the tree.   Mrs Tootlepedal has already frozen two batches and she made plum crumble for our tea and I will make plum jam tomorrow but there will still be a lot left.  Luckily their flavour is excellent and we are enjoying eating as many as we can without making ourselves ill.

In the evening, Mrs Tootlepedal went out to attend a political meeting regarding the forthcoming vote on independence for Scotland while Mike and Alison came round and I played several sonatas with Alison using my new flute.   It is well worth the money as it is far easier to blow than my old one and definitely makes a better sound.

We are living in interesting political times and Mike and Alison told us that they had been interviewed by a journalist from Al Jazeera earlier in the day.  That is not something that happens in Langholm every day….or indeed, ever.  It will be sad if the conservative tendency triumphs over the optimists and the vote goes for no, as we will then return to being terra incognita again as far as the national news media and the corridors of power are concerned.

I am hoping for a more interesting photographical day tomorrow.  Meanwhile, a chaffinch obliged by posing for flying bird of the day today.