Today’s guest picture shows a typically British summer seaside view.  It was taken at Hastings by my sister Mary, who blames the strong and chilly wind for the absence of fun lovers.

My day started with a gentle 28 mile cycle ride with the minister, Scott.  After the very hilly ride of last Wednesday, we chose a less demanding route today.  A brisk wind in our faces as we set out made for a slow start but once we turned out of the wind, things began to look up until, just as we were beginning the glorious downhill, downwind rush for home, Scott found that he had a slow puncture.

We pumped the tyre up but a mile or two later, it had gone down again and rather than risk damage to his smart new wheels, Scott stopped and I pressed on home to get the car and return to rescue man and bike. I was just on my way out of the town, when I passed a strangely familiar figure in the passenger seat of a van coming the other way.  It was Scott who had acquired a lift for himself and the Bianchi from a passing Samaritan.  It is always helpful if the Samaritan has a van big enough to put a bike in the back.

Scott arrived (on foot) at the house shortly afterwards and we enjoyed a cup of coffee.  I found later that Dropscone, who golfs on a Saturday, had been out by himself at an early hour, whizzing round his favourite morning run.

When I walked into the street with Scott after coffee, we found Mrs Tootlepedal engaged both in clearing out some brambles from a neighbour’s fence which were encroaching onto the footway and simultaneously indulging in a lively discussion on the merits of Scottish Independence with two other local residents.  It was hard to tell whether the brambles or the discussions were more pointed.

After politely agreeing to differ, we retired into the garden where we were amazed by the height of one of the sunflowers….

…and delighted by the poppies.

As I have remarked, the poppies really attract insects…..

…and it is sometimes quite hard to get a picture of one without a bee or hoverfly sitting on it.

After lunch, I had a quick check on the bird feeder….

…and then we decided to make the best of a bright and breezy day by combining a drive with a short walk.  Our destination was the Castle Loch at Lochmaben, one of several lochs there.

It was quite breezy….

…so we were pleased to find a well made path through the woods beside the loch which took us down to Lochmaben Castle after which the loch is named.

On our way we passed several wooden sculptures….

(The vendace, Coregonus albula, is a rare freshwater fish that inhabits deep, cold lakes but was a victim of pollution here and has now died out in the Lochmaben lochs.  The lochs themselves, like Talkin Tarn which we visited recently, have formed in kettle holes left by the last ice age.)

My favourite of the sculptures was this wooden woodpecker. 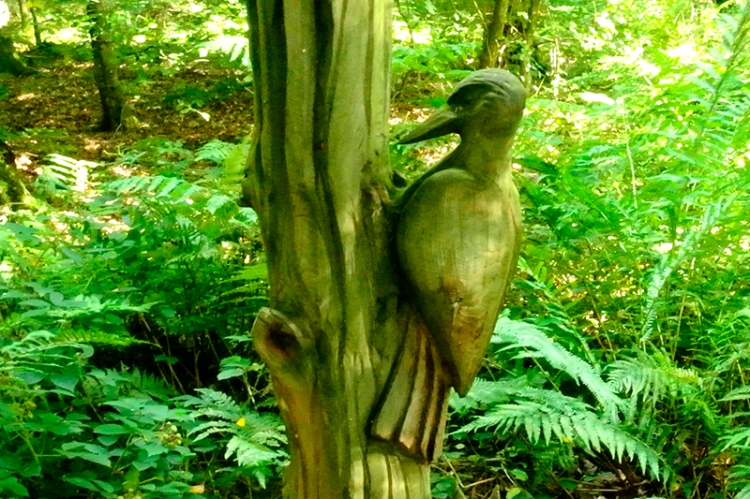 Although the vendace have gone, there must be other fish left in the loch because we passed many signs about the rules of fishing in the loch and were able to sit on one of the little jetties provided for fishermen. 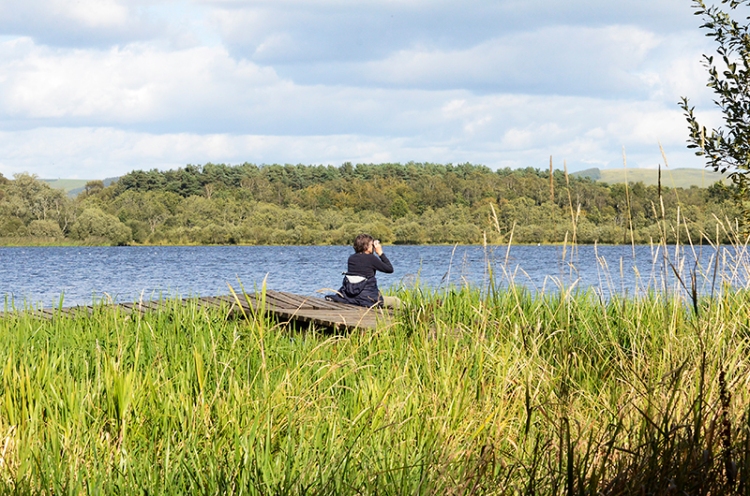 Mrs Tootlepedal had brought her binoculars and searched for interesting birds while I took several photographs.

I looked back up the loch towards the sailing club and the town of Lochmaben. 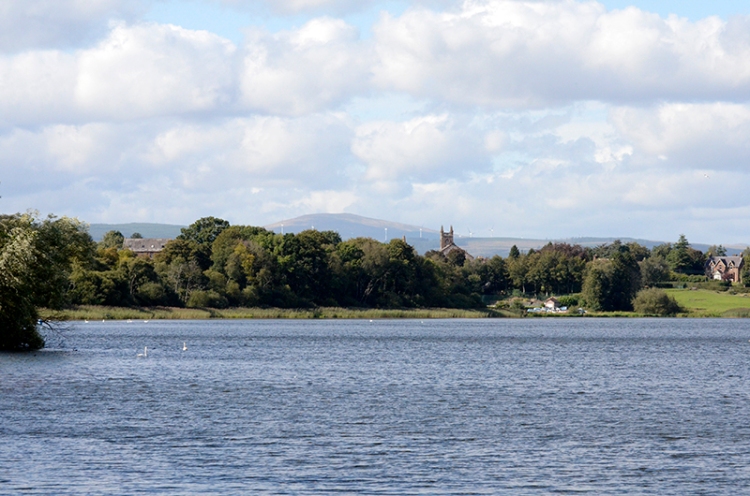 There were heron over head…

…and swans on the water….

…and I even saw a brilliant flash of blue from a kingfisher flying past, sadly much too speedily for me to catch with the camera.

Although the Loch is quite large, sometimes there wasn’t enough room for the sailors and the swans.

After our walk through the woods we arrived at the castle at the foot of the loch.  It is pretty well ruined now but there is enough left to give a hint of how it must have looked.

A helpful notice board told us that it was retaken from the English by Archibald the Grim.  We felt better for knowing this.  I checked on the internet and the recapture of the castle was in 1383….or 1384….or perhaps 1385 depending on whom you believed.

We had hoped to walk right round the loch but a lack of sign posts at a crucial moment meant that in the end, we returned by the way that we had come.  There was a feast of blackberries to be had on the way…

…so we didn’t starve.

When we got back to the car, I took a last look at the Loch with my phone camera, which likes bright days and strong colours…

…and we set off home, via Ecclefechan where we stopped to buy a little light refreshment.

It was a really good outing.

During the day, Mrs Tootlepedal made a batch of plum chutney and we gave more plums to the minster and several of our neighbours but we still seem to have a lot left so plum jam is definitely on the to do list for tomorrow.

Amidst the excitements of cycling and the outing, I managed to catch a flying chaffinch of the day.