Today’s guest picture shows William and Sara, two happy prize winners at the Eskdale show today and comes thanks to modern technology from the phone of their mother Liz via her husband’s phone and then on to me by email.  Who knows how many miles the dots have travelled to bring me a picture taken 200 yards away at their grandfather Mike’s house.

The show was the main business of the day for Mrs Tootlepedal and me.  I was up early to take my pictures up to the tent.  It was a cold but bright morning and the showground on the Castleholm looked at its best.

Early competitors could be seen at work.  On one side of the field an anxious farmer was blow drying his cattle and on the other, a horse was being put through its paces.

I didn’t stop to see the stock classes being judged but went home for breakfast.  It wasn’t long before Mrs Tootlepedal went up to the field where she was going to help with the disabled driving classes and I was left to do the crossword and wander round the garden for a while.  The cold start to the day hadn’t discouraged the flowers.

Or a small number of hardy insects.

After an early lunch, I went back up to the field to see Mrs Tootlepedal.  There were two pony carts on the go and each cart has to have an able bodied and experienced co-driver and at least two assistants on hand.

The ponies are carefully chosen for their calm behaviour.  The carts were driven into the ring for a cone driving competition and the drivers did a good job in negotiating the narrow gates.

Pausing only to admire a handsome horse and foal….

…who were having a well earned feed after winning their class, I left Mrs Tootlepedal and the ponies to their work and went down to the Industrial Tent to see how my photographs had gone on.

I had put three pictures into each of the five classes and Mrs Tootlepedal’s poppies and sunflowers came up trumps, winning all three prizes in the flower study class.  My black and white photos and a selection of butterflies, birds and insects didn’t catch the eye of the judge with the exception of a nuthatch which I had seen from Mel’s hide a few days ago.  It got a third.

My favourite picture of all that I entered, a study of storm clouds behind the Monument, only managed a third in the weather class, just showing that you never can tell what a judge will like.  Two pictures of horse racing on the Castleholm during the summer months got first and second in the sports class and this meant that I am now the (modestly) proud possessor of the cup for most points in the section.

I was modestly proud because neither my friend Sandy, who was assisting the judge, nor the winner for the past few years had entered any pictures this year.

There is a grand parade of prize winners before the prize giving and this would have been a great opportunity of photographs if it hadn’t been extremely gloomy and intermittently raining by this time.  I took a couple anyway.

Mrs Tootlepedal had been on her feet for several hours by this time and two hours standing is more than enough for my knee so we didn’t stay to enjoy all the fun that we might have.  We did catch the terrier racing but it was too quick for Pocketcam in poor light…. 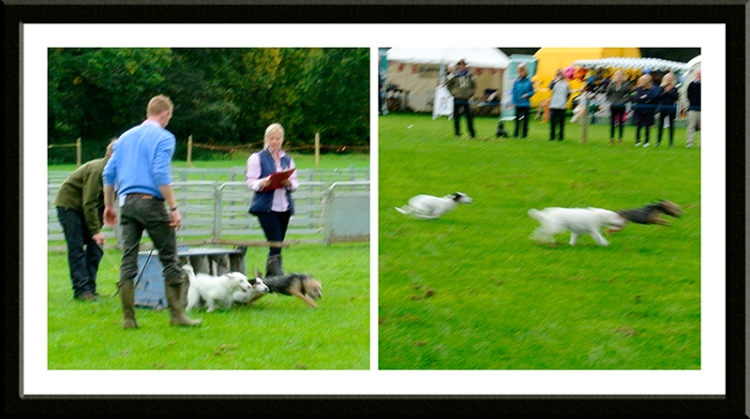 …but in fairness, the terriers go at a terrific rate.  My neighbour Liz’s terrier was a worthy second.

I took the opportunity to snap William and Sara’s winning works as we went into the tent to collect our pictures.

By the time we got home, in a typical jest by the weather gods, the sun came out and it was a beautiful evening.  I had a last wander round the garden before sinking into an easy chair. 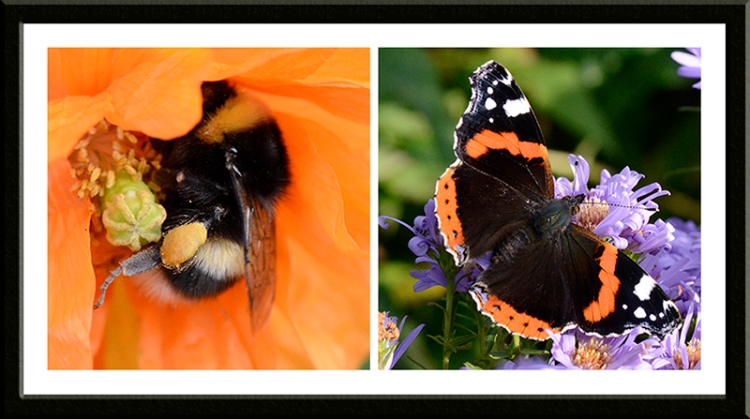 For some reason there had been no birds at all at the feeders in the morning and there were very few in the evening either. I wondered whether a sparrowhawk was roaming the neighbourhood or if the colder temperatures had kept them away but neither of these explanations seems a very likely reason for a whole day’s absence so it is a mystery.

One or two birds came to browse under the feeders in the evening.

And a bold blue tit perched for a moment before flying off. 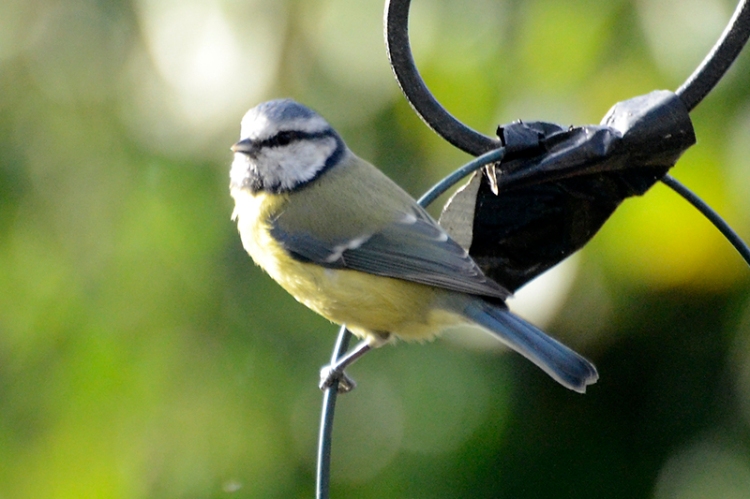 The big lesson from today is that I must do some serious work to improve my black and white photographs.  It is no good taking colour pictures and then trying to find one suitable for conversion.  I will have to start looking for things that will look good in black and white before I take the picture.  This will need quite a bit of training for my photographic eye.

I got just one chance of a flying bird today and this is it.  (I look forward with interest to see of the birds return tomorrow.)

28 thoughts on “Showing off”