Today’s guest picture comes from my Newcastle correspondent who met these fearsome beasts on a trip to Wallington, a National Trust property near Morpeth.

I didn’t take the opportunity to go for a morning pedal with Dropscone today and I am very happy about this as he tells me that he had a ride that can best be described as interesting.  He went round his preferred route for a morning run.  He had to get off and carry his bike over fallen branches, get off his bike and hide in a hedge as a log lorry came past on a single track road, do the same thing again for a milk tanker on the same road, clamp on his brakes in hurry when he met an unexpected car and dodge half a mile of hedge clippings.  It is hard for me to say why he prefers that route.

I took a different line and had a lie in, a late breakfast and a gentle run up to Wauchope Schoolhouse and back three times.  This gave me the same distance as Dropscone but a lot less harassment.  It suits me on a windy day as there is little climb, a good deal of shelter and plenty of room for me and any passing traffic. Chacun à son goût as they say.

I did have to apply my brakes once when I was getting close to the auld stane brig while homeward bound  on my second lap.  I was delighted to see a deer leap the fence and cross the road a few yards in front of me but surprised when it was followed by another.  I slowed down just in case there was a third and saw two young deer waiting to jump.  Seeing me, they held back and were still munching away beside the fence when I came back on my third lap.  They had disappeared by the time I came past again.  I have occasionally seen a single deer at this point on the road as I think they may cross the road to drink from the river but I have never seen a family before.

The garden was inviting when I got home.

While Crown Princess Margarita was  able to withstand the wind and rain, the late flowering delphinium had been snapped off and lay on the bare soil in a depressed way.

We are getting ever nearer the last poppy but the nasturtiums don’t mind the weather.

Special Grandma positively loves these conditions and is putting out more flowers every day.  In a more modest way, a blue clematis is also thriving. 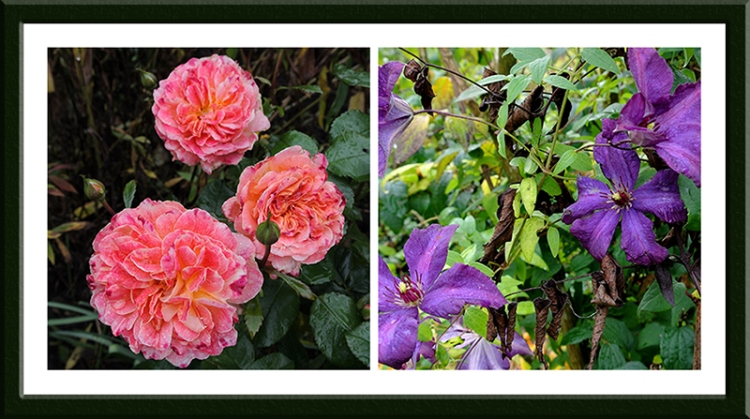 The light was not at all bad by the time that Mrs Tootlepedal and I had had a cup of coffee so after my shower, I went back up the Wauchope road in the car with my cameras.  I had seen some autumn colour when I was biking but I hadn’t taken a camera with me because of the rain.

There was a mixture of trees, some already bare, some still green and some turning yellow.

In between these excursions, I started off a sourdough loaf with my friend Sue’s excellent starter and as that takes some time to appear, I made a fruity malt loaf in the bread machine as well.  While half a loaf is better than no bread, two loaves are definitely better still.

As the weather was holding up well, Mrs Tootlepedal and I took the car a mile or so out of town and went for a short circular walk via Jenny Noble’s Gill and Broomholmshiels.  I snapped away as we went round.

With impeccable timing we arrived home bang on four o’clock. just in time for a nice cup of tea and a biscuit.

I had time to look out of the window from time to time during the day.  The feeders were busy and offered a constantly changing cast of characters.

A chaffinch and a greenfinch bring a very different attitude to posing.

We are promised strong winds tomorrow as part of the second hand hurricane Gonzalo which the Americans have kindly posted on to us so it was extra pleasing to have got a good day today.   That accounts for the above ration numbers of pictures today for which I apologise. I know that readers are busy people.

I had a visit from my flute pupil Luke in the evening and we are still battling to install that mental metronome in his head while he plays.  He has started practising some grade three pieces which will be well within his capability.

To round off a good day, the sourdough loaf, made using a banneton, came out of the oven almost perfectly.

Once again, a chaffinch has pipped all others to the coveted title of flying bird of the day. 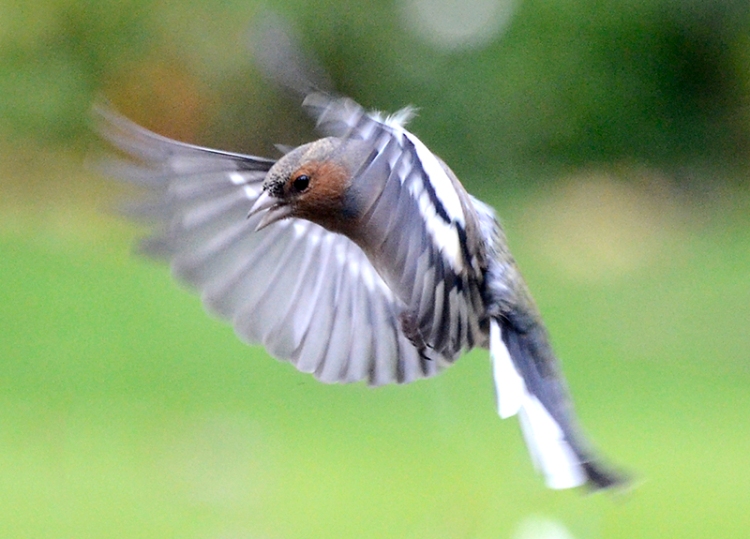 27 thoughts on “At last, a little action”