Today’s guest picture shows one of the few sunny moments of my siblings’ recent visit to The Netherlands.  My sister Mary took this picture in the evening in Haarlem.

We had plenty of sunshine here again today, though it faded away a bit after lunch.  It lit up our scaffolding very well… 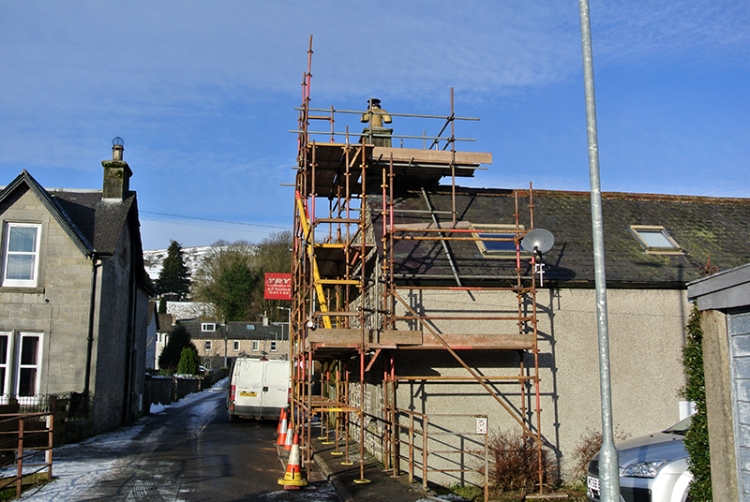 …but it didn’t attract the birds into the garden.  Perhaps the builders at work may have contributed to their reluctance.  I had time for a single dunnock….

…before I caught the bus to Carlisle where I successfully picked up a hire car and drove it home.  Hooray.

I managed to add a robin to my tally when I got back…..

…and found a blackbird as fluffed up as the smaller birds.

After lunch, Mrs Tootlepedal and I put the car to good use and drove a mile to give ourselves a start on one of our favourite walks.  It was above freezing but there was still a lot of ice about on the rough track up the hill so we had to watch our step very carefully.

Because of this, we didn’t spend too much time looking for interesting things in the wood but this tree stump caught our eye. 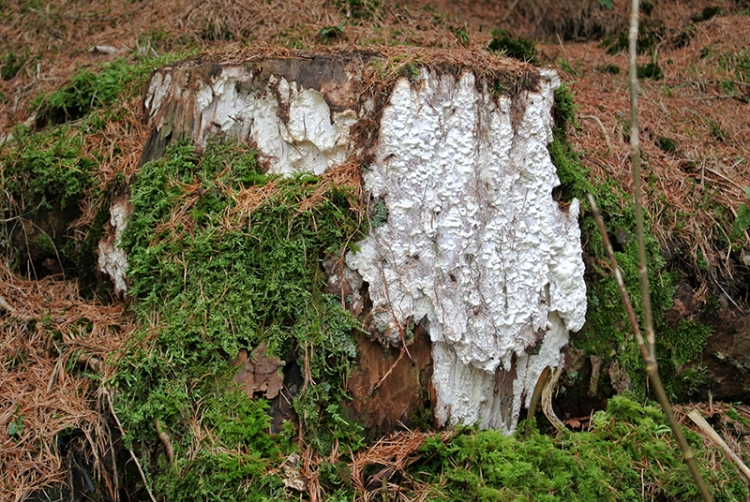 The moss beside the track looked to be flourishing in spite of the snow and ice.

Once we got onto the open hill, the going got less treacherous and we were able to look about.

Looking to the west we could see the last remnants of the sunny day disappearing.

We were able to stroll along the road back down the hill with a lordly air as there was no traffic and it was well sheltered enough from the chilly wind to let me take my hat and gloves off.  The wall beside the top part of the road is rich with lichen and as usual I couldn’t resist a shot or two.

Further down we saw a tree which may go some way to explaining the lack of birds in the garden.  There is a lot of food about.

A curious horse wondered what we were doing.

The best thing about the walk was that I managed it with no stick and no great pain in my knee either going up or down the hill.

Today’s stage in the great end wall development was the removal of the lathe and plaster from the inside of the walls upstairs and down.  This revealed a small fireplace in the upstairs room which had not seen the light of day for many years. 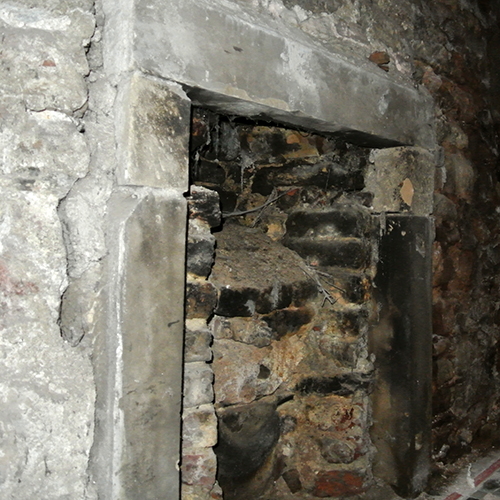 After a refreshing cup of tea and a chat with Mike Tinker, who had dropped in to see if we had managed to acquire a car, I walked up to the town and collected a new glass insert for a cafetiere to replace the one which I broke recently.  The day had gone well so far with getting the car, progress on the end wall, a good walk and a renewed cafetiere and things continued in the same vein as I put in another week of the newspaper index and then after tea, Mrs Tootlepedal and I went off to the first practice of the new season for Langholm Sings, our local community choir.

There were only two tenors so we were under a bit of pressure but every now and again we hit the right notes at the same time to general astonishment and acclaim.

Still no flying bird of the day but I caught one that would have been flying quite soon. 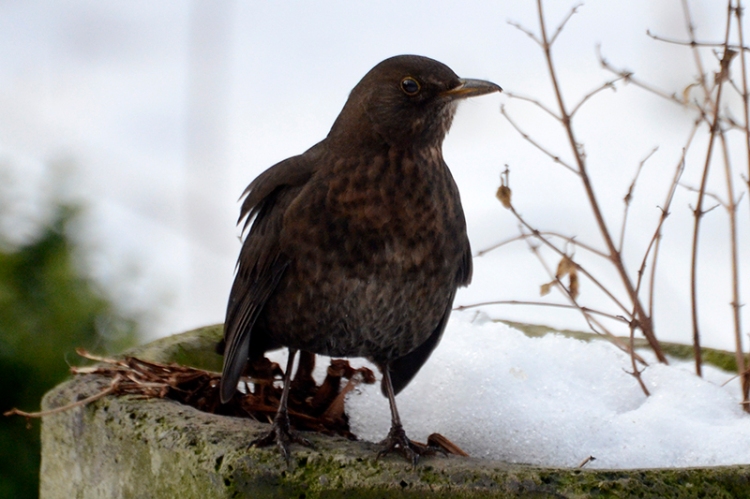 23 thoughts on “Progress on three fronts”