Today’s guest picture is another from Mary Jo in Manitoba.  She was so sympathetic towards Mrs Tootlepedal’s gingerbread problem that she sent me this picture of an absolute disaster in her breadmaker department.  She adds that she couldn’t throw it out out for the birds as it might have killed one if she had hit it.

It was another grey, wet and if anything, even windier day today.  To break the monotony, we had a really heavy hailstorm in the morning…

….and a serious flurry of snow in the afternoon.

Mrs Tootlepedal was not amused to find that the hailstorm co-incided with her shopping trip on her bicycle.  The experience was painful as well as soggy.

The birds were not discouraged though…

…and more and more came during the day… 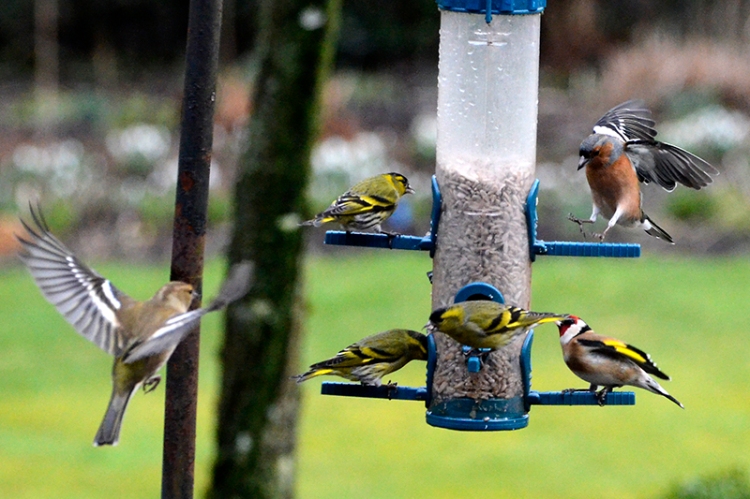 I used the absence of cycling or walking opportunities to put another week of the newspaper index into the database before lunch and then made a rather watery soup.

After the afternoon snow flurry, the sun came out and I guessed that there might be half and hour or so before the next shower so I wrapped up well and scurried round Gaskell’s Walk.  There could not have been a greater contrast to the weather of a few minutes earlier.

It was some degrees above freezing and the snow hadn’t settled at all on the streets though there was just a glimpse of a little lying on the higher hills beyond the town.

There was plenty of water running down the Wauchope after the rain and it gurgled away below my path through the wood. 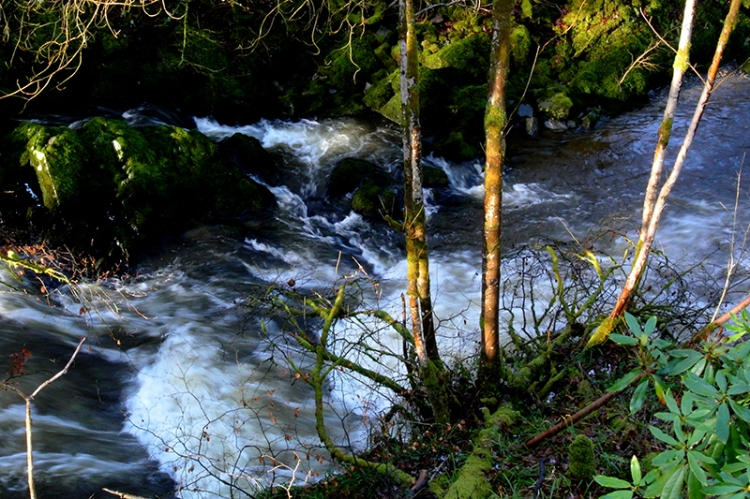 Because of the possibility of another hail or snow shower, I didn’t linger on my way but when it looked as though the sun would see me home, I did stop once or twice to add to my many bridge pictures… 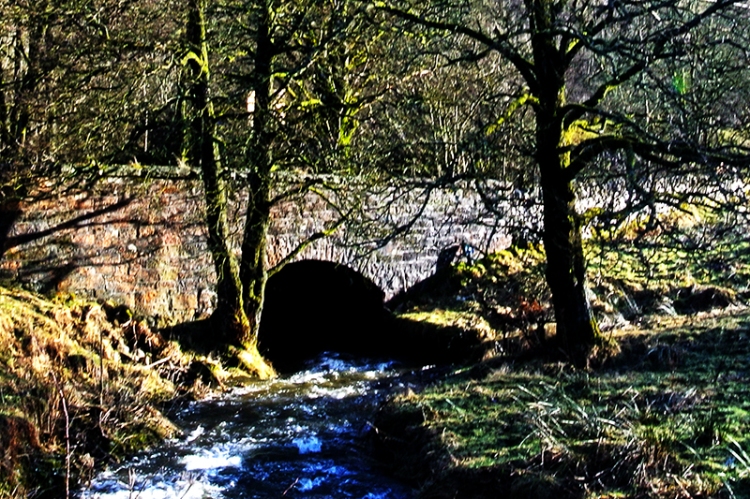 …and my moss collection. 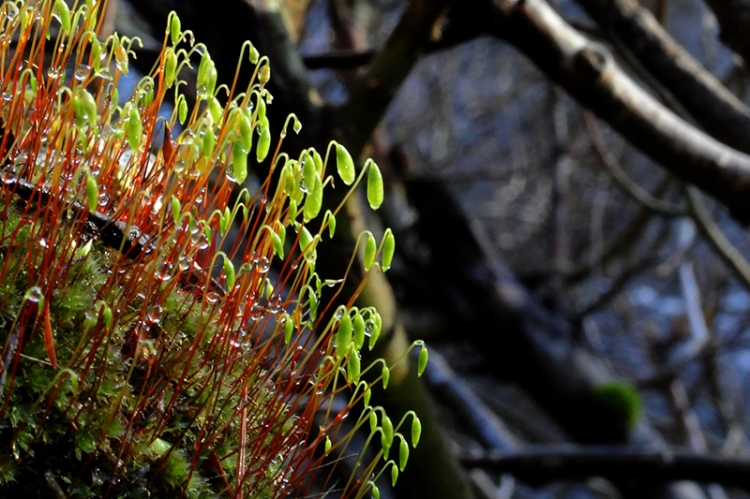 …and in the sunshine, it felt as though spring was getting really close.

When I got back, I noticed that after a day to check them out, there was at last a demand for stale gingerbread scraps from the jackdaws. 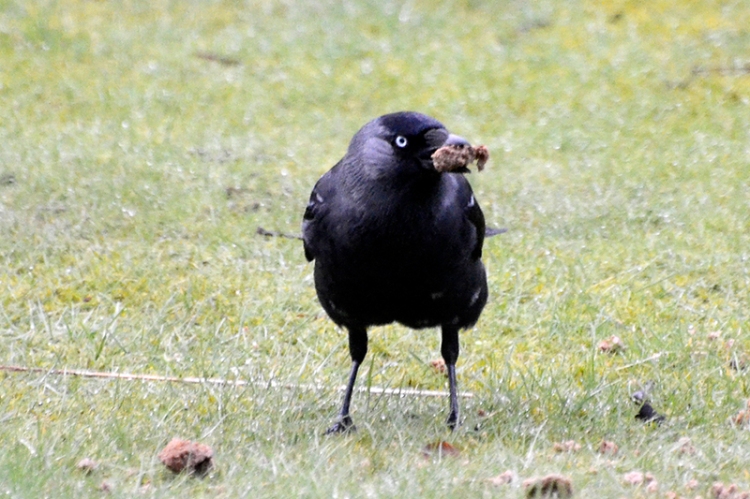 .I did find some daffodils which were well and truly out but they were in jug of water on the kitchen counter as Mrs Tootlepedal had purchased a bunch of stems which the warmth of the house had brought into flower.

I put a second week of the newspaper index into the database later in the day and judging by the forecast, will have plenty of time to out another one in tomorrow.

The end wall has now reached the roof level and all that remains is for the roof to be re-tiled to meet the end wall and we will be sealed up again.

There is a lot of work still to do both for the builders and the joiners with a window frame to put in, floors and the roof to be finished, a fireplace and chimney to be built and all the internal lathe and plaster work to come but we are able now to imagine the work being completed and living in a leak free house.  It is a good feeling.

In the evening, Susan kindly drove me to Carlisle and we enjoyed a good play with our recorder quintet.  We even found some pieces to play which we had never played before. This was an extra treat.

Because of the frequent showers, a flying bird was hard to come by and I only managed to catch one when it was very close to the feeder.

21 thoughts on “What a shower”