Today’s guest picture has been postponed in favour of a picture of my old friend Arthur Bell striding across the golf course which he tended, planted and weeded as though it was his own back garden for many years.

This picture was taken three years ago and his work on the golf course both as gardener and a player….

…was very much on my mind when Mrs Tootlepedal and I attended his funeral service at the Carlisle Crematorium this morning.  I will miss him.

We were given a lift down and back by the Tinkers and sat with them for an excellent meal at the Eskdale Hotel after the service.  The funeral service was a private affair and there will be a public memorial service for Arthur on Friday.

When we got back home after the lunch, it was a fine breezy day so I took a quick walk round the garden.  The combination of the recent wind and today’s sun had left some of the crocuses battered to the ground but still smiling.

Others were still standing.

And other flowers were available too…. 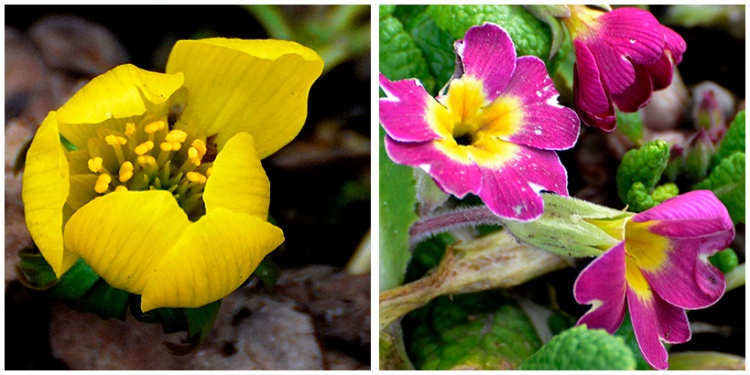 …but nothing new had arrived.  Some of the crocuses had withstood the strong winds in fine style.

For some reason which I can’t explain, the birds were almost completely absent from the garden all day and the seed level in the feeder hardly moved at all.  It can’t have been the builders because for the first time since they started, there were no men at work today at all.  (They should be back tomorrow.)

In the absence of birds, I had a quick look at the pond and there were hardly any frogs there either.  One frog lurking under the bridge stopped long enough for me to get a quick snap. 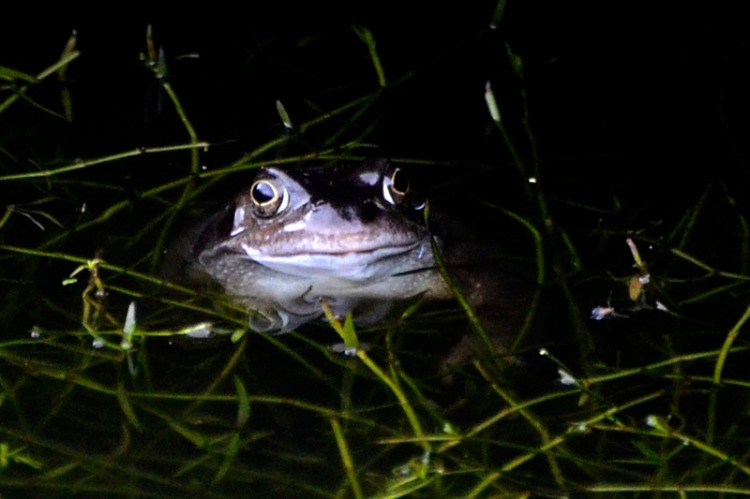 As there were no birds to watch, I decided to go for a pedal.  The thermometer claimed that it was a mild 10 degrees C and with the sun out too, it should have been a day to cast off the heavy winter clothing but there was still a stiff breeze blowing and as it was one of those mean and cutting winds, I kept myself well wrapped up.

…and admire the windmills on Minsca on the other. 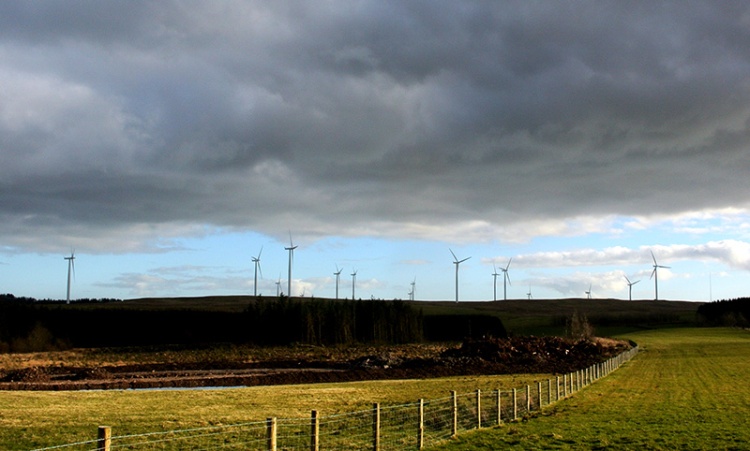 As you can see, there was a mixture of clouds and blue sky and I was grateful for my warm clothes when the sun was in and pleased with the views when it came out.

With the wind and sun behind me, the road back looked inviting….

…but in a very unsporting manner, the wind dropped and I had to work quite hard to get home.

This might account for the very modest speed that I managed for the ride but it might also be down to the extra weight that I am carrying around with me at the moment.  I shall have to do a lot more cycling and a lot less eating to get back to where I was before December.  Still, 26 miles is a new best for my knee so I was pleased with that.

I have been trying to increase my distance with every cycle outing since I was able to get back on my bike but I think that I will stop doing that now in case I put too much pressure on the knee and get discouraged.  Any miles will be welcome.  If I get a calmer, warmer day, I will try for a longer ride.

In the evening, I got my second lift to Carlisle of the day, this time from Susan, as we went to play with our recorder group. Our librarian Roy had picked out a good selection of music and we had an enjoyable play.  Among the pieces was a quintet which Roy had composed himself.  It was quite difficult at a first reading but it will be well worth playing again.

I only got the briefest glimpse of a flying bird today and this was it. 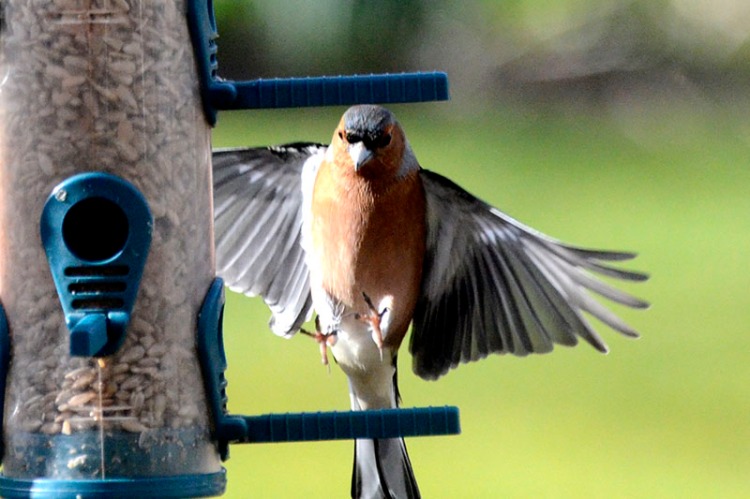