Today’s guest picture shows a view of Buckingham Palace from St James’ Park.  I am going to have a view from my sitting room window like this when I grow up.  My sister Mary took the picture.

Although it was a rather cloudy day, the temperature wasn’t too bad and the wind was light so I leapt out of bed determined to go for a morning ride.  I just made it, finally setting off a few minutes before midday.    It wasn’t as though I had done anything more interesting than the crossword in the interim.  I had spent a little time wondering how this goldfinch had contrived to get a seed to fly over its shoulder….

…and communing with a jackdaw.

I had also been amused by a goldfinch shouting so loudly that a siskin had nearly jumped right out of its feathers.

But I couldn’t find any other reasons for delay and in the end I got going on the 22 mile trip to Gair and back.

I am beginning to feel that I have got a little strength back in my legs but I am far from fit yet.  I did try to press on from time to time but my efforts soon fizzled out and I was back to plodding.  I am going to try to get my average speed for this trip up to 14 mph by the end of the month which will be a start on the road back to full fitness.

The cloud was sitting down so firmly on the top of Callister that I had to stop when I got down the other side and wipe the moisture off my glasses.

When I got home, the cloud was still down on Whita and it looked as though it might be a day for going  up to the monument and getting above the cloud.  I was quite excited by this as it offers good photo opportunities so after a quick lunch, Mrs Tootlepedal and I jumped into the car and drove up to the Whte Yett.

Mrs Tootlepedal stayed at the car and scanned the skies for interesting birds, while I plodded up the track to the monument.

The venture was not very successful for me to say the least.

Instead of burning off the top of the  hill, the cloud stuck around stubbornly. 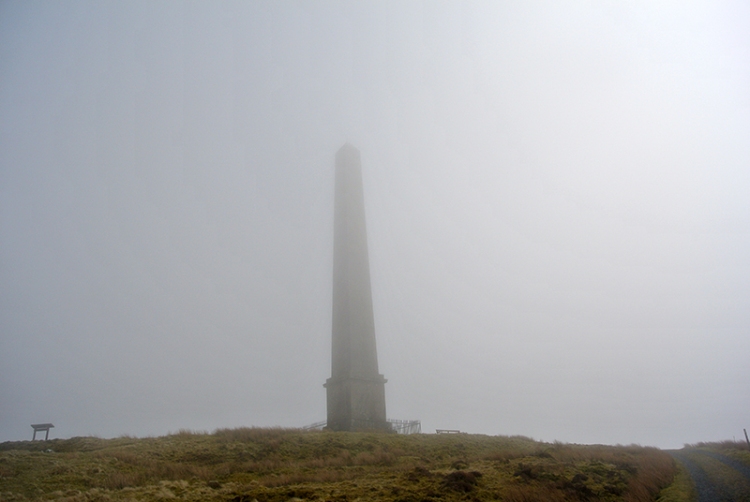 As there was a hint of sunshine, I hung around in hope for a while…

but instead of disappearing, the cloud thickened, blowing up the valley from the south.  This was the total view. 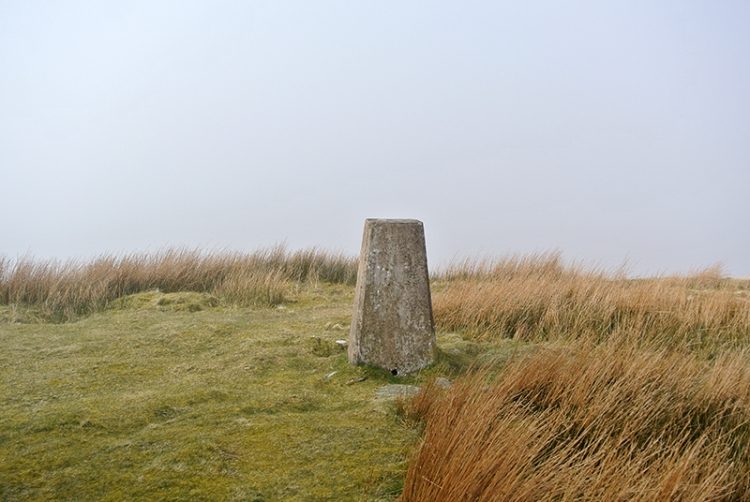 Conscious of Mrs Tootlepedal waiting for me at the bottom of the track, I walked back down.  It was a curious day.  To one side of the track, blue sky… 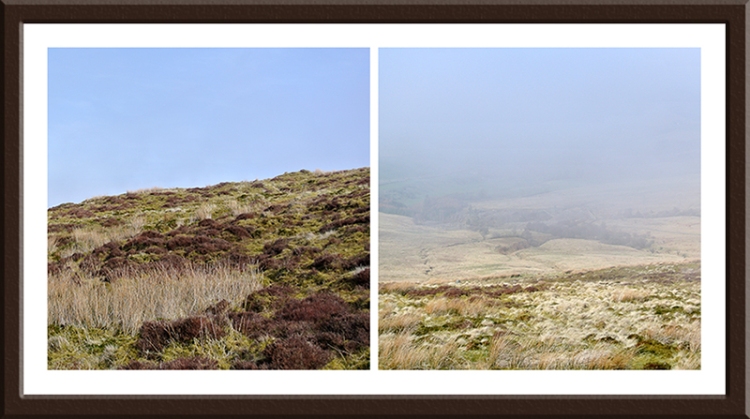 …and to the other, mist covered hills.  When I got to the bottom, I looked back at the monument. 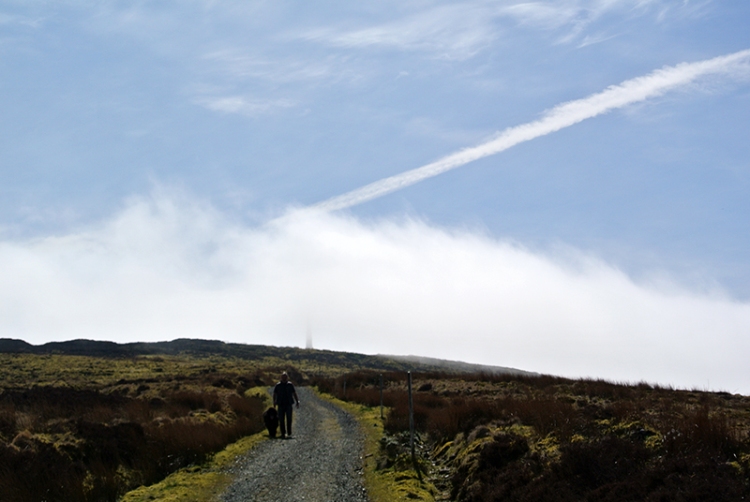 A few minutes later, the summit was clear of clouds.

As a consolation I did manage to spot one of the many larks that were singing their heads off in the sky above me as i walked.

Mrs Tootlepedal had not been bored at all as she had seen a hen harrier, two buzzards and a (possible) kestrel or merlin while I had been away.

We decided to go on over the hill to see if we could see more harriers and owls.

The Tarras valley was a mixture of cloud and sunshine.

It was fate, that as soon as we got parked, the cloud swept up the valley and covered the car and the surrounding moor.  We didn’t linger long.

To rub salt in the wound, the rest of the day in the town was absolutely beautiful but I didn’t have the energy left to do more than wander round the garden from time to time…

…and stare out of the kitchen window when I got in.

This time it was a chaffinch with a loud voice.

The chaffinches were in lively mood.

A passing collared dove looked as though it had been in a fight.

After tea, it was time for me to go to our local camera club meeting.  We had a very reasonable turnout in spite of it being a holiday weekend and although we didn’t have as many photographs to show as we hoped, the meeting was still most enjoyable.  It was helped by the fact that I had remembered biscuits, tea, coffee, milk, a kettle and even some teaspoons so that after we had viewed the images, we had a general discussion and tea break.

This has been an experimental first year but the unanimous feeling was to do it all again next year.

A traditional chaffinch is flying bird of the day.

25 thoughts on “Life in the slow lane”