Today’s guest picture was sent to me by my Newcastle correspondent who was visiting friends when a goldcrest crashed into a window.  It recovered and flew off but not before posing for a picture. 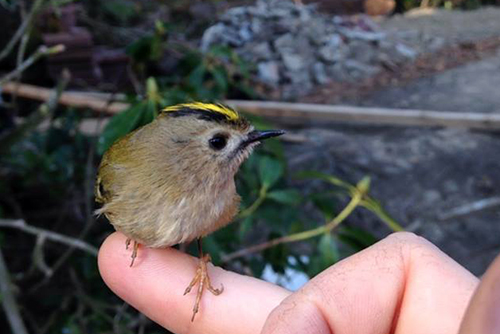 There was not a snow flake to be seen today but I waited for the temperature to drag itself up from the depths before venturing out for a short cycle ride to stretch my legs after a couple of quiet days.  The forecast was a bit gloomy so in spite of light winds, I stayed close to home with a trip to the top of Callister followed by a return trip to the bottom of Callister.

I am having to look after my knee when going up hill as it still tends to be a bit swollen and hot at night so I took the uphill sections carefully but made up for it by dashing back down the hill as fast as I could and just managed to squeeze my average speed for the 21 miles up to 14 mph exactly.  (I apologise to the old lady on the mobility scooter who I forced into the gutter as I sped along the last few metres of the trip in my bid to reach the magic number.)

When I got back, Mrs Tootlepedal called me out into the garden to look at some new flowers.

And the first aubretia are showing at the end of the drive. 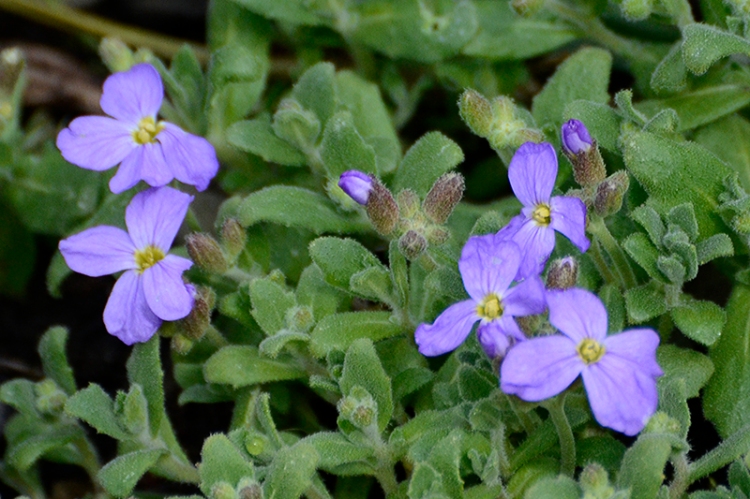 I walked around the rest of the garden.

There were more fritillaria in the back border….

Although they are not quite ready yet, the grape hyacinths are looking good.

The first recorded bird of the day was a jackdaw looking for fat ball scraps.

Though some were more placid.

I was thinking of a short walk after lunch but the light got very poor and some desultory raindrops threatened to justify the gloomy forecast so I settled down to try to do some serious practice of Mozart’s Requiem.   I have rashly enrolled to sing this work at a scratch performance on Saturday.  Sadly there are not enough hours in the day to allow me to master fitting the words to the music in the elaborate (and speedy) runs that keep cropping up so there will be quite a bit of miming on the day…unless the choir master is a genius.

I did have time to keep an eye on a crow which arrived within seconds of Mrs Tootlepedal putting out a few breadcrumbs. 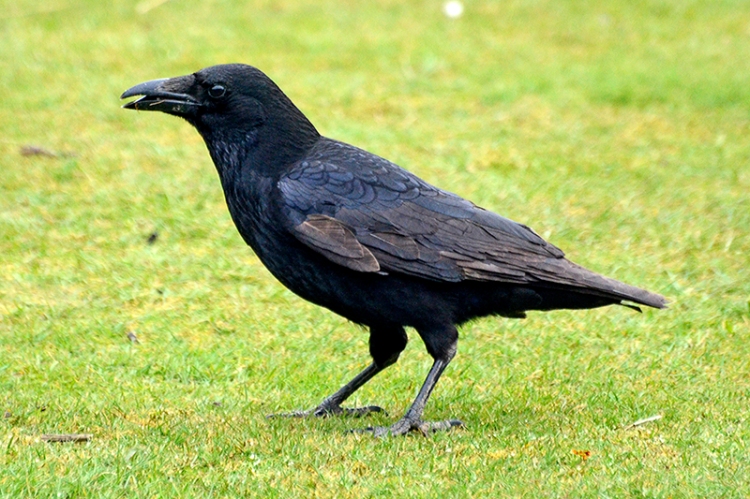 Mrs Tootlepedal generally kept herself occupied by preparing the floorboards round the edge of the front room for a geometrical pattern which she is going to paint on them.  The professional decorator appeared today and he is going to start work on Thursday so the end of the end wall saga is now really in sight.

After I had caused Mozart to rotate in his grave enough times, I had another look out of the window.

It was replaced by a greenfinch.

My long stint in the kitchen hunched over the score was brightened by some of Mrs Tootlepedal’s daffodils which have found their way indoors.

What with school holidays meaning no flute lesson, camera club meetings meaning no trios, my Friday night orchestra visiting grandchildren in NZ and unexpected visitors leading to our recorder group being cancelled, I have been seriously starved on music lately so it was a pleasure to have a visit from my flute pupil Luke and play some duets with him.  He passed his recent grade examination so we are having some relaxed playing while he recovers from all the hard work.

After tea, I added to my musical day by going off to play trios with Mike and Isabel and we had a very enjoyable evening in spite of my lack of practice.

The flying bird of the day is a traditional chaffinch caught in the morning’s brightest moment..