Today’s guest picture comes from my sister Mary’s recent visit to Wales.  As she was with my sister Susan, a steam railway enthusiast,  it is no surprise to find that they managed to fit in a train trip. 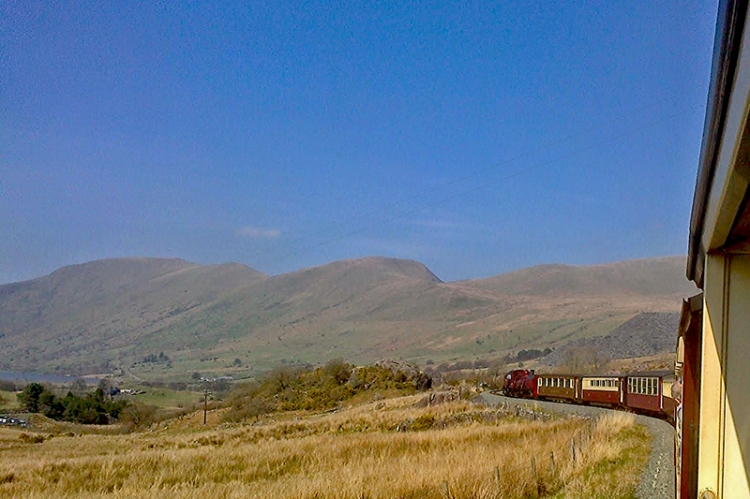 I had hoped to get a decent pedal in before lunch today after being rather short of pedalling over the past few days but although I managed to get going quite smartly after breakfast, I didn’t get very far.   In theory, at 10°C it was quite a pleasant spring day but in practice, a brisk wind from the north ensured that that it was a pretty miserable morning.

Things weren’t helped by some light rain which started as I got up to Mosspaul.  I didn’t have a visor on and my glasses were soon verging on the useless so instead of heading over the hill and down the other side, I cut my losses and turned and headed for home.

There were no birds at the feeder when I got back so I went on a flower hunt instead.    I found a couple of new ones…

..,.,and enjoyed a couple of old friends.

Mrs Tootlepedal had been off to sing with the church choir and when she got back, she busied herself with the task of putting everything back into the upstairs room.  The effort of moving a lot of things out and then having to move them all back again is considerable and the only consolation is that she has been able to throw quite of lot of stuff which she hadn’t realised that we still had.

There is still decorating going on downstairs…

… but it is nearly finished.  Then we need the electrician to finish and we will be nearly home.

After lunch, we went off to sing with our Carlisle Choir after its two week Easter break.  The tenor ranks were very depleted by illness and people skiving off to rehearse for a musical that they are performing on Friday and Saturday with the result that myself and two ladies constituted the entire tenor section pitched against about 60 sopranos and altos.

Surprisingly, this turned out to be really good fun, partly because we could hear ourselves sing very clearly and couldn’t get away with anything less than our best and partly because the accompanist felt very sympathetic and gave us some good quality help round a couple of tricky corners.  All in all, we sang fit to bust (but always tastefully of course) and we felt that we had upheld the honour of the tenor section very well.

The weather had taken a turn for the better in the afternoon and it was a lovely evening by the time that we got home.  There were even some birds to watch.  On the feeder….

…and on hedges and bushes all over the garden. 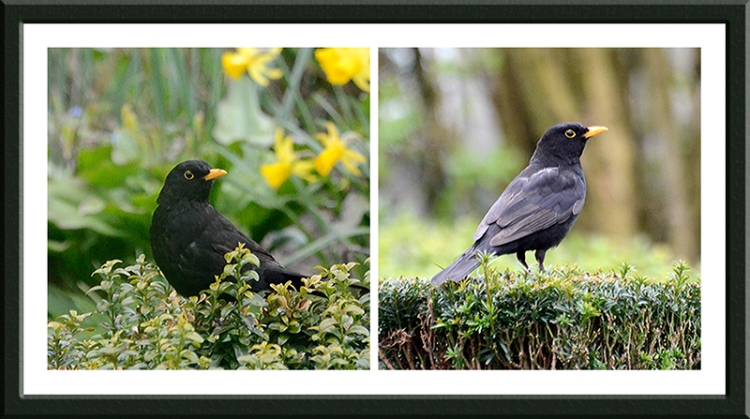 Mrs Tootlepedal had put a venison stew into the slow cooker before she went to church and it made for a tasty evening meal.

On an  editorial note I am keenly aware that the building works and my knee operation have meant that we have been very much confined to barracks for the past four months and as a result, my daily life and thus my diary too has been quite circumscribed.  I would like to thank those regular readers who have had the patience to stick with me in these tedious times and all who take the time to make the comments which I enjoy reading.  I hope that as the weather gets better, when the building works finally come to an end and as my knee continues to improve, then we can get out and about a bit more.   I might also be a little less tired so that the quality of the writing, which has been decidedly stodgy of late, may improve too with a bit of luck.

The flying bird of the day was an evening chaffinch.